This document does a pretty decent job of detailing the ISS solar array. There's one part, however, that is sort of ambiguous and critical to an analysis I'm performing, and so I thought I might ask about it here.

On page 11, paragraph 1, the Integrated Equipment Assembly (IEA) for the photovoltaic modules is described. The first part of the paragraph says that there are four of these IEAs, located at P6, P4, S4, and S6 on the main truss. It then goes on to describe all of the subassemblies which compose the IEA. However, the ambiguity appears when describing the dimensions of the IEAs:

So is EACH IEA a cube 5 meters on a side weighing 7.7 metric tons, or are ALL FOUR of these IEAs, in total, these dimensions?

I am going to answer your specific question, to wit:

So is EACH IEA a cube 5 meters on a side weighing 7.7 metric tons, or are ALL FOUR of these IEAs, in total, these dimensions?

This question was ridiculously difficult to answer, because NASA seems to go out of their way to obfuscate simple info like this. But here goes.

First of all, the dimensions given in that document are clearly wrong. Why is that? Well, it says the IEA is a 16 foot cube. All you have to do is recollect that the shuttle payload bay was a 60 x 15 foot cylindrical volume and you will immediately realize that it would not fit. You can not fit a 16 foot wide IEA in a 15 foot wide payload bay, especially since you have to have clearance to deploy it, room for the trunnions and payload attach system mechanisms, etc.

Also, even in that document you linked, it clearly isn't a cube. It's more like a cube sawn in half. It was also ridiculously difficult to find a decent picture of the IEA in space, in fact I gave up, but on this one you can at least tell that it isn't a cube. (The letters 2B are right on the IEA in this picture) 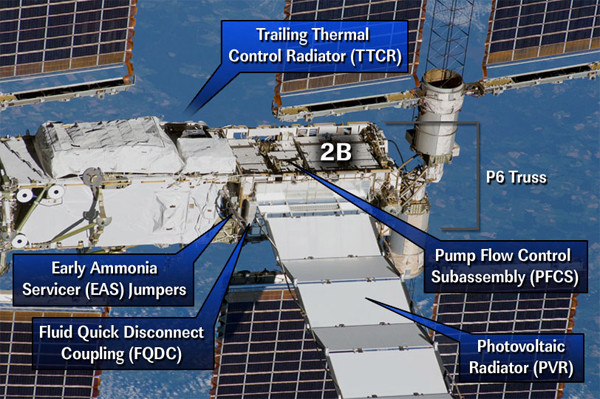 So if we know the dimensions of the payload bay, and we can find a picture of the element in the payload bay, we can do some high tech photogrammetry. In other words, count some pixels. I used this one: 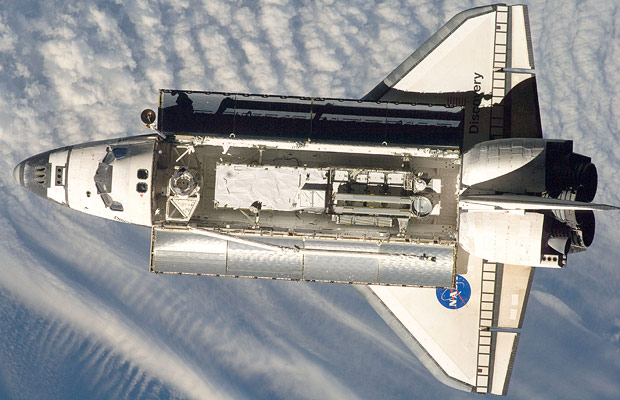 .
The IEA is at the aft end of the truss segment. You can see the battery boxes under the folded up solar array. From this we can figure out that the IEA is about 16 feet long by 14 feet wide (so at least the 16 foot number was valid for something). You can figure that the IEA is about 7.5 feet thick max because it does not stick up much above the sill of the payload bay so it's about half the payload bay dimension.

So if you accept my highly technical analysis, the IEA is roughly 16 x 14 x 7.5 feet and the document linked is pretty incorrect about the size. Now how about the mass?

Again NASA makes it ridiculously difficult to find this information. But we can reason it out to a first approximation. That document says the IEA weighs 17,000 lb. The Shuttle Missions Summary document, which I do trust, says the P6 had a payload weight of ~36,000 lbs. Since the IEA is about half of the truss segment, I'm willing to buy that 17K number. Also, if 17K lbs was for all 4 IEAs, each one would only weigh 4250 lbs, and that does not make sense in light of the credible 36klb weight of the P6.

So, the tl;dr version of the answer:

Not the answer you're looking for? Browse other questions tagged iss power mass or ask your own question.

11
Why does the ISS not use the most efficient solar panels available?
-3
energy needed to accelerate in space
2
Are the original ISS solar panels single or polycrystalline silicon? What about the new ROSA roll-out arrays?

7
Do exercise machines on the ISS generate electric energy?
10
Does any site track the mass of the ISS?
6
Can satellites or the ISS be seen from Earth during a Total Solar Eclipse?
2
Problem in finding propellant mass using rocket equation, where total mass includes components dependent on propellant mass
15
How precisely do we know mass of the ISS?
6
What is a typical satellite solar panel mass?