How risky is launching a rocket during a geomagnetic and solar radiation storm?

Today's launch of Arianespace Vega rocket deploying Sentinel 2A Earth observation satellite for ESA & European Commission went ahead as planned, lifting off on June 23, 2015 at exactly 01:51:58 UTC from Kourou, French Guiana. Here's a video of it, in case you missed it.

That they proceeded with the launch is however somewhat surprising to me, considering that the launch time coincided with a brewing geomagnetic storm that reached category G4 (severe) just hours before, hasn't entirely subsided by launch time, and next predicted index for hours ahead was G3 (strong):

According to NOAA's Space Weather Prediction Center, where I acquired the top graphs from, these are descriptions for the 24-Hour Observed Maximums for radio blackouts, solar storm and geomagnetic storm indexes:

And here's a few more plots from that same source for the relevant date and time (descriptions at the source, click for higher resolution images): 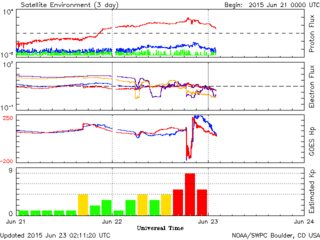 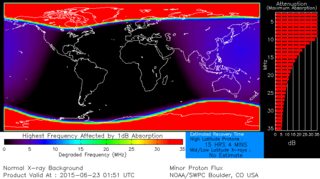 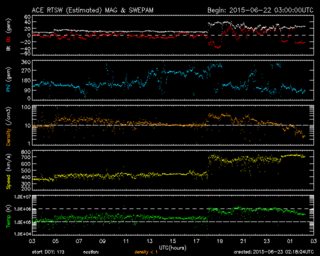 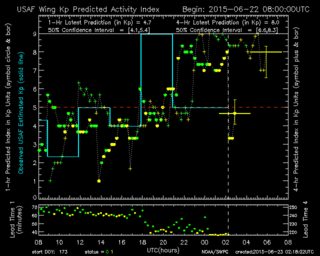 Next predicted geomagnetic storm index for hours following the launch and satellites injection into Sun-synchronous orbit (SSO) was G3, then upgraded again to G4 (actual):

That's quite a few scary descriptions there. So to my question;

How real are all these possible effects listed on NOAA page when it comes to final preparations for a launch and launch into a near-polar SSO while the geomagnetic and solar radiation storms last?

Specifically, is there something in particular about the Vega launch vehicle and its today's payload (Sentinel-2A) that Arianespace has decided to completely ignore space weather and proceed with the launch? I know that some past launches of smaller launch vehicles, like e.g. Antares, have been delayed because of space weather, even just threatening sunspots moving at close to solar equator just in front of Earth's orbit: 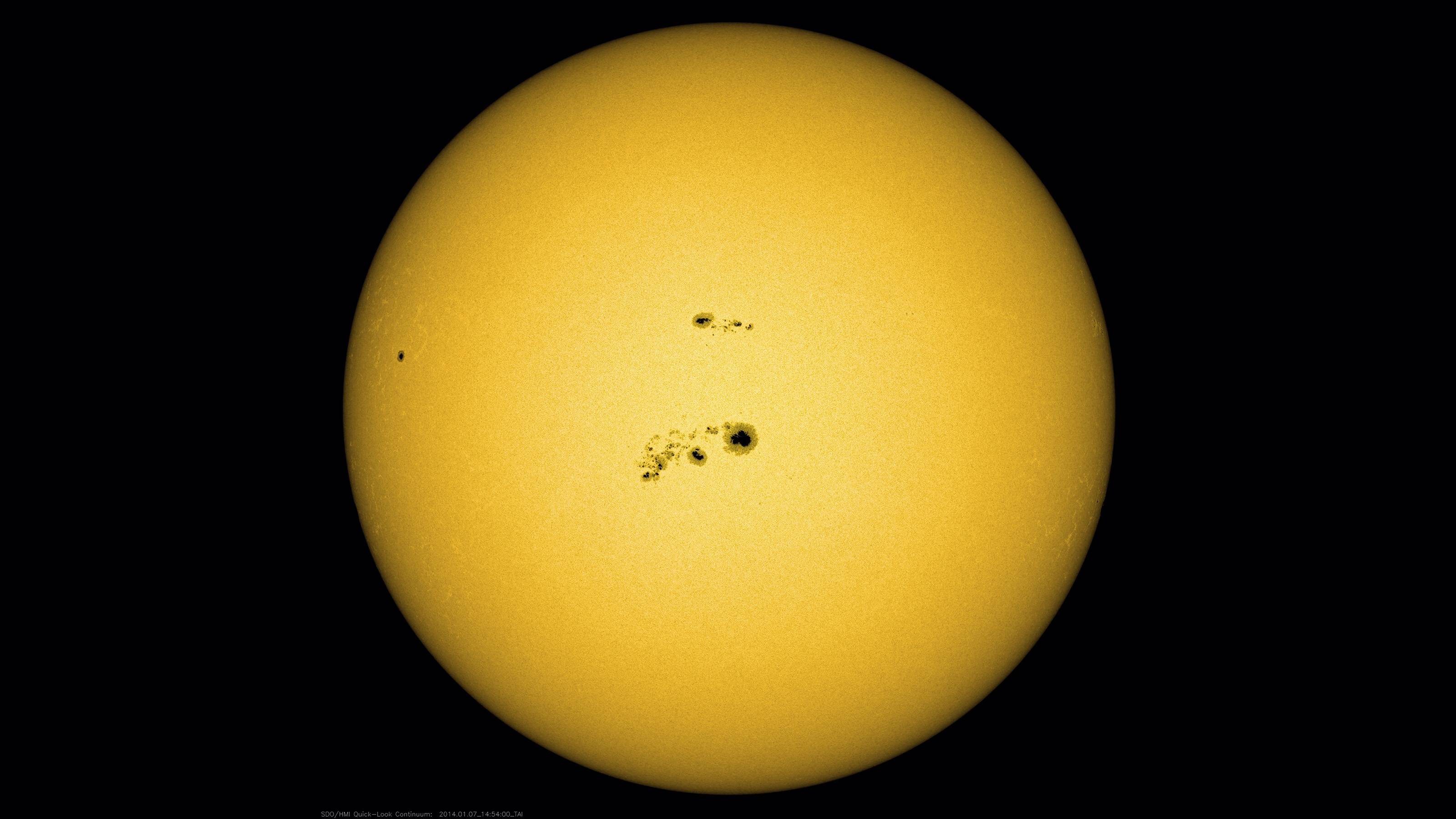 And these were described by some as Holy mother of all sunspots, Batman, those are HUGE! Well, today the Sun actually doesn't look much better. HMI Intensitygram from SDO/AIA: 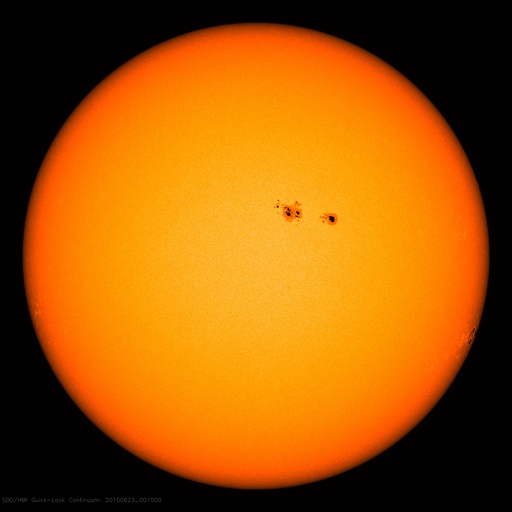 And I do apologize for a media heavy question, but I think these images tell the story. If these sunspots aren't the Holy Batman, they're at the very least the Holy Robin class, I'd say.

So, what is different between Vega and other launch vehicles whose launches were scrubbed and delayed due to space weather or even just for the threat of it? Surely it cannot be that Vega launched from near equatorial latitudes and those that were scrubbed for space weather launched from US? Because Vega still passed polar regions with its upper stage as it deployed Sentinel 2A into a near-polar (retrograde inclination of 98.5°) Sun-synchronous orbit, which then passes over any of the two polar regions about every 50 minutes in its 786 km altitude, 100.6 minute orbit.

It isn't that risky, if the proper precautions are taken. The key item, as it is in most cases with spaceflight, is redundancy. There is a larger chance of single event upsets during a geomagnetic storm. This can be mitigated by hardware redundancies.

In addition, geomagnetic storms only really become an issue for most spacecraft when they are beyond LEO. As most rockets don't fire beyond LEO, it isn't much of a concern.

Some rocket companies choose to not invest as much in testing and redundancy, and thus when a geomagnetic storm happens, there is more to be concerned with. Antares was one you specifically mentioned. The COTS (Commercial Orbital Transportation Services) ISS payload system has been considered relatively low priority, thus, if the mission has to be delayed a day to ensure no issues, it is of little impact. More commonly used rockets need to have higher safeguards, which not only protect against solar storms, but also will give the rocket an overall higher reliability, thus they are more protected.

If you think about it, many satellites operate through solar storms all the time, thus, it can easily be done, if you invest the time and money to get it right ahead of time.

Not the answer you're looking for? Browse other questions tagged launch low-earth-orbit space-weather risk-management sun-synchronous or ask your own question.

4
Do meteor showers from 209P/LINEAR cometary debris pose a threat to the ISS and other Earth-orbiting satellites?
12
How does a rocket navigate during launch?
5
How do solar flares and coronal mass ejections create proton storms?
10
How is the ISS helpful for launching cubesats and minisats?
6
Cassini flyby through Enceladus plume - How risky is that for the spacecraft and its instruments?
6
How can a solar storm be predicted?
16
Was SpaceX's launch of Formosat-5 more vertical than normal for any particular reason?
4
If a solar flare happened during a total lunar eclipse, would the Earth block the flare from hitting the moon? And for how long?
9
How do cubesat owners first find out their cubesat's initial trajectory? How do they point antennas at it before official TLEs start to appear?