How much harder is it to land on the Moon away from the equator and the poles?

If a ship enters orbit around the Moon's equator, any place on the equator is equally accessible and doesn't take long to get to. The ship passes over the same strip of land with each orbit. Equally, if a ship orbits over the poles, with each orbit it will pass over different strips of land underneath it as the Moon spins while the ship's orbit stays aligned in the same direction, but it will always pass over the poles.

In reading I've seen it mentioned that the location of a lunar base should consider accessibility from orbit - how easy it is to land there. I can't picture why that is an issue. Can't you adjust where you will enter lunar orbit so far in advance that the delta v required to get any inclination you want is minimal?

The Moon spins pretty slowly, it takes it a whole month to turn once. If you are aiming for a spot other than the poles or the equator, isn't how much the Moon turns over the course of one orbit around it not very much?

Supposing it was necessary to orbit for some time before landing, couldn't an orbit with a high apoapsis be set up so that a small burn would once again align the ship with the landing site?

For a polar orbit, the spaceship can enter the moon's sphere of influence at a place where the velocity vector with regard to the moon is coplanar with a great circle passing through the lunar poles 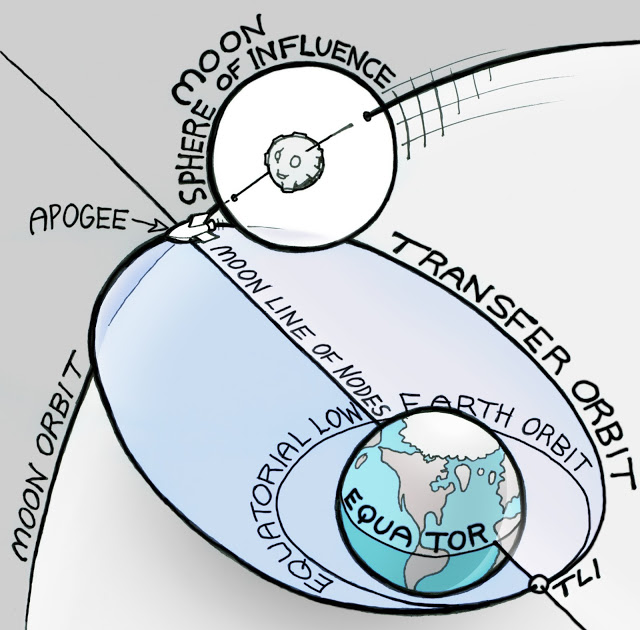 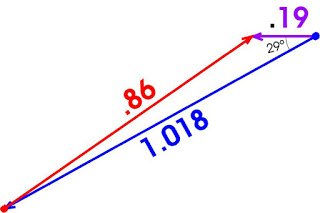 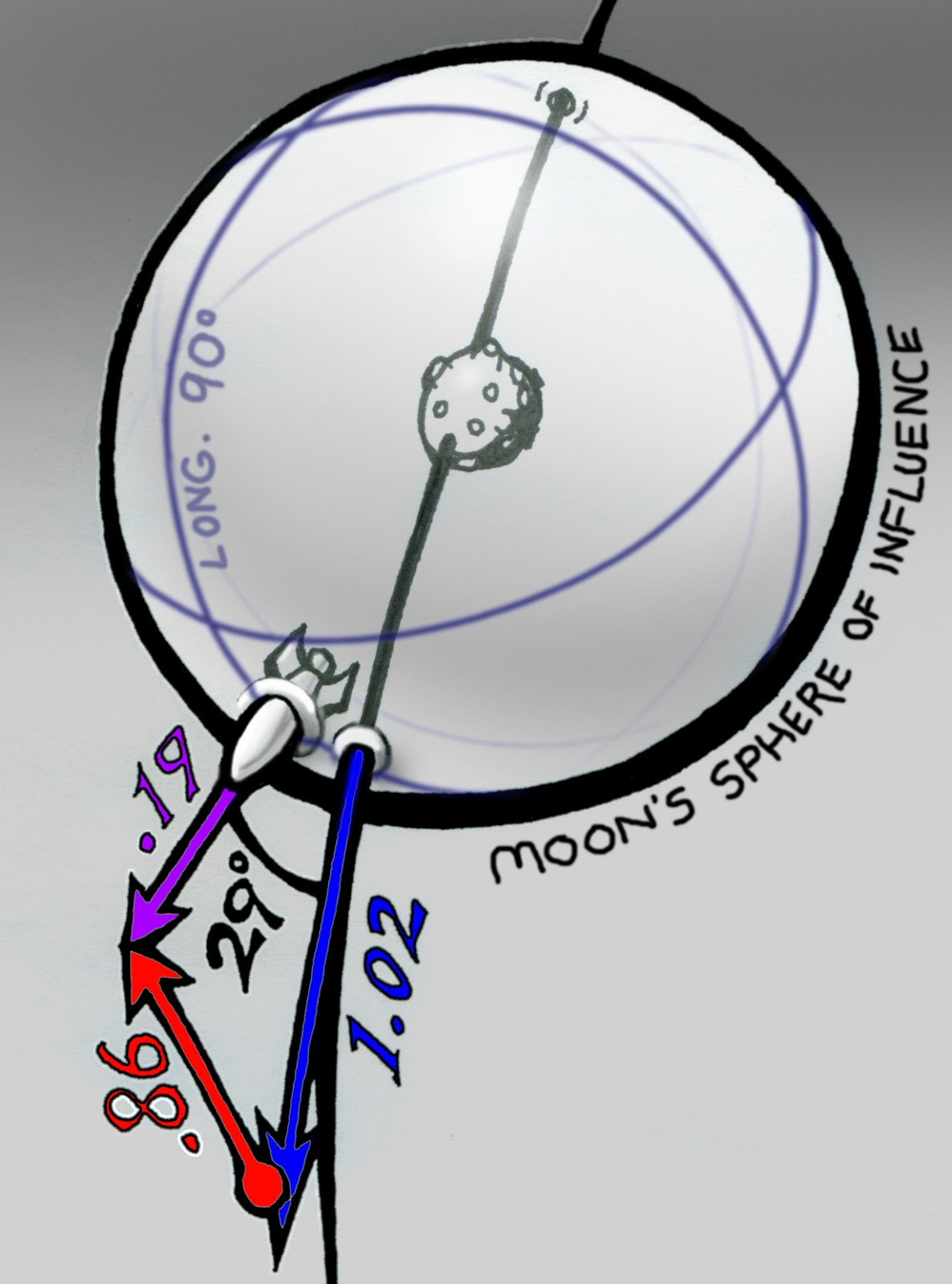 The .19 and 1.02 km/s vectors are at angles to each other which increases delta V a little but not much. Vinf wrt Moon is about .86 km/s which is nearly the same as the Vinf when entering an equatorial orbit.

The extra delta V expense for reaching the poles is minor.

Another consideration is lighting. Landing near a pole means landing near the terminator. Shadows are very long, so it's harder to discern lay of the land at the launch site.

Equatorial (or near equatorial) sites would be preferred, because the flight from Earth to the Moon can be achieved on a free return trajectory. (Meaning, if the engine fails during the long coast then the spacecraft will loop around the moon and coast back to Earth.)

All other locations can be reached, for example the later moon landings went to landing sites further from the preferred area. If these had suffered a failure in flight they would have had to arrange an engine firing somehow to get back to Earth. (This was done in Apollo 13 for example.)

First off, I don't have the background to calculate actual values on how much harder other landing sites are to reach, but I'm happy to add my thoughts about it.

There are a few different mission profile options to consider (adapting names from Apollo mission modes):

In this mode your lunar orbits don't particularly matter: because you're not leaving anything in orbit the landing and ascent orbits don't need to align. You just need an insertion orbit that goes over the site (easy to set up while approaching the moon without requiring plane changes when you get there), then on departure you just need to take off in whatever direction is most efficient for where you want to go (and again do course corrections while in transit instead of plane changes while in orbit).

Note that this assumes you have no issues that could delay landing such that your orbit and landing site no longer line up (either making landing at the planned site impossible or costing more fuel to correct, and how much fuel buffer did you have to include specifically for this reason that you could have left out given a polar/equatorial site?). Having the ability to make fallback plans that still result in a successful mission is generally a plus.

To save the fuel cost of landing and later launching your return stage you leave it in orbit, taking only a lighter-weight lander to the surface.

Given that you eventually need to rendezvous with your return stage you have a few options (drawing from what you suggested):

Also, here's a picture of orbit traces from Apollo 15 illustrating how much the moon shifted underneath the orbit of the command module in just 14 orbits.

You're saving fuel by not needing any plane changes, but your schedule is tightly constrained by the orbit of your orbiting stage.

Landing on the moon is all about tradeoffs:

I'd say a less accessible landing site could certainly be worked with, but you have to decide if that landing site adds enough value over a site that's more convenient to access for it to be worth the extra trouble.

Not the answer you're looking for? Browse other questions tagged orbital-mechanics the-moon orbital-maneuver delta-v or ask your own question.

0
How much does it cost to land on a lunar mascon?

11
Mars Orbit Upon Intercept
22
What is the marginal cost of *landing* on the Moon?
21
How did NASA Conclude that the General Theory of Relativity was not Needed for Earth-Moon Flight Path Computation?
5
How long does one orbit around the Moon take in a typical parking orbit for a stage a lander is going to meet?
5
What would be the challenges of a non-rotating tether orbiting the Moon?
2
Lunar Polar Orbit
11
Was the lunar landing site always in the same plane as the CM's orbit?
3
What is the cheapest possible way to land a crew of 2 on the moon?