In airports and shopping malls multiple, parallel moving "slidewalks" allow people to increase their velocity from a low speed to a high speed. 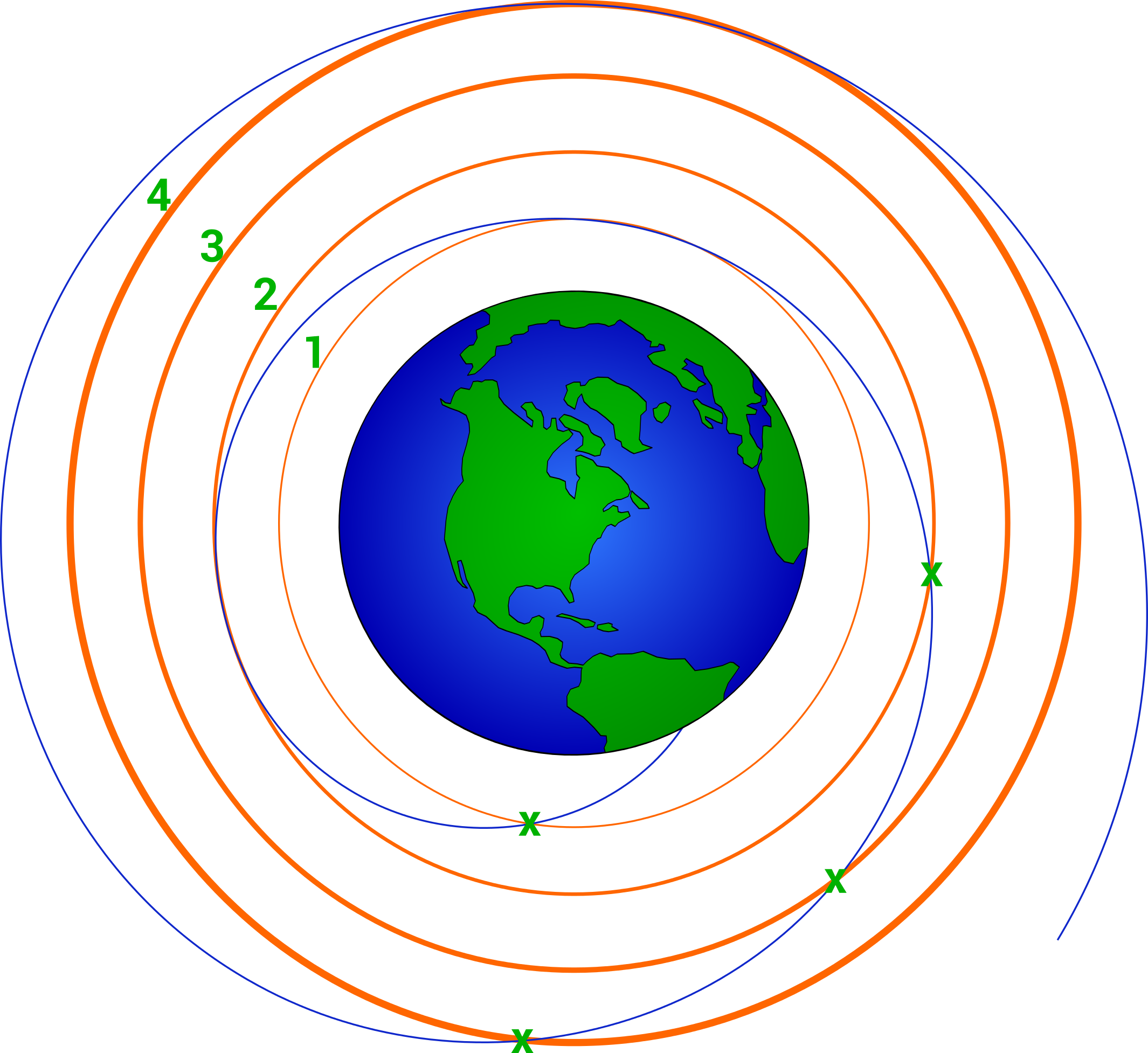 The image shows a multi-stage acceleration trajectory. The idea is similar to people stepping onto ever-faster-moving parallel slidewalks. Instead of slidewalks, we use orbiting vessels. Instead of people, we use a transport shuttle (that carries people).

In the image, the orange concentric circles (1-4) represent the orbital stages of spacecraft traveling at different speeds, with an increase of speed proportional to its distance from Earth. The X's mark transfer points for the human-toting transport shuttle.

Each spacecraft in an orange orbit gains its velocity by swapping time for speed, such as an ion drive.

When the transport shuttle reaches stage 4 (or higher, if need be), it is at a sufficient velocity that a trip to Mars would only take a few weeks.

If you can do impulse burns but not constant acceleration burns, like your mention of multi-stage accelerations suggests, then what you describe is a series of Hohmann transfers into higher orbital altitude, but instead of doing an orbital circularization burn, you continue with another apogee rising burn as the previous transfer reaches maximum altitude. This is not optimal as you don't take the most advantage of the Oberth effect and gradually increasing apogee with more energy efficient perigee burns, stretching into an ever more eccentric ellipse until you reach escape velocity.

But what you describe would work for non-impulse, constant acceleration propulsion, that is currently limited to low thrust but high specific impulse propulsion like ion thrusters, beamed propulsion, solar sails and alike.Those would be low energy transfer or constant thrust trajectories. But it's also often referred to simply as "orbit climbing".

Not the answer you're looking for? Browse other questions tagged mars propulsion trajectory transport low-energy-transfer or ask your own question.

9
Would it be cheaper to go to Mars if the empty transit vehicle is slowly accelerated before the passengers board?

8
For an EML-1 to Mars transfer orbit, would flying to the right or left of Earth be preferable?
7
Hohmann Transfer Equation of Motion
9
Would it be cheaper to go to Mars if the empty transit vehicle is slowly accelerated before the passengers board?
12
Low Energy Transfer within Earth-Moon system
12
Transfer between elliptical orbits
5
How does bi-elliptic transfer compare to Low Energy transfers / Interplanetary Transfer Network?
8
Mars transfer window frequency
6
Is Hohmann transfer the most frequent transfer orbit?
1
What are the biological effects of a toe-to-head force gradient upon a human over the long term?