Why is part of this New Horizon's Charon high resolution image missing? 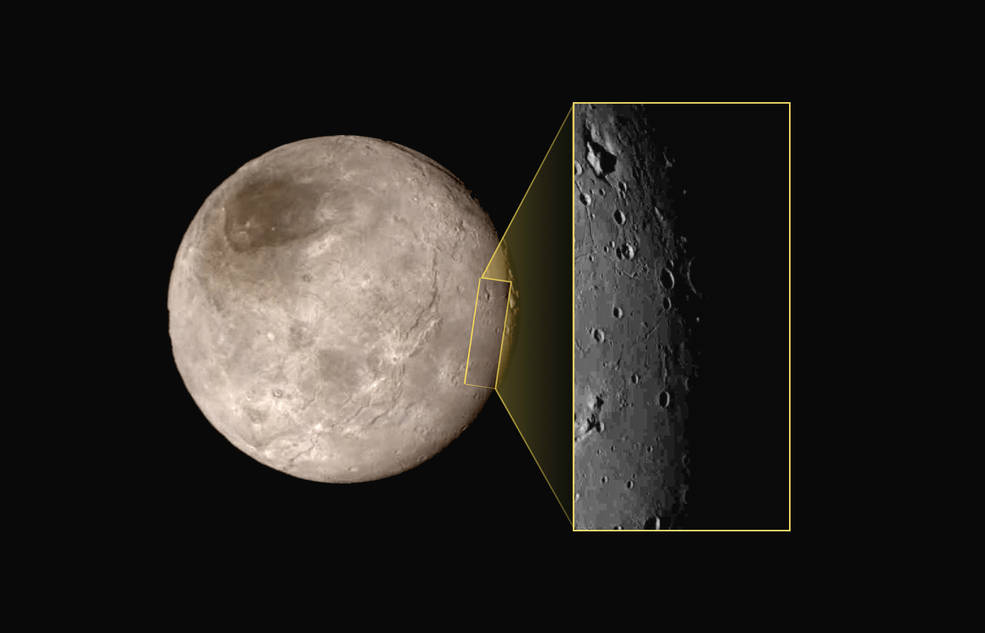 This choice of image seems rather odd to me for a number of reasons. First of all, according to Emily's schedule, there were 3 images slated to come down from Charon. These 3 images were chosen months ago, with some slight tweaks based off of the timing. LORRI is a square imaging camera. The fact that the image was rectangular seems odd to me. I've confirmed with the provided data that the height of this image is 1024 pixels, as expected from LORRI. However, the width appears to be about half that. What this tells me is that the right hand part of the image must have been deep space. Considering that every image released now is a contingency, it seems odd that the very edge of the moon is the area of focus, and even more that the moon was missed.

I've come up with a number of theories as to why this image is cut off, along with some thought behind them.

It's entirely possible none of these is correct as well. Bottom line, why was this image selected as one of the top 3 high resolution Charon images (As determined without knowing at all what Charon looked like), and why did so little of it come through in the image?

In fact, the New Horizons team is now admitting that they missed the Pluto image, and likely Charon as well. Here's a few quotes from the Washington Post.

If you look at the first big close-up photo of Pluto, you’ll notice the shadow line, the terminator. The spacecraft wasn’t supposed to aim right there

The New Horizons team was aiming for a rectangular box in space 90 kilometers by 60 kilometers. They hit their box, but came in a little bit high, which translated to arriving about 72 seconds early and 40 miles closer to Pluto’s surface.

It seems like they were aiming for the first pictures to be in shadowed regions, but not at the edge. In Pluto's case, they missed a bit and had the terminator, in Charon's case it missed a bit more. But this was actually planned, it just resulted in less pleasing pictures to begin with. In fact, this can be seen from the recently released raw image of Charon. 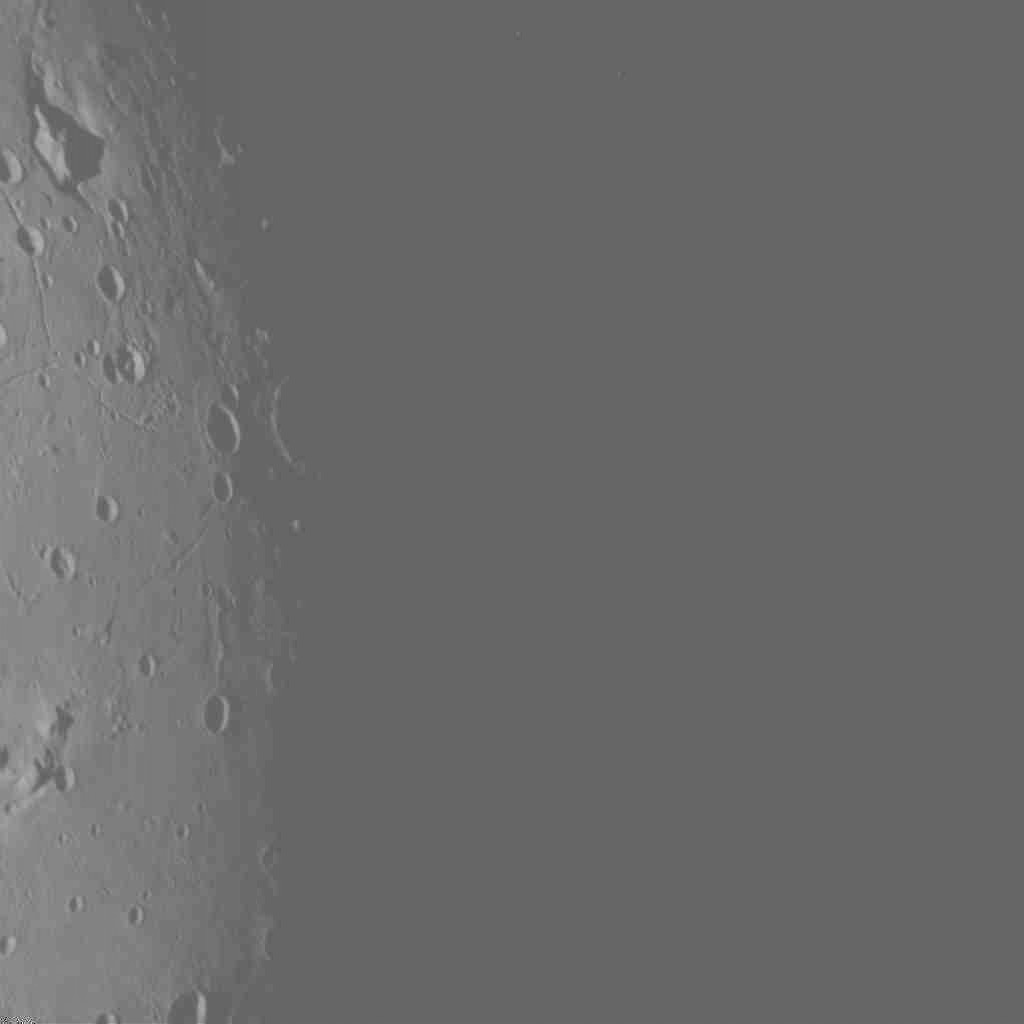 Bottom line, the first picture wasn't in the exact optimal place, but it was in fact within the expected error box. I'm confident that when we see the raw images Friday, there will only be the small sliver we saw of Charon, with a whole lot of blank space, but that's okay. By the time all of the images come across, the entire visible portion of Pluto will have been photographed in high resolution.

LORRI images may be cropped to save bandwidth.

This figure is an example of a LORRI 1x1 image that is missing some data. In this case, the data are missing by design to reduce downlink data volume using a process called "windowing". The region of interest, also called the "window", is captured from the LORRI detector (the location of Pluto is marked), and the rest of the image is not even downlinked.

I'm not sure whether the "slice" is necessarily down the middle, or if they saved the parts that weren't downlinked. It does seem pretty certain that the terminator was the most interesting part, so that's all they scheduled for immediate downlink. 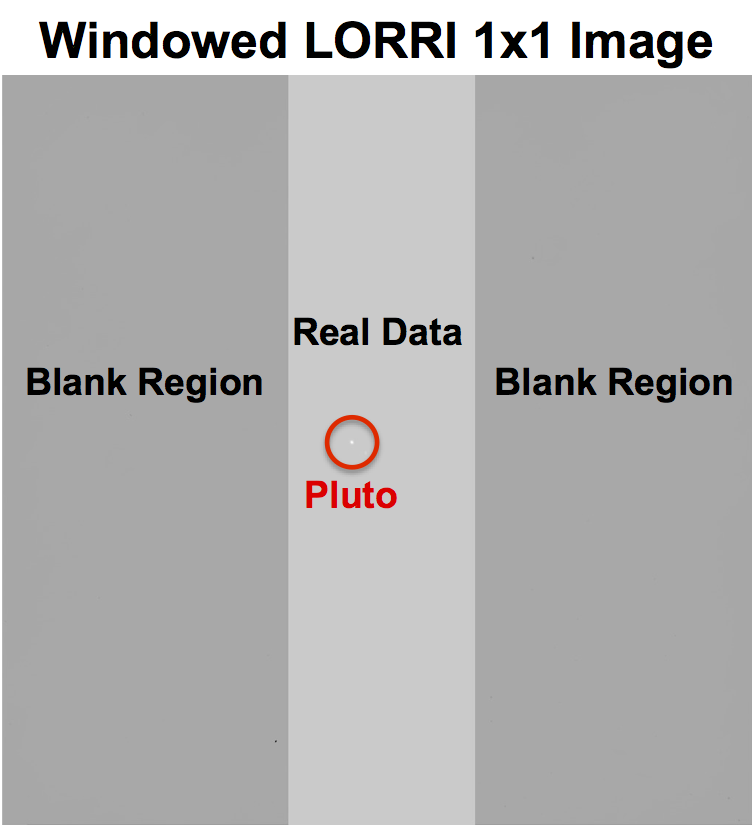 Not the answer you're looking for? Browse other questions tagged planetary-science new-horizons pluto imaging flyby or ask your own question.

11
Why isn't Pluto a circle on LORRI images?
11
What causes Pluto's atmosphere to recede/collapse?
35
Why is it hard to take a high quality image of far away objects (like Pluto) using a high-tech space telescope?
20
Why have there been no new New Horizons images in the last few weeks?
4
Is Hydra of Pluto cut unusually, or just darkened on its surface?
7
What angular resolution is expected during New Horizon's flyby of Ultima Thule?
9
Explanation of weird values in New Horizons data?
19
Could New Horizons take a "Pale Blue Dot"-like image this year?
2
Was a "spare LORRI" camera available to take matching image on Earth the same time New Horizons took the parallax image from the Kuiper belt?
3
How (the heck) can thrusters alone stabilize New Horizons well enough to take high magnification 30 second long exposures in order to see +21 m objs?