SpaceX's heavy lift launcher, based on the Falcon 9, using two strap-on boosters with a center core.

Falcon Heavy is an evolution of the Falcon 9 design. Using the basic Falcon 9 first stage as a building block, the center core, and two side boosters are used to increase payload to LEO to a reported 63,800 kilograms (140,700 lbs).

Each core is a LOX/RP1 booster using 9 Merlin 1-D engines in the Octaweb configuration. (Eight engines in a circle, with the ninth in the center.)

Initially anticipated to be launched in 2013, the Falcon Heavy eventually had its maiden flight on February 6, 2018, carrying Elon Musk's Tesla Roadster to a heliocentric orbit beyond Mars. 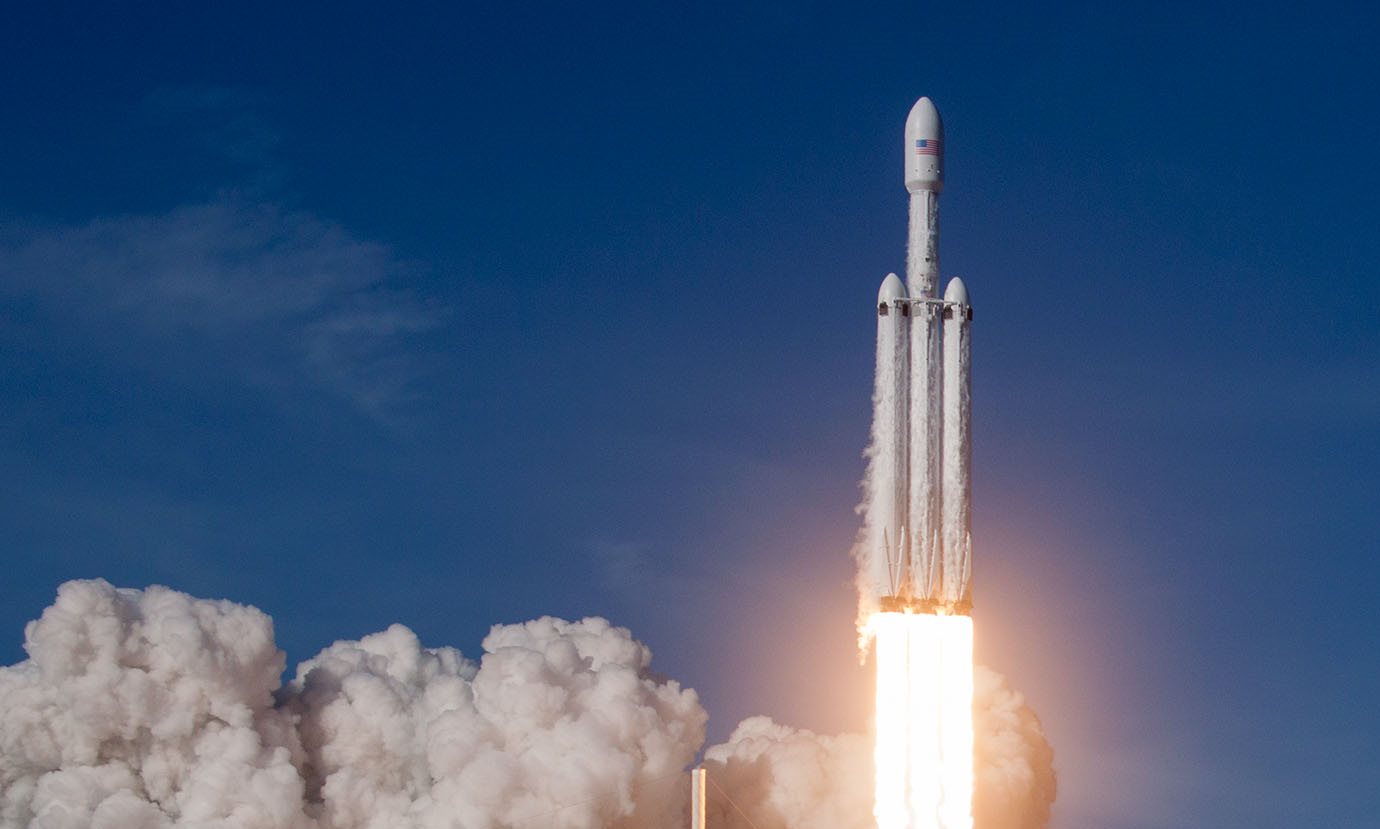 Why is the first launch of Falcon Heavy sending a car instead of something useful?