For questions related to Elon Musk's Midnight Cherry Tesla Roadster (and its "pilot", an empty SpaceX suit named Starman), launched as the payload on the inaugural Falcon Heavy flight on February 6, 2018. May also be used in conjunction with the [nonstandard-payload] tag.

The falcon-heavy rocket (constructed by spacex) made her inaugural flight on Feb 6, 2018. Since this was for test purposes, the payload was Elon Musk's Midnight Cherry Tesla Roadster, with a SpaceX suit named "Starman" in the drivers seat. 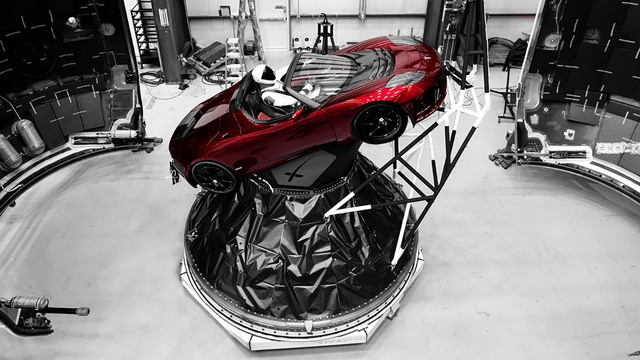 The successful launch placed the nonstandard-payload into orbit for a short time (the payload needed to complete 9 orbits to meet Air Force requirements for future launches) and was then boosted into a heliocentric orbit. Video of the payload in orbit around the Earth on launch day

Why is the first launch of Falcon Heavy sending a car instead of something useful?