Is there really a frozen lake near the equator on Mars? 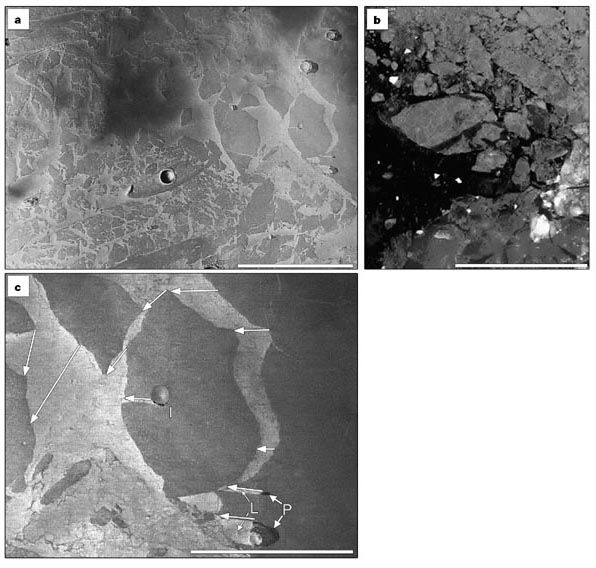 Figure 1. Views of plate-like terrain on Mars, and pack-ice on Earth. From the paper linked below.

a, Part of an HRSC image of Mars from orbit 32, with a resolution of 13.7 m per pixel, centred at 5.5° north latitude and 150.4° east longitude, showing plate-like deposits with signs of break-up, rotation and lateral movement to the west-southwest in the lower part of the image. Scale bar is 25 km. b, Synthetic Aperture Radar image of pack-ice in the Weddell Sea, Antarctica. Scale bar is 25 km. (ESA image, processed by H. Rott.) c, Enlarged view of raft 7 × 12 km showing 8° rotation anticlockwise, causing the clear lane downstream of island ‘I’ to be curved. Leads ‘L’ downstream of the crater and small island at lower right are almost straight, indicating unidirectional drift slightly north of westward. Note pressure ridges ‘P’ upstream of islands. Arrows show relative motion vectors of individual plates. Scale bar is 10 km.

In Murray et al. (2005) in the journal Nature with the significant title "Evidence from the Mars Express High Resolution Stereo Camera for a frozen sea close to Mars'equator" images from the above-named camera are presented from which is inferred the existence of a frozen body of water, with surface pack-ice, around 5$^0$ north latitude and 150$^0$ east longitude in the Cerberus Palus region.
The frozen lake should measure about 800 x 900 km in lateral extent with a depth of up to 45 meters ! 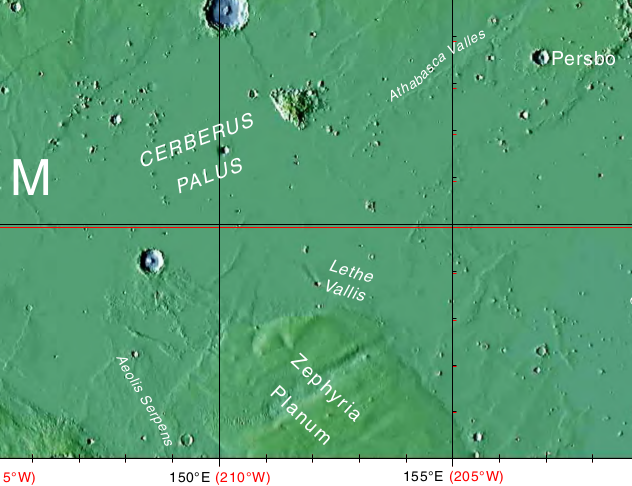 Have there been observations by any radar instrument or neutron detector that can confirm or invalidate the existence of the putative frozen lake in the Cerberus Palus region ?

And is there further evidence from high resolution cameras for the existence of ice deposits within this region since the publication of the article in 2005 ? 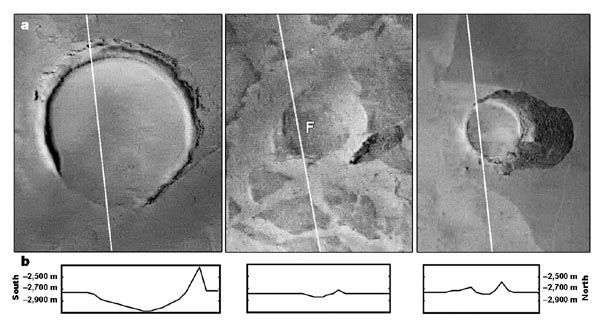 From this ESA article:

Two observations suggest that the ice is still there: first, the submerged craters are too shallow, indicating most of the ice is still in the craters; and second, the surface is too horizontal - if the ice had been lost, there would be a greater height variation.

This paper reports SHARAD observations of this site, and also references previous publications based on an earlier radar instrument MARSIS. It's complicated and the data seems to be ambiguous, but the bottom line appears to be that it isn't a large lake of solid ice. It might be broken up volcanic rock with ice filling the spaces, or it might just be rock. There could also be thin layers of almost anything, because the radar doesn't see them

4
What are the technologies that can identify, validate, and quantify water-rich locations on Mars?

17
What are the resource implications of the prevalence of supervolcanoes on Mars?
11
Any explanation for morphology of within crater formations on the northern Nili Patera caldera of the Syrtis Major volcanic plain of Mars?
4
How does one get the exact location of imaged features on the surface of Mars?
4
What are the technologies that can identify, validate, and quantify water-rich locations on Mars?
13
Mars versus the poles of Mercury WRT colonization
7
How do they know the sub-surface radar reflections (potential underground ice or "lakes") on Mars are not natural dielectric or metallic in origin?
3
Could there be caves on Mars in the areas inside Jezero crater and the watershed west and north of it where the Mg carbonates are detected?