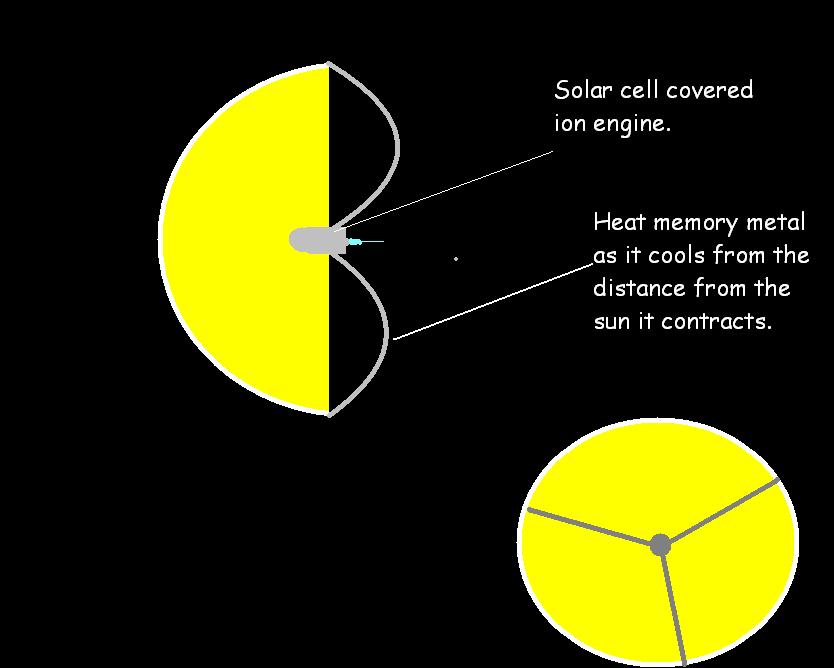 OKEANOS was a JAXA project of circa 2010, combining a solar sail and an ion engine. Authors were going to send it to Jupiter's trojan asteroids with a possible sample-return trip to Earth.

There is the article, disclosed spacecraft design and traectory.

The spacecraft is accelerated by the ion engines around the aphelion...

Were planned 3 pairs of xenon thusters with specific impulse of 7000 sec, each thruster gives a 26.1 millinewton thrust with a power consumption of 1600 W. The two-component chemical RCS was planned except ion engines and the solar sail.

Unfortunately, the project OKEANOS was not selected JAXA for launch, although it was a second finalist for Japan's mission to be launched in 2026. So we need to wait.

3
At what size does a bigger solar sail stop increasing your acceleration?
1
Can modified solar sail use Earth's atmosphere to correct an eccentric orbit?
1
Maximum size for a Ion thruster solar array
1
Shape Memory Metal Self Stablizing Solar Sail
1
Can a solar mirror increase an ion engine 's output?

12
Can solar sail prevent orbital decay?
6
What is the most stable configuration for a centrifugal ship towed by a solar sail?
5
Thrust vectoring for ion propulsion - any plans or current research?
1
Can modified solar sail use Earth's atmosphere to correct an eccentric orbit?
1
Can a solar mirror increase an ion engine 's output?
1
Maximum size for a Ion thruster solar array
2
Estimating thrust and kg fuel for a generation ship's journey to Alpha Centauri