What does the StarLink constellation look like now? Numbers of planes and inclinations?

In the question SpaceX's 4,425 satellite constellation - what's the method to the madness? I took the orbital parameters in SpaceX's filing SpaceX non-Geostationary Satellite System Attachment A - Technical Information to Supplement Schedule S and made those 3D plots.

Now "Mr. 420" has gone and moved about 1,600 of those satellites down to 550 kilometers to provide some coverage with lower latency. The Space News article FCC OKs lower orbit for some Starlink satellites says:

By lowering the orbits of some satellites, SpaceX says it will need 16 fewer spacecraft overall, and that it will be able to achieve signal latencies as low as 15 milliseconds.

OneWeb and Kepler Communications, two companies also developing low Earth orbit constellations, objected to SpaceX’s modification request and asked the FCC to reject it. Both were rebuffed by the FCC.

The companies took issue mainly with SpaceX’s request to use Ku-band ground stations to connect with some of the lower orbiting satellites. Kepler and OneWeb said the SpaceX ground stations could cause interference with their satellite networks, which are also in Ku-band.

The FCC disagreed, saying that the closer orbit could instead reduce the risk of interference since the satellites won’t need as strong of signals to establish links with equipment on the ground.

In order to make a plot of the currently proposed constellation I'd like to know what the updated list of groups of planes and inclinations looks like. This video linked in GeekWire's FCC approves SpaceX’s revised Starlink satellite plan; first wave gets set for liftoff shows the different planes and inclinations briefly if you start watching at about 06:00.

Question: What does the StarLink constellation look like now? Numbers of planes and inclinations?

From SpaceX's 4,425 satellite constellation - what's the method to the madness? using data shown there from 2016. 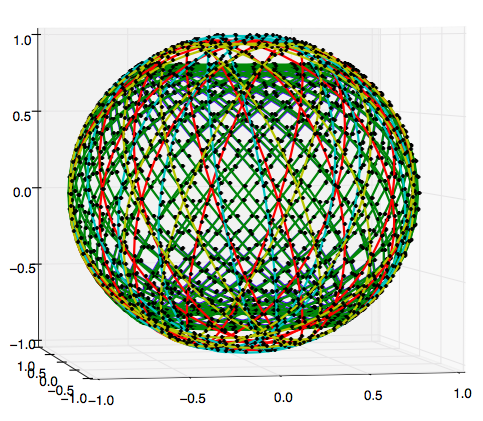 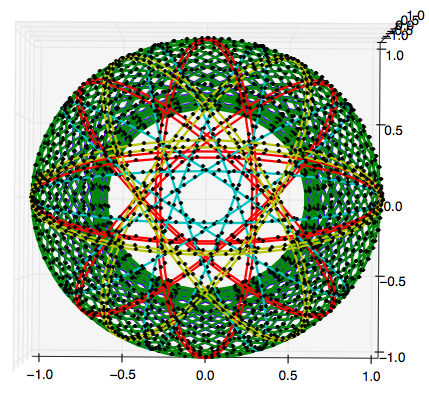 The first group of the five groups that comprise the 4425 satellites in the initial StarLink constellation has been lowered from 1150 km to 550 km and redistributed. There are now a quarter less planes and a quarter more satellites in each plane, such that the *along-track distance has been shrunk.

This may be why "SpaceX told the FCC in November 2018 in its application for a license modification (found in Ars Technica's SpaceX cuts broadband-satellite altitude in half to prevent space debris) that:

Apogee and perigee will be maintained to within 30 km, and inclinations will be maintained to less than 0.5 degree of the respective target values. The right ascension of the ascending nodes (RAANs”) will precess and span the full range of 0-300 degrees. In addition, SpaceX has designed orbits that feature large self-conjunction miss distances, meaning that, in order to ensure that two SpaceX satellites will never collide, SpaceX satellites need only maintain a position with a tolerance no larger than 60 km along-track in the worst case, or even greater distances at earlier stages of the roll-out. It is unlikely that this full along-track margin will ever be used, but these highly conservative tolerances further improve the robustness of the SpaceX system. Despite these large system tolerances, however, SpaceX will maintain extremely accurate information about the location of each satellite, and make this information available to other operators through its shared ephemeris data. 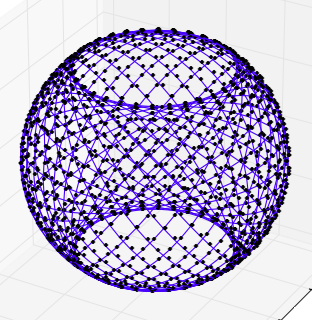 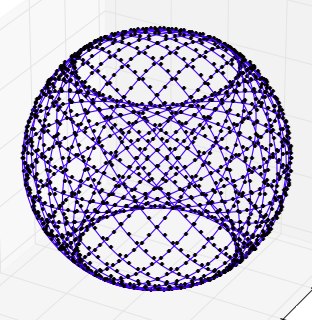 above: Before and After (first of five groups of planes)

below: from Technical Informatio.pdf found at application for a license modification (found in Ars Technica's SpaceX cuts broadband-satellite altitude in half to prevent space debris)

Not the answer you're looking for? Browse other questions tagged spacex satellite-constellation starlink or ask your own question.

25
SpaceX's 4,425 satellite constellation - what's the method to the madness?

25
SpaceX's 4,425 satellite constellation - what's the method to the madness?
23
Starman/Roadster in a=1.795 AU orbit, now what's the method to this madness?
4
How stable is an orbit of 335.9 km?
8
How low is VLEO? (FCC's newest approval for SpaceX)
1
Does NEPA currently categorically exempt satellite systems? Is there any legal basis to Viasat's request for the FCC to consider light pollution?
4
How much could a full-blown Starlink constellation contribute to a future Kessler scenario? What would be the worst-case scenario?