Were solar concentrators on HS-702 just a stop-gap measure until triple-junction PV cells were available?

According to Gunter's Space Page discussion of early versions of the Hughes HS-702 Bus:

The first version of the 702 used solar arrays with concentrators. These concentrators tended to early fogging, as due to an inherent design flaw the outgassing of the solar cells was higher than expected. This fogging lead to much reduced lifetime. The flaw was corrected in later versions with higher power triple-junction gallium arsenide solar cells.

Perhaps if it was the only issue the fogging of the reflectors due to outgassing could have been managed, but I can imagine other problems as well:

Question: I'm wondering if the concentrator reflectors were always intended as a stop-gap measure to deliver a higher level of power in anticipation of improved triple-junction cells, or was the original plan to use the regularly to always achieve maximal power? Has this array-scale concentrator technique every been used again, as opposed to individual per-cell concentrators?

Following failures of 702 models have occurred: 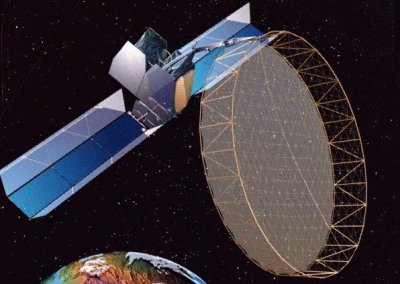 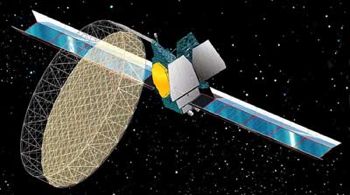 above: Drawing of APMT 1, and Thuraya-1. credit: Hughes, from Astronautix. 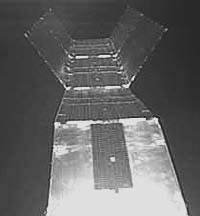 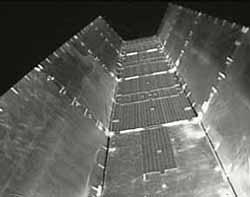 above: Video telemetry (first ever!) of a solar panel unfolding, Galaxy-11. credit: Hughes, from Spaceflight Now.

The HS 702 solar wings carry angled solar reflector panels along each side that concentrate more of the sun's rays onto the solar cells in order to generate increased power. The gallium arsenide solar cells are among the most efficient available, able to convert nearly 25 percent of the sun's rays into spacecraft power. The satellite, Galaxy 11, was built by HSC for PanAmSat Corporation and was launched on an Ariane rocket on Dec. 21, 1999.

below: Artist's conception of a Hughes HS-702 bus, credit: Hughes, from What When How. 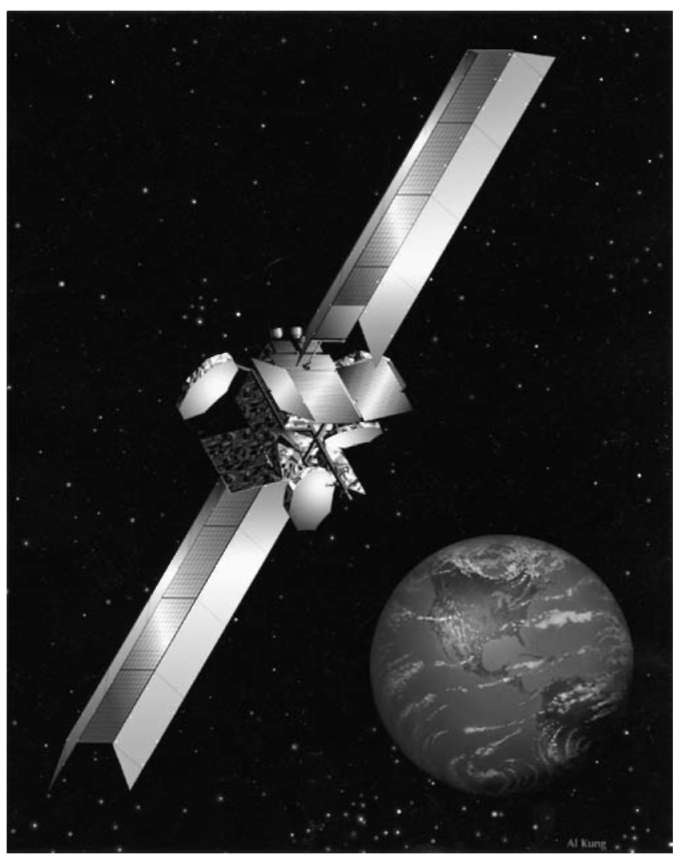 24
How serious a problem can outgassing of satellites be?
12
What is the status of concentrated solar energy (CSE) in space exploration?
5
Why are these multi-junction solar cells 40% efficient on earth but 30% in space?
7
How much did satellites and space exploration enable the development of solar panels?
3
ViaSat's 18 kW solar array - largest ever for a commercial telecom satellite?
2
Why did Deep Space 1 use solar concentrators?

12
Lightest possible solar array?
5
Why are these multi-junction solar cells 40% efficient on earth but 30% in space?
3
ViaSat's 18 kW solar array - largest ever for a commercial telecom satellite?
2
Why did Deep Space 1 use solar concentrators?
22
Function of the separated, individual solar cells on Telstar 1 and 2? Why were they "special"?