How many antennas does Kurs use in toto, and what are each of their functions?

I learned about the Kurs docking system in this answer, then found out what they looked like in this and in this answer. Those images show several tiny dish antenna structures sticking out from various ISS modules and spacecraft.

How many Kurs antennas does a spacecraft or ISS module have in toto, and how do the different functions and signals map on to them? 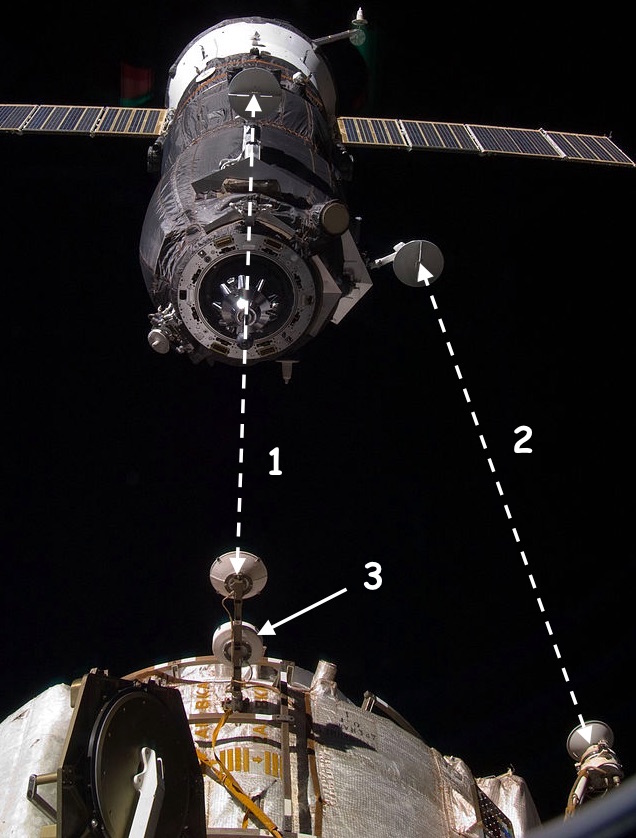 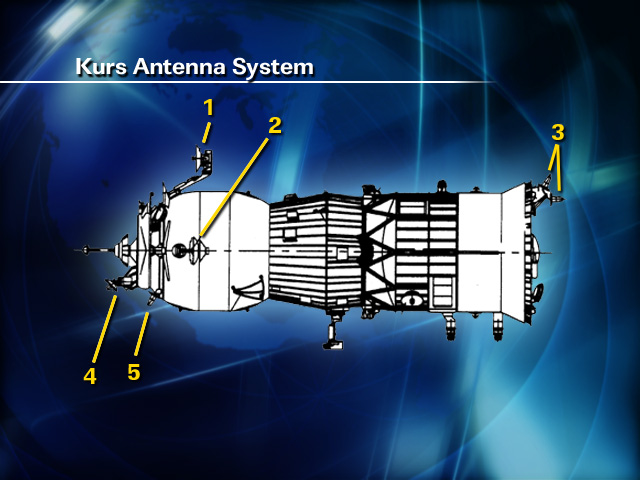 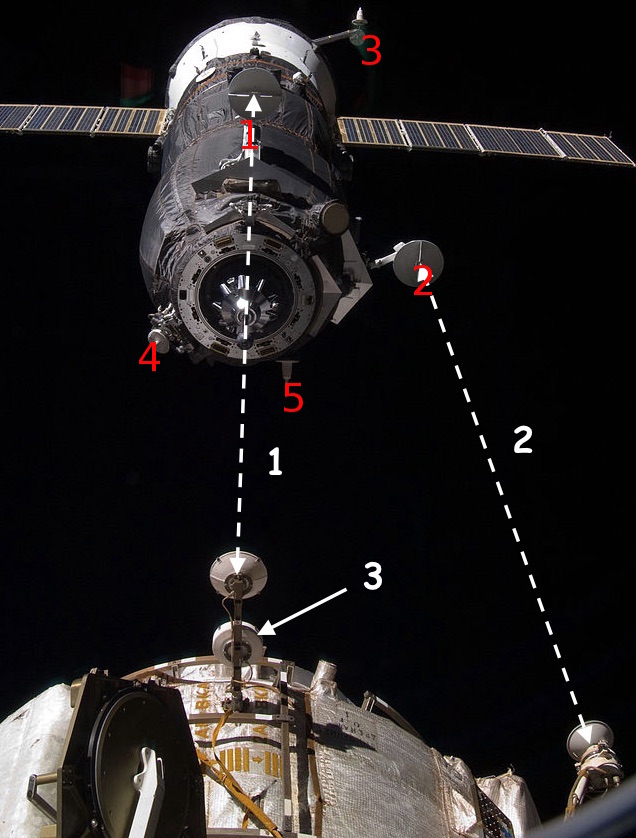 10
How does automated docking work and why isn't it used more often?
6
What is this spinning object seen on a spacecraft above the ISS?
4
How to design a ground antenna for sending & receiving from a satellite?
7
What is this thing on the right of the frame in this photograph? (STS-71)
3
When was the last normal electron tube (valve) for electrical circuitry launched into space?
4
Do the Soyuz spacecraft bringing astronauts and supplies to the ISS use Ukraine-built Kurs systems?
1
What is this tiny articulated dish antenna-like thing on Zvezda?
1
How often are fewer than three astronauts present when moving a Soyuz spacecraft from one docking port to another?

8
Do all satellites and space probes have high & low gain antennas and what are their functions?
10
What language does ISRO use for radio communication?
7
Why aren't landers designed to point their solar panels and radio antennas to Sun and Earth?
3
How do those little dish antennas sticking out of the HST track their target independent of telescope pointing?
10
How does automated docking work and why isn't it used more often?
3
What is Space Policy Directive 3 and how does it relate to the Space Fence?
8
What are the pros and cons of Doppler radar versus Doppler lidar?
11
How are Kounotori modules unbolted? Who or what does the unbolting?