Say, Barry, can you abuse this site's "answer your own question" feature to provide insight into this oft-asked question (in various different forms):

You launch a projectile upwards at velocity v0 on a airless spherical planet with a radius of r, a rotation period of p, and a surface acceleration of g.

Ways to make this problem harder:

Without loss of generality, we can draw our axes so the projectile's initial position is in the xz plane.

Allowing phi to be the launch site's latitude, the projectile's initial position is:

The launch site completes a rotation in time p, so its position at time t is:

Differentiating, we have the site's velocity as:

In particular, the velocity at time 0 is:

Thus, the projectile's starting velocity will be v0 plus the velocity imparted from the launch site, as above.

Excluding the site velocity for a moment, the launch will be away from the center of the planet, and thus in the direction:

Since this is a unit vector, the launch velocity (excluding the launch site's velocity for the moment) is:

To simplify, we write separate equations for the x, y, and z components of the projectile. From the above, we have:

Acceleration acts towards the center of the planet, so the direction of acceleration at time t is:

Converting this to a unit vector:

The acceleration due to gravity is g at the surface, which is distance r from the planet's center, and is thus g*(r/d)^2 at distance d from the planet (provided that d > r, which it is in our problem). Using the distance formula, the magnitude of gravity at time t is:

Thus, the vector of acceleration due to gravity is:

Since we'll be solving these equations numerically, we need to limit the values of t. We obviously want to start at t=0, but where to end?

Roughly speaking, if an object has initial velocity v0 and accelerates at g (in the negative direction), it will reach 0 velocity at time v0/g, and will return to its initial position at time 2*v0/g. Therefore, computing until t=4*v0/g should be sufficient.

(of course, this entire problem is about refining the "roughly speaking" paragraph above)

Note that simply finding the approximate function for the projectile's position is only step 1. We then need to find when the projectile lands back on the planet: in other words, when it's distance from the center is once again r.

Now, let's use this code to answer some existing questions:

To jump for 1 second, I need an initial velocity of 4.9m/s, so we compute

The jump takes 1.003 seconds (3 milliseconds longer than expected), and I land 116 micrometers west of my original position (no change in my north/south position, since I started at the equator).

To check @NowIGetToLearnWhatAHe's answer: jumping 1m on Earth requires an initial velocity of 4.43 m/s, so we run

The jump lasts 0.9053 seconds, and I land 6.9mm south and 62.5 micrometers west of where I started, verifying @NowIGetToLearnWhatAHe's answers up to roundoff errors.

This effectively also answers https://physics.stackexchange.com/questions/80090/ if we assume jumping 1m up and hovering 1 second is close enough to the cases above.

It unfortunately doesn't answer https://physics.stackexchange.com/questions/89276 Even though the train's ceiling is probably no more than 1m higher than the thrower's hand, the 600mph velocity of the train might be sufficient to affect the equation.

Let's solve the problem at 45 degrees north latitude, where the bullet's motion is greatest:

with various v0's to see how fast the coin must be flipped to miss the flipper's hand (assuming hand radius of 12cm).

At 45 degrees latitude on Mars, we have:

and it turns out an initial velocity of 10m/s (equivalent to 3.76m/s or 8.5 mph on Earth) would suffice to have the coin miss your hand.

We can also use this code to get an idea of how much accounting for gravity and rotation affects trajectory at different initial velocities.

For the below, I use: 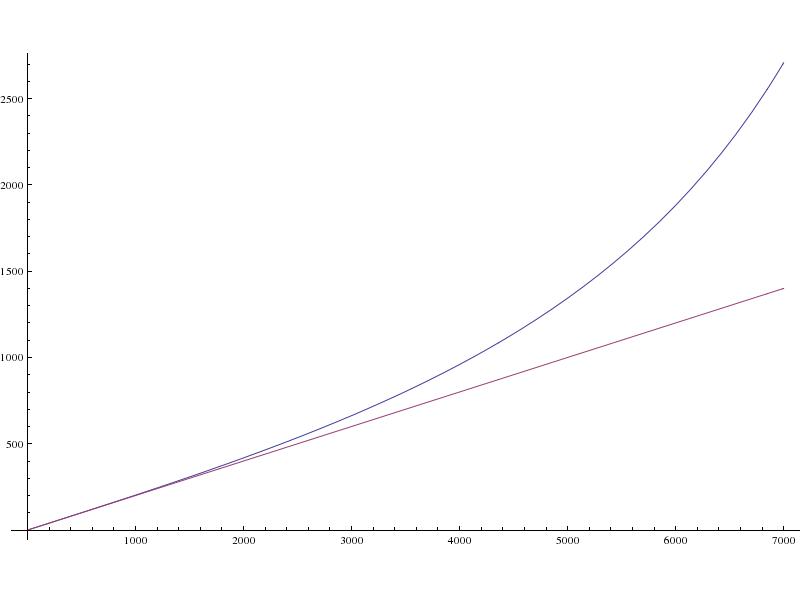 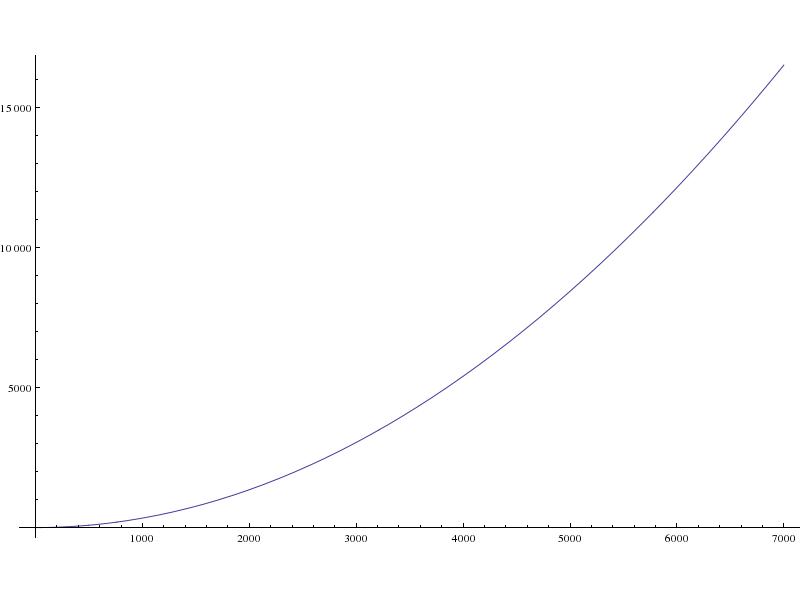 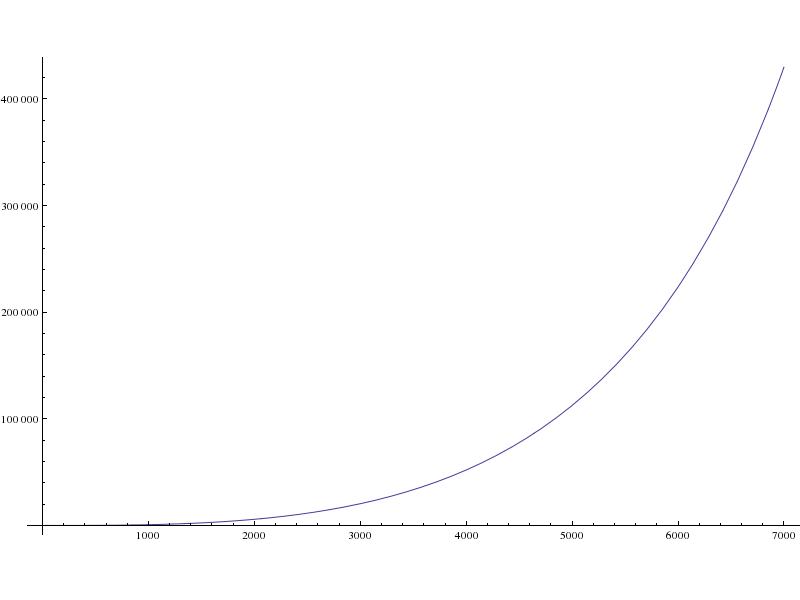 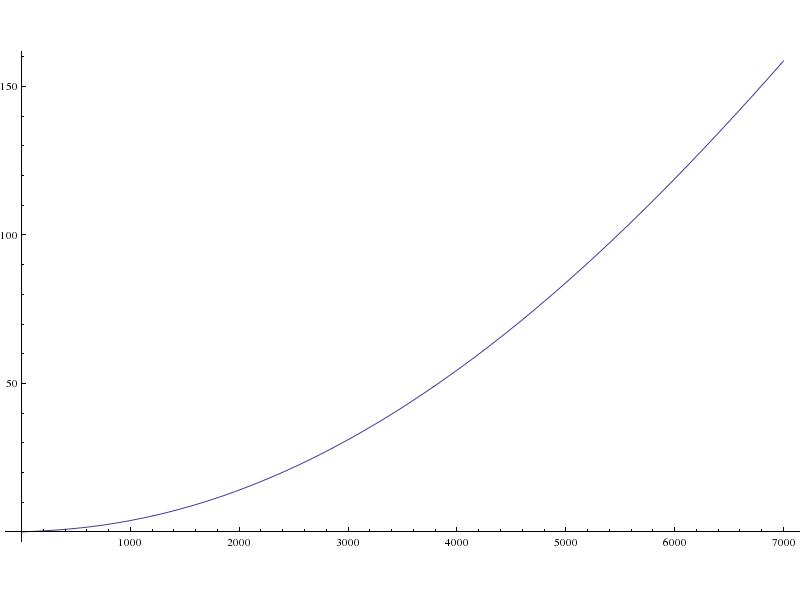 Not the answer you're looking for? Browse other questions tagged orbit trajectory or ask your own question.

0
Faster alternative to travel to any location in the west
5
How will a suborbital flight country to country work?

3
From which direction should a spacecraft intercept a target planet's sphere of influence for an inner-to-outer planet trajectory?
1
Need help recreating Cassini trajectory description from SKYMAP trj file
4
Starman trajectory in future
3
Space trajectory Optimiztion
6
Explanation of single-burn trajectories from Lunar surface to Earth surface
3
How to find the optimal launch trajectory for a rocket launched from a planet with an atmosphere?
4
Apollo lunar mission trajectory animation