During launch, how is the launch vehicle tracked?

Obviously a launch vehicle needs to be tracked quite precisely during launch, but how is this accomplished? Is it all done from the ground, or do launch vehicles normally fly with GPS receivers? Is there info available about typically attainable levels of precision during the launch phase?

Different systems are employed during a rocket launch to track the launcher position, but the most precise and relied upon is the telemetry data that is transmitted from the launcher itself to the ground control. Of course, all such systems have redundancy and their accuracy and reliability is constantly controlled in real time by use of secondary, even tertiary systems, on top of on board sensors, sensor boards, and communications subsystems redundancy.

In rocketry, telemetry equipment forms an integral part of the rocket range assets used to monitor the position and health of a launch vehicle to determine range safety flight termination criteria (Range purpose is for public safety). Problems include the extreme environment (temperature, acceleration and vibration), the energy supply, antenna alignment and (at long distances, e.g., in spaceflight) signal travel time.

Exact configurations of such tracking and tracking control systems would vary substantially with different launchers, even individual missions. For example, what NASA calls Launch Vehicle Data Center, would be flooded with sensor information on temperature, speed, trajectory, and vibration from the launcher itself. On top of that, ground based telemetry data is fed into the tracking system for controls and redundancy in case of failures. Various ground based tracking systems might be deployed, such as radars, lidars, even optical/visual trackers (cameras, optical telescopes,...).

More specifically, for example this is what Sea Launch says about communications and telemetry for their marine segment launch platform Odyssey:

Sea Launch uses line of sight telemetry tracking links between the launch vehicle and the Attitude Control System (ACS) at lift off and then switches to the NASA Telemetry and Data Relay Support Systems (TDRSS) at fairing jettison for the remainder of flight - stage separations up to an including spacecraft separation into orbit. 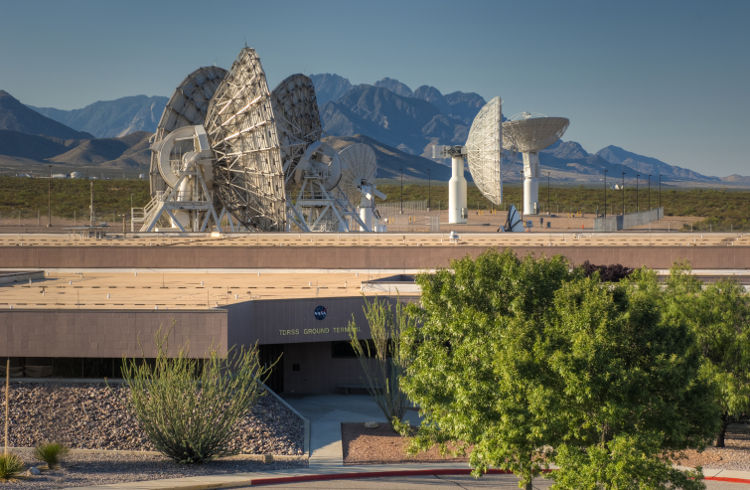 And NASA Computer Technology Spinoff article from 2009, the Telemetry Boards Interpret Rocket, Airplane Engine Data (PDF) has this to say:

The remote measurement and transmission of systems data—called telemetry—is essential to ensuring the safe and successful launch of the Agency’s space missions. When a launch is unsuccessful, as it was for this year’s Orbiting Carbon Observatory satellite, telemetry data also provides valuable clues as to what went wrong and how to remedy any problems for future attempts.

8
How does a launch vehicle control its trajectory during the first stage?
12
How does a rocket navigate during launch?
5
Could Earth's electric grid be used to power rocket launches via cable?
10
How risky is launching a rocket during a geomagnetic and solar radiation storm?
4
What is the basic optimal trajectory for a launch vehicle?
4
How accurate can near earth asteroids be tracked?
1
Can the deactivated satellites also be tracked through TLE?
4
How to find the optimal launch trajectory for a rocket launched from a planet with an atmosphere?
6
How is satellite position tracked in practice?