What does "angle of attack 100%" mean in Apollo abort rules?

In Apollo Mission Rules and Saturn V Flight Manuals, I have seen the following abort rules: 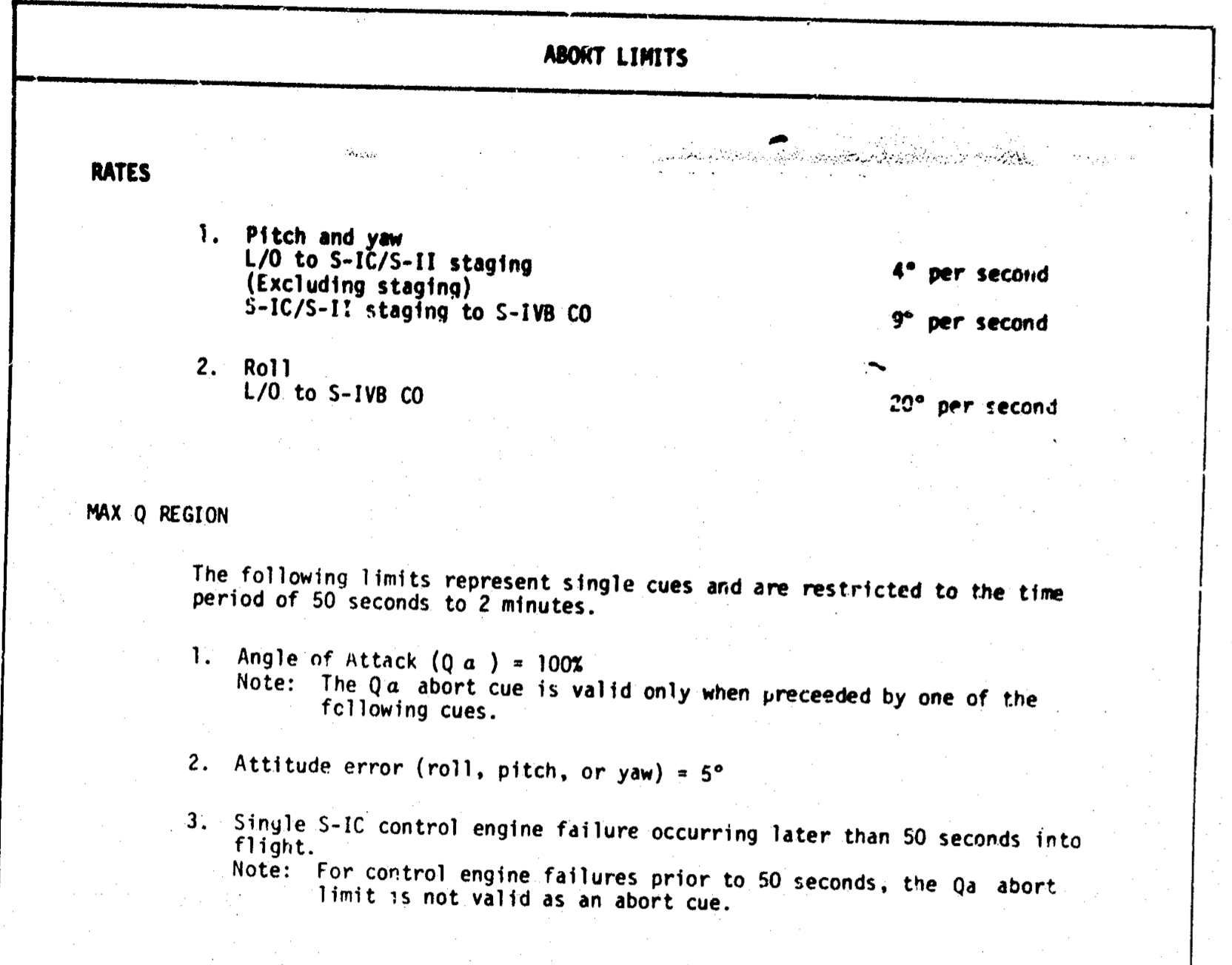 I understand what most of this means -- if the launch vehicle begins turning at more than 4 degrees per second, abort is indicated, and so on.

However, in the Max Q region (50 seconds to 2 minutes after launch, so really the "high Q" region), an angle of attack of "100%" is grounds for abort. I'm used to angle of attack meaning the angle between the vehicle's long axis and the airstream, and given in degrees, not in percentage.

This Q-alpha value was actually displayed to the crew on a meter. (On orbit the meter served as the Service Propulsion System chamber pressure meter.) The description of the value shown on the meter is:

the qa display is a pitch and yaw vector summed angle-of-attack/dynamic pressure product (qa). It is expressed in percentage of total pressure for predicted launch vehicle breakup (abort limit equals 100%). 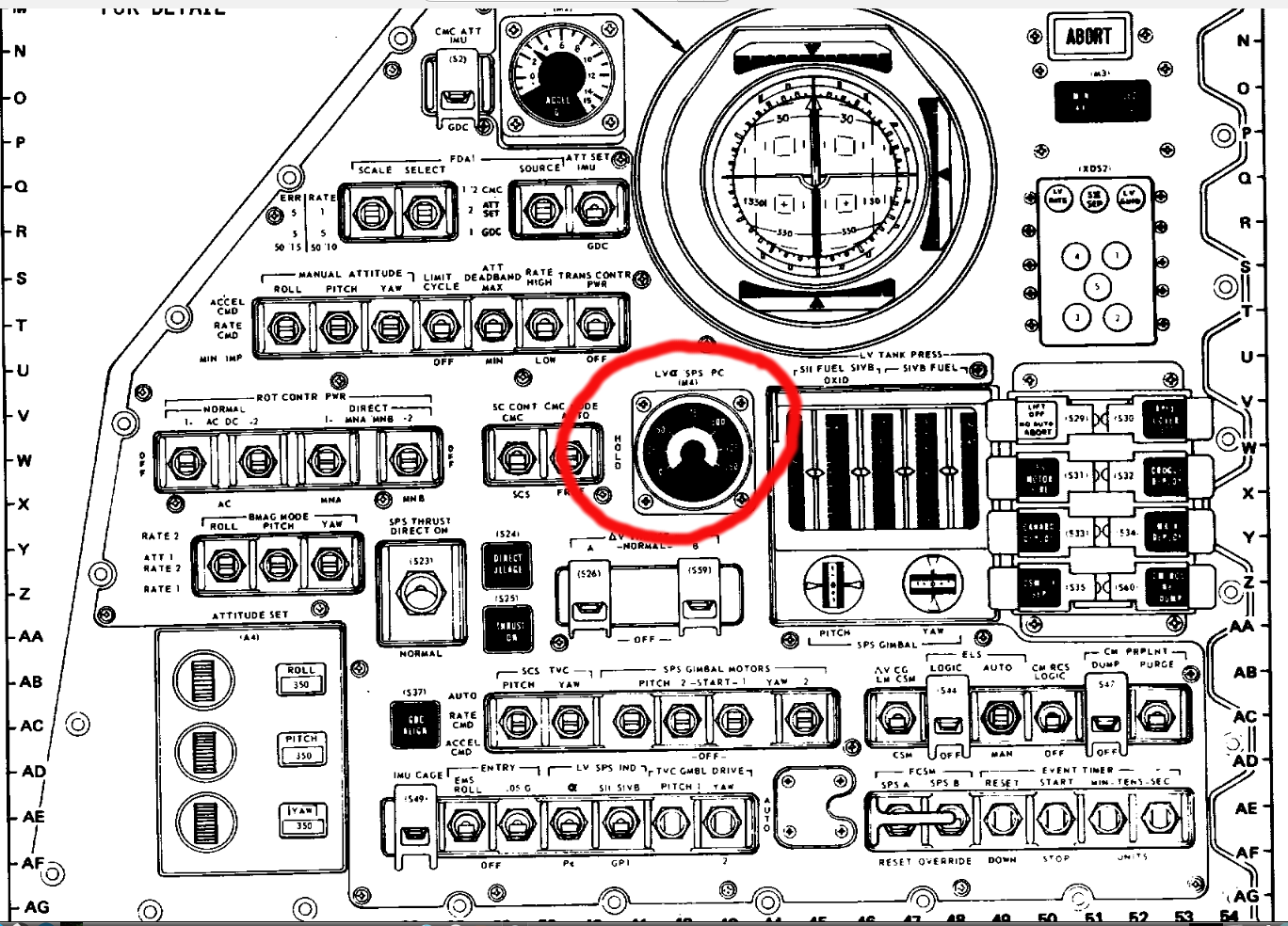 The shuttle rules were shown as plots of Q-alpha versus Q-beta, indexed by Mach number. The plots had the strange name of "squatcheloids".

Here is a sample Shuttle squatcheloid showing the Q-alpha and Q-beta limits at a given Mach number. 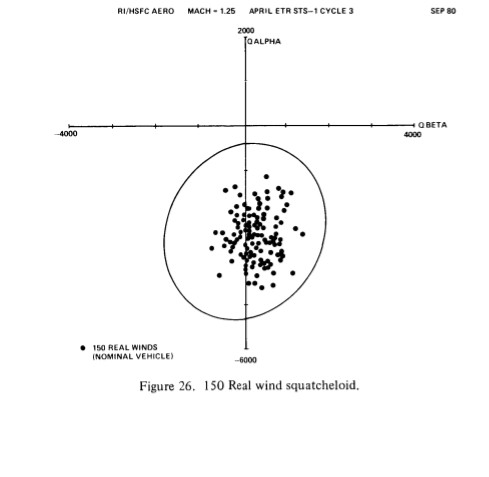 Not the answer you're looking for? Browse other questions tagged apollo-program saturn-v abort or ask your own question.

13
How long does Max-Q last?
6
What was the actual Q-alpha limit for Saturn/Apollo launches, and what was the typical max Q-alpha?

12
Did the Apollo command module have an abort mode?
18
At what angle did Apollo 13 need to reenter?
20
Why does Dragon 2 abort with the trunk attached?
6
What abort modes does Soyuz have in space?
3
Abort plan for Apollo 8
8
Could the Apollo LM abort mode be engaged after touchdown? What would have happened if it was?
10
How was Apollo supposed to rendezvous in the case of a lunar abort?
5
What do the highlighted patterns in the Apollo Flight Plan mean?
6
What was the actual Q-alpha limit for Saturn/Apollo launches, and what was the typical max Q-alpha?
2
What do these Apollo era terms mean?