Have any animals that have been studied onboard the ISS come back alive?

Obviously, I mean any living organisms from the animal kingdom except humans, sent to the International Space Station (ISS) for the purpose of scientific research. I also don't mean if they did the Chicken Run on their own. Clearly, that wouldn't be possible, so fear not, while I realize this might so far sound like an attempt at trolling, my motivation for asking this question isn't to impose my moral views, ask stupid questions, or anything like that. I'm asking this question to understand better the extent of medical and biological research performed onboard the ISS, and whether studies also continue post-exposure to microgravity and increased radiation conditions on the station, to study readjustment to gravity, the ability of subjects to regenerate under different medication regimes, and so on.

Where does my question come from? Well, I just watched a video interview with Dr. Julie Robinson, NASA's International Space Station Chief Scientist explaining some of the upcoming science experiments planned to be conducted on the ISS in 2014. And among other set goals for the year that barely started, she mentions that more rodents will be sent to the station onboard the third SpaceX Dragon operational cargo delivery mission to the ISS, currently scheduled for February 22, 2014. And we know that rodents and other live animals were already studied onboard Space Shuttle or sent to the ISS before. But here's the thing. Since the retirement of the Space Shuttle, I don't recall any other cargo vehicle also delivering experiments back to Earth, with the only notable exception being the Soyuz spacecraft, but since out of the three of its modules only the crew module actually lands in a controlled manner suitable for delivery of live beings, this means there's only a really limited space available for any experiments to be delivered back alive, where observations could continue. And live creatures tend to require specific conditions to stay alive.

So, since it would obviously be of great scientific value to have at least some of these tiny visitors to the space station return back alive to study their ability to regenerate from their excursion to the outer space (e.g. regrow fractured bones, study effectiveness of medication to regain body and bone mass, blood volume, etc.), I suspect this has been done before, so here's my question:

Which laboratory animals were brought back to Earth alive after being studied in microgravity on the International Space Station, how often was that one of the goals of the scientific research on them, how often did it succeed, when did it last happen, and how severely has the retirement of the Space Shuttle and lack of other suitable cargo delivery vehicles delayed or otherwise affected such research on living animals? Can we expect such research to pick up in pace once commercial cargo vehicles or their capsules (like e.g. Dragon CRS) will also be retrieved on landing and not merely left to burn up in the atmosphere on re-entry?

Perhaps a bit too broad, but covering current success and future plans of a single larger space agency participating in research on live animals (NASA, Roscosmos, ESA, JAXA) onboard the ISS should answer most of my answers sufficiently. I don't expect list answers, an overview should do just fine.

YES, They have come back alive at least once, aboard Space Shuttle Discovery in the Mice Drawer System (made in Italy). 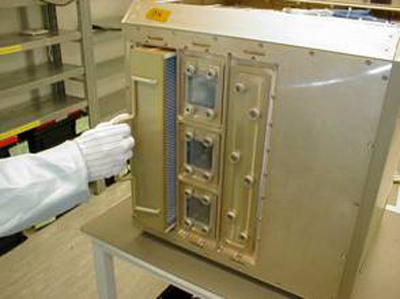 MDS was carried to the ISS on August 28, 2009, and returned on November 27th, 2009, setting the longest permanence in space for rodents of 91 days. Three wild type (Wt) and three PTN-transgenic male mice were housed in the MDS during this experiment. A ground replica mimicking the flight experiment was performed at the University of Genova to evaluate the effects of microgravity and compare these effects to different Earth controls.

Unfortunately during the mission, one PTN-Tg and two Wt mice died. The necropsy revealed that mouse Wt3 had a major spinal cord lesion that possibly occurred during the shuttle lift off. An analysis performed on feces present in the cage of the PTN-Tg3 mouse suggested that the animal could have developed a liver pathology. The post-landing check performed on the mice cages revealed that Wt1 mouse died in consequence of a failure of the food cassette system. The remaining mice showed a normal behavior throughout the experiment and appeared in excellent health conditions after landing. During the mission, the mice health conditions and their water and food consumption were checked daily. Upon landing, mice were sacrificed, blood parameters were measured and tissues were dissected for subsequent analysis.

Not the answer you're looking for? Browse other questions tagged iss research animals or ask your own question.

19
How are dead animals disposed of on the ISS?
7
Is there anything on the ISS that would be destroyed if that object were returned safetly to Earth?
3
Post-shuttle, "Have any animals that have been studied onboard the ISS come back alive?"

12
What kind of biological research does the ISS do?
12
With one out of two Thermal Control Systems on ISS malfunctioning, how long can Loop B keep up with increased load?
19
How are dead animals disposed of on the ISS?
5
Could NASA send animals to Mars and back as a rehearsal before a human mission?
12
What did they expect to happen with Laika?
3
Post-shuttle, "Have any animals that have been studied onboard the ISS come back alive?"
71
Why does the ISS have to be destroyed?
2
What's the soonest after ISS arrival that an astronaut has gone on a spacewalk?
21
Are there free insects in the ISS?
5
What animals would be best suited as pets or comfort animals for extended periods of spaceflight in microgravity?