Has Lightsail-2 really increased the total energy of its orbit by utilising energy from sunlight, or has it simply exchanged energy by lowering its periapsis in order to raise its apoapsis? And if so, how? Is their a drag effect that comes into play depending on sail orientation? Or some other effect? Or is Lightsail-2 really raising its orbit through, and nobody wants to explain the exact mirroring of the lowering of its periapsis? 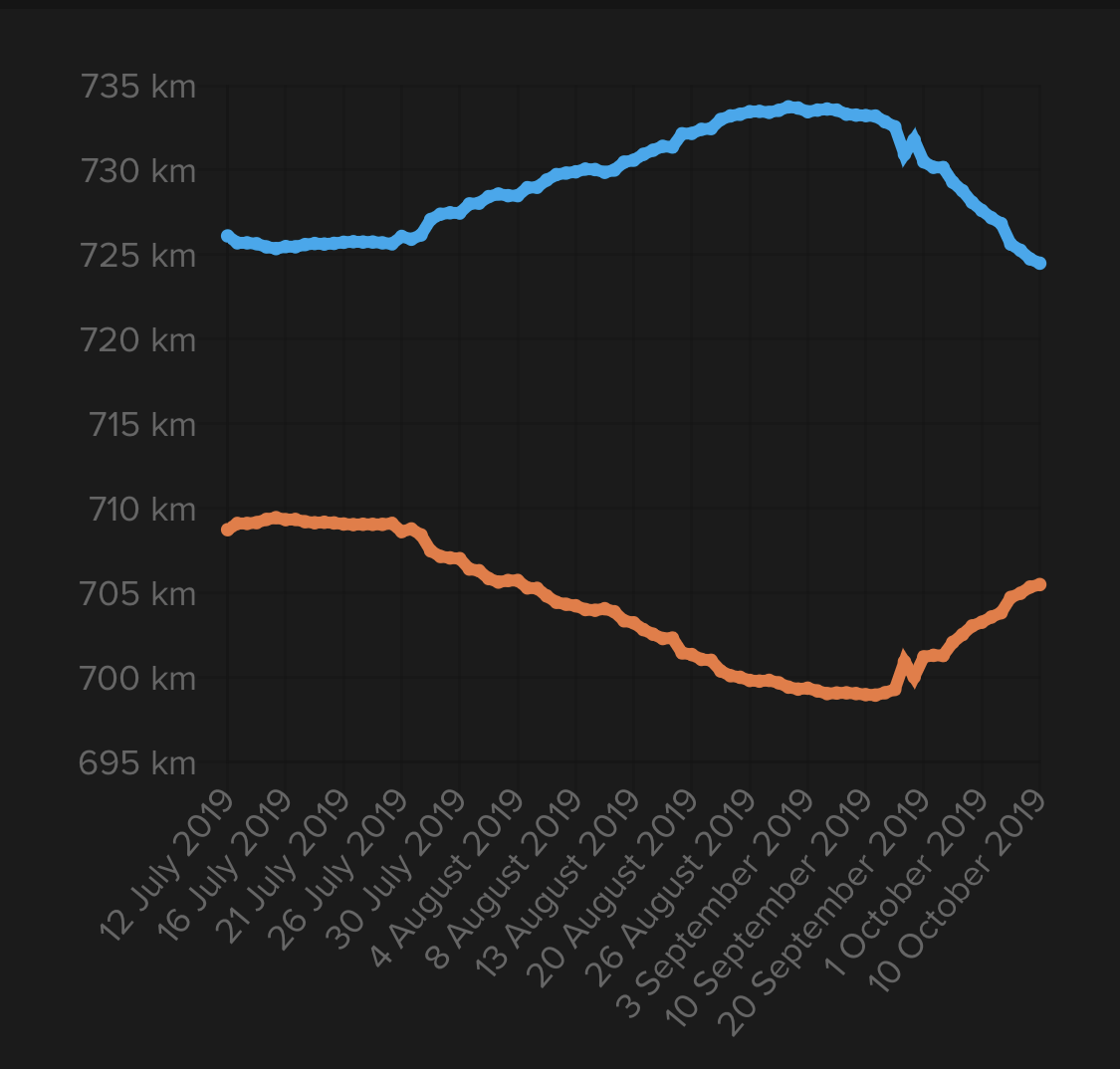 The FAQ page from the planetary society said that this is because the craft is not very precise with its pointing.

LightSail 2's attitude control system does not have the precision to maintain a circular orbit. Therefore, as one side of the spacecraft's orbit rises, the other side will dip lower, until atmospheric drag overcomes the forces of solar sailing, ending the primary mission. The spacecraft will remain in orbit up to a year before succumbing to destructive reentry.

Though LightSail 2 cannot raise its orbit indefinitely, this would be possible by angling the sail more precisely during each orbit.

The orbit data provided by the society shows no intervals where the semi-major axis increased. So I would agree that the apogee change demonstrates the ability of the sail to "steer" the craft, not to gather significant orbital energy.

This is what we'd normally expect from increasing the area to mass ratio of an object. Solar radiation pressure will change the eccentricity of an orbit by adding to orbital velocity on one side of the orbit and fighting it on the other side.

In Low Earth Orbit the effect will be mixed in with increased atmospheric drag. At geostationary orbit its a (little) bit neater, you can actually see the perigee rotate to face the sun through the year as an additional consequence of the same process.

It does seem plausible to increase the semi-major axis by steering the object so that it does not always present the same area to mass, though presumably that's the next demonstration.

Not the answer you're looking for? Browse other questions tagged orbital-mechanics light-sail or ask your own question.

5
How exactly does the inclination and direction (specifically retrograde) of orbit affect the velocity I need to attain orbit?
7
Planetary Society's LightSail Spacecraft's corner cube reflectors; how large, and corrected for aberration?
3
Is Dawn's upcoming low periapsis orbit for XMO7 “resonant”?
3
How will The Planetary Society's LightSail 2 Spacecraft's retroreflectors be used?
1
How does lightsail 2 plan to raise its apogee
1
Does Lightsail-2 take significant advantage of the Oberth effect?
1
What kind of transmitters and antennas do the Lightsail-2 ground stations use?
2
Total delta-v expected from Lightsail-2's solar sail before end of mission, and why end it so soon?
0
Does the elliptical orbit have many periapsis points?