I was wondering what would be the applications of both and where would I use each?

And also, is the three-body problem theory only used to solve for periodic orbits around Lagrange points or are there any other implications?

As mentioned already, the motion of two bodies can be reduced to a single body problem. In spaceflight, the assumption that your satellite is massless can basically always be made. The distinction is mostly whether you model the motion of your spacecraft as being attracted by one or two bodies. Of course, regardless of whether you are using a single central body or a three-body problem (CRTBP or general three-body), if you need more precision, perturbations are added to the main dynamics of the system.

The reason why you would choose one over the other is that for some desired trajectories, the dynamics are simply not present in the central body model. The simplest case where central body gravity is not sufficient is of course any kind of three-body orbit, such as halo or lissajous orbits around one of the libration points.

One of the most important uses of three-body dynamics is patched 3-body trajectories. These are trajectories generated in the same way as the more commonly known patched conics trajectories but can utilize three-body dynamics to arrive at much more efficient trajectories. The basic idea is splitting up the trajectory into parts where different bodies are considered the main attractors. One such trajectory could be a transfer from LEO to the Sun-Earth L1 point, via the Earth-Moon L2 point. The method makes use of so-called stable and unstable manifolds. These manifolds are sets of trajectories leading respectively towards or away from the libration points.

Both images for the patched 3-body approach are taken from Connecting Orbits and Invariant Manifolds in the Spatial Three-Body Problem by Gomez et al. 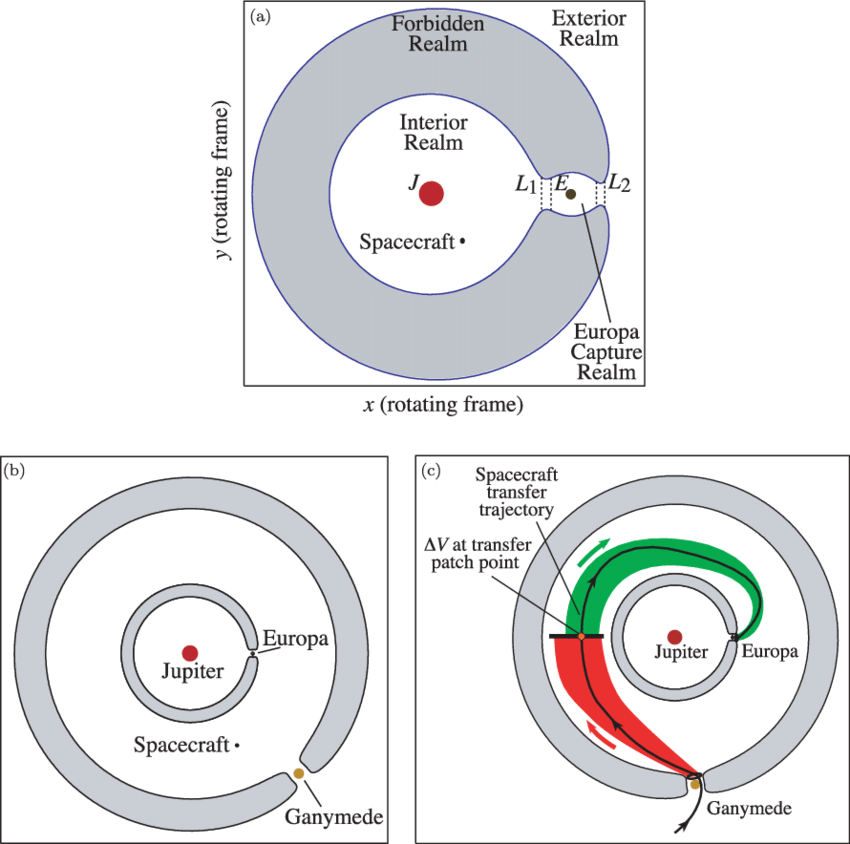 And also, is the three-body problem theory only used to solve for periodic orbits around Lagrange points or are there any other implications?

The CR3BP or CRTBP or Circular Restricted Three Body Problem assumes circular orbits of two massive bodies around their common center of mass, and a third massless body that responds to their gravity fields. It is usually solved in a coordinate system that rotates with the massive pair, so animations often show the two fixed.

For the third body, some trajectories can be closed and periodic but those are relatively rare. You can still use CR3BP techniques to analyze chaotic orbits like those of minimoons which dance around for a while in the Earth-Moon system, then drift off.

There are a large number of closed and periodic orbits in the CR3BP, I've added one image below but you can read more about it in this answer. I don't know how many possible orbits there are in total, the question How many kinds of closed or periodic orbits are there in the circular restricted three-body problem? has not yet been answered.

Some of those orbits are stable against small perturbations within the CR3BP constraints, but most are unstable. What do stable and unstable mean? In this context an orbit is stable if you can give the object a tiny nudge and it will continue in a slightly different but also closed and periodic orbit. If it is an unstable orbit, then the tiniest of nudges will cause to diverge or bifurcate from the original orbit and after a short time go off and do something completely different.

In the question How to best think of the State Transition Matrix, and how to use it to find periodic Halo orbits? you can see how CR3BP math can be used to generate a few halo orbits, its a very simple example. 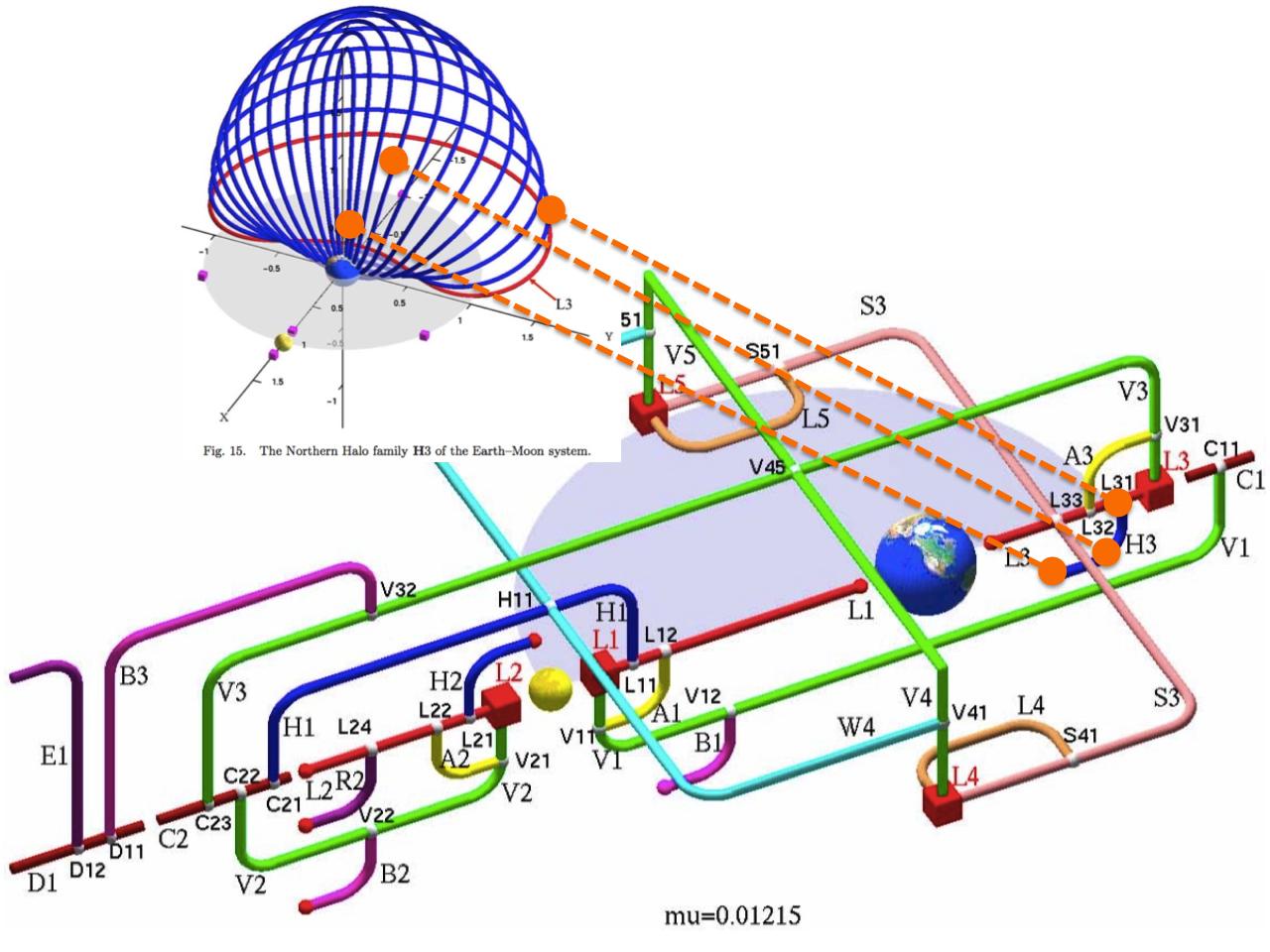 Not the answer you're looking for? Browse other questions tagged orbital-mechanics spacecraft trajectory interplanetary mission-design or ask your own question.

13
How to best think of the State Transition Matrix, and how to use it to find periodic Halo orbits?
9
Have there been any documented mini-moons since 2006 RH120?
11
What sort of orbital elements are used to describe halo orbits?
2
Roughly how many kinds of closed or periodic orbits are there in the circular restricted three-body problem?

7
What, if any, libration points exist in systems of multiple orbiting bodies?
0
Which point in an orbiting body most closely follows its Keplerian trajectory?
1
What is the analytical closed-form solution of the two-body problem to verify its numerical integration results?
3
Are there some three-body orbits that can't be escaped? Can we know without propagating forever?
10
Why aren't energy and momentum (of a restricted three-body system) conserved, or are they?
3
What does the term "libration point gateway" mean?
3
Can mascons have Lagrange-like points? In principle? At the Moon?