Tomographies of various kinds are basically the only possibility right now to look deeper into asteroids or planets. On Earth, "signals" generated by earthquakes are for instance used for performing a tomography in a mathematical sense of the Earth and its core structure (seismic tomography in wikipedia, more details in a document of the Incorporated Research Institutions for Seismology).

In space, as far as I know, the only mission making use of a similar concept (for an asteroid) is Rosetta with its "COmet Nucleus Sounding Experiment by Radiowave Transmission" - please correct me if I am wrong.

There have been plenty of proposals for seismic networks on the Moon, etc. But are there any currently seriously investigated mission concepts with hopefully some actual funding, which contain at least one experiment/instrument of any sort that could perform a tomography of a celestial body?

EDIT: What I am kind of looking for are concepts, which result in a 3D representation of the interior of an object as you can find it in medical applications. Due to the fair number of seismometers and quakes here on Earth, you can actually search for anomalies within a plain shell model of the Earth. On the Moon, there were similar attempts during the Apollo era. Have a look at this paper: A. Khan, A. Pommier, G.A. Neumann, K. Mosegaard, 2013. The lunar moho and the internal structure of the Moon: A geophysical perspective. In: Tectonophysics. Figure 4 is interesting. Here, the limitation was the number of seismometers and useful seismic events. Besides, all seismometers were located on one hemisphere, thus further limiting the value of their data. The answer of @DeerHunter refers to InSight for Mars, which is based on the same concept and essentially has the same limitations. 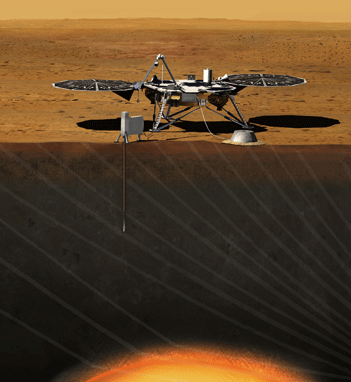 Why do I consider it tomography if there's only one sensor? 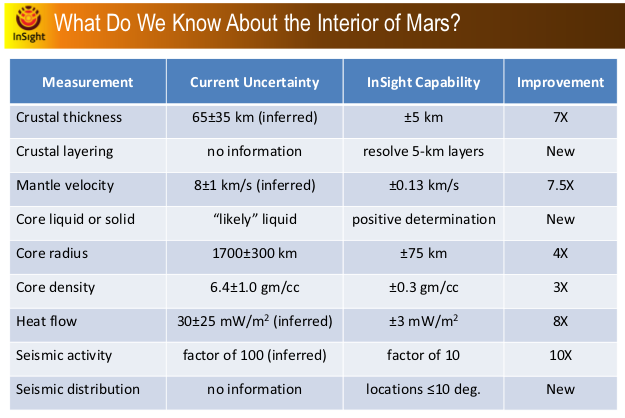 5
Is any non-planetary celestial body smaller than a star known to be a spontaneous radiator?
4
Could an ARM Option B type of mission be used to deflect a hazardous asteroid?
12
Which are the main challenges for sample return mission from an asteroid and a comet?
4
Clohessy - Wiltshire equations for use in Asteroid "chasing"
22
Is Mars more at risk than Earth for asteroid collisions?
2
Can small asteroids in the asteroid belt be detected on the fly and how much of a threat do they represent for a human manned space mission there?