This is a screenshot from AstriaGraph. It mixes data sources for objects in orbit from Spacetrack/USSpacecom and JSC Vimpel. 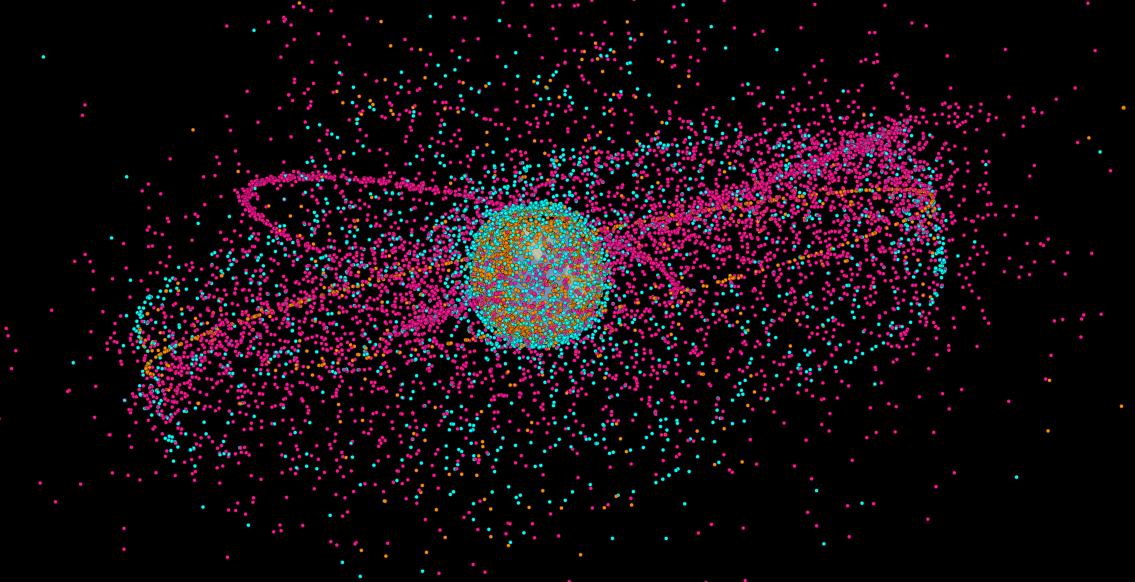 EDIT: I've created a separate question to split out the original two questions that were embedded in this one.

For orientation the geostationary arc comprises the orange dots in a semi-edge-on circle stretching from about "08:30" to "02:30" as we look at the image as a clock face.

There is also a clear ellipse stretching from LEO at 03:00 to an apogee at MEO at about 09:45 and it is made up of a mixture of purple and mostly pink dots. There is another pink ellipse which is completely edge on, on the right hand side slightly above the GEO arc.

When I clicked on objects in these orbits most of them are reported as uncategorised though I did find one labeled as a rocket body part. They are all only in the Vimpel catalogue and not reported as having USSpacecom IDs.

It looks like these two arcs might be debris from a rocket body fragmentation; the separate question mentioned above asks what the causing event might be.

The question, finally: Are there really this number objects that are observed by one system, Vimpel, but not another USSpacecom? Why is this?

These objects would be close enough to Earth to be visible to radar at perigee and high enough, and thus slow enough, to be tracked optically at apogee, so LEO Labs and Exonalytic should also have an opinion.

EDIT Following PearsonArtPhoto's analysis and info (see his answer here and then trace it to the paralellel question I raised on the cause of the apparent fragmentation) I looked up the object he mentioned (USA 257, satcat 46653, COSPAR 2014-055DD) and came across this report from ODQN which suggests that the parent object is indeed a Centaur upper stage, 2014-055B: 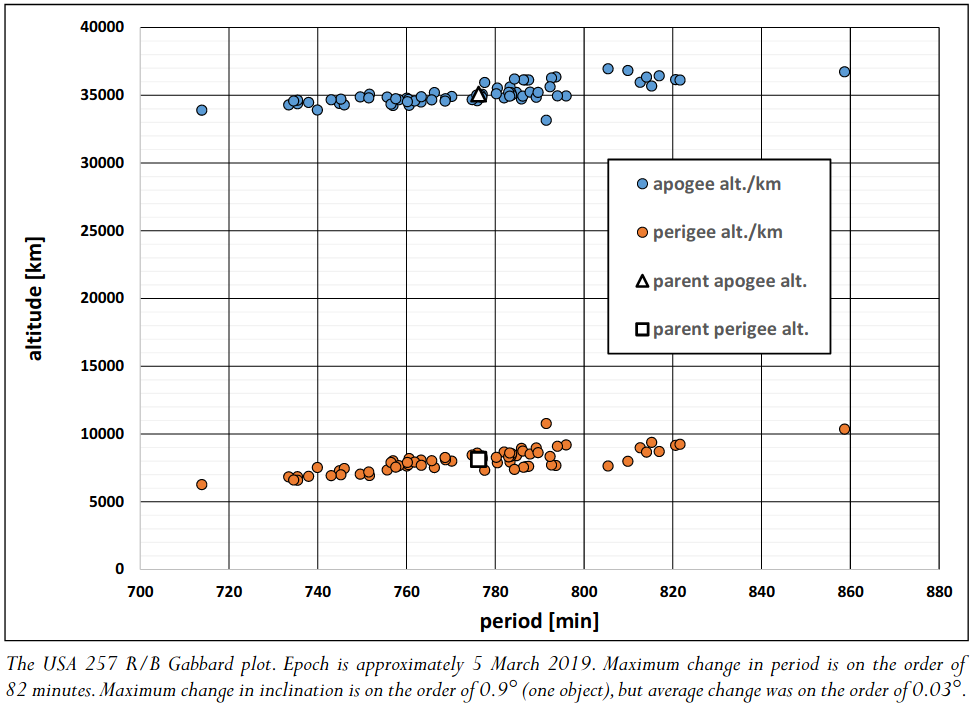 The fragments in the Gabbard plot to me look more spread out in altitude than those in Astriagraph, though its hard to tell. However the main thing I have learned from this, and a bit more experimenting with Astriagraph is that you can switch out populations of objects and discover that pretty much all of the uncategorised objects and a few of the inactive satellites are from the vimpel catalogue and all the rest are from USSpacecom, there may not be much overlap at all. For the moment I think my question remains as originally asked, though I am curious to understand more about the purpose of the Vimpel list.

As I answered on your other question, the answer is the source of the data is rocket upper stage debris. This kind of thing is very hard to track, and it is likely that some sources are better than others at tracking the particular pieces. It may also be that Space Track just doesn't list every single tiny piece of debris they see, they have some quality requirements to what they push out.

Not the answer you're looking for? Browse other questions tagged debris tracking or ask your own question.

7
What events caused this debris in highly elliptical orbits

15
What are the conditions for re-entry of an object in a (highly) elliptical orbit?
4
What would be a "big picture" understanding of how the orbits of Earth satellites are monitored?
5
What are these four "debris" objects along with the Starlink satellites?
39
Is it possible to observe space debris with Binoculars?
3
Would Kessler Syndrome feasibly get bad enough to prevent punching through to higher orbits?
2
Could any "Well-Tracked Analyst Object" turn out to be a natural object or even something else?
0
Out of 47,108 lines in the Satcat why are there exactly two lines with launch of the year of 000?
7
What events caused this debris in highly elliptical orbits
6
When was an operational satellite accidentally damaged by another man-made object in space?
5
How do kick motors distance themselves from their payload after their burn, if at all?