According to Wikipedia, General Motors made a deal to give cars to the Mercury astronauts at drastically discounted prices. Pictures of America's heroes driving their cars was good marketing for GM. Many astronauts opted for the Chevy Corvette sports car. Kennedy Space Center security apparently turned a blind eye to astronauts racing around the facility, and Alan Bean recounted seeing a row of Corvettes lined up in the astronaut parking lot in Houston. Alan Shepard's white Corvette (below) is on display in the Saturn V building at the KSC Visitor's Center. 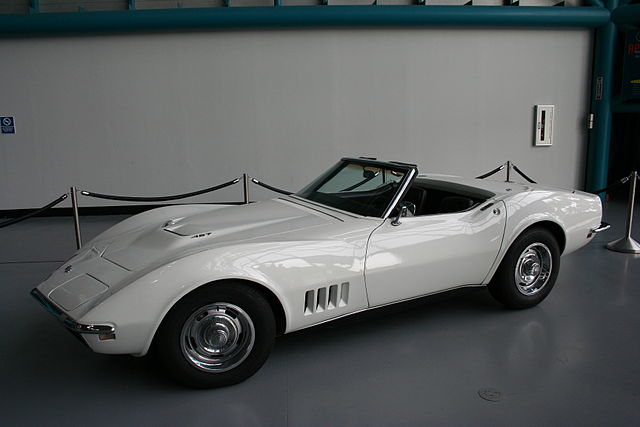 When it comes to information on Corvette, it's best to take a gander at the Corvette Museum has to say. Starting with Alan Shepard and the Freedom 7 capsule launch on May 5, 1961 to the final flight of Apollo 17 on December 11, 1972, GM wanted it's sports car to be associated with NASA. So they made a deal to lease any vehicle to NASA astronauts for the nominal fee of $1.00. Six of the seven Mercury astronauts had a Corvette. John Glenn infamously drove a NSU Prinz.

The deal ended because it was of questionable ethics to make a sweetheart deal like that available to government employees.

When the astronauts were done with the vehicles, GM then took them back and sold them as used with no identification of the pedigree of the vehicle.

Not the answer you're looking for? Browse other questions tagged astronauts project-mercury or ask your own question.

20
Size of Apollo era astronauts
27
When/where did the cosmonauts fight wolves?
7
How many earth stations had astronauts on-site during John Glenn's orbit in Friendship-7?
18
Did the Apollo astronauts ever describe reentry deceleration?
14
Did any "washouts" of the Mercury program eventually become astronauts?
30
Did any astronauts on a mission complain about waking up?
4
When during the flights did astronauts use the Valsalva device?
14
Why were seven astronauts selected when there were only six crewed Mercury flights?
2
How long did the Mercury astronauts have to stay in the isolation tank?
13
What caused the bruises when the Mercury capsule was opened by the astronauts?