What are the quickdraws for around the torsos of the crew-1 crew?

From a NASA tweet we can see the crew exiting, with a pair of quickdraws around their chest: 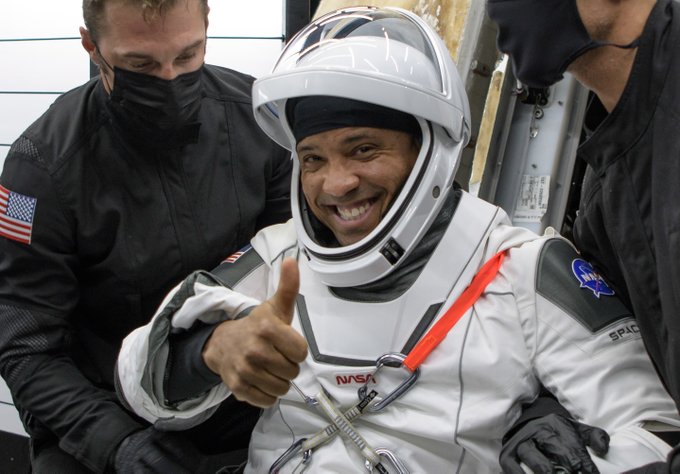 Oddly, everyone seems to get a different model: 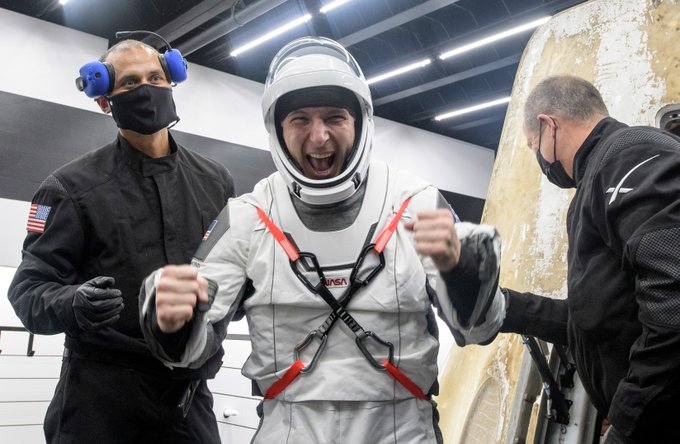 What are these used for?

It's always difficult to say exactly why SpaceX does things, as they are so secretive. However, the practice has historically been done in spacesuits to prevent ballooning when the suit is pressurized. In particular:

Apollo spacesuits had restraint cables that were hidden inside the suit.

American (EMU) and Russian (Orlan) EVA suits used with the Shuttle and ISS have a hard upper torso, which is rigid enough to prevent ballooning.

The restraint layer featured a major break-through with the use of a new “distorted-angle fabric” called Link-Net, which was used to control ballooning and enhance range of motion. This eliminated the need for the tomato-worm bellows at the limb joints used by ILC and most of the World War II suits. Link-Net is a series of parallel cords that loop each other at frequent intervals. The loops are interlocked but not connected so that the cords can slide over each other and feed from one section of the suit to another. [...] The enormous advantages offered by the Link-Net fabric were initially hard to fully grasp. The fabric allowed David Clark Company to design a suit that provided reasonable mobility without resorting to complicated mechanical or metal joints, saving considerable weight and providing much better comfort. 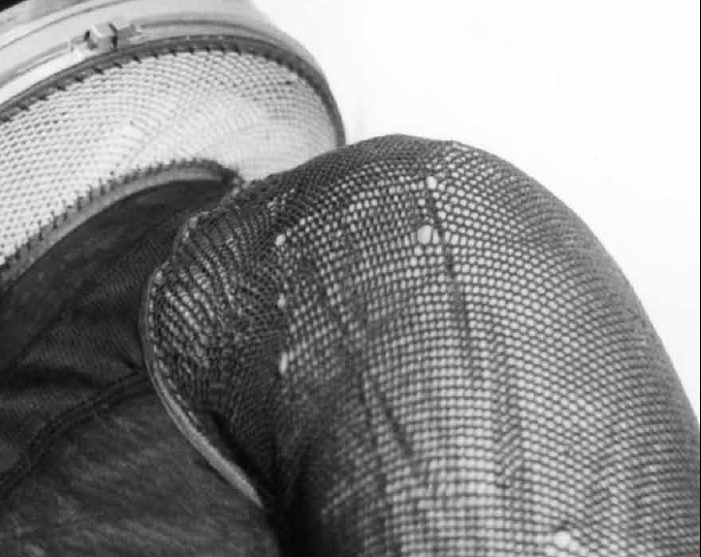 Not the answer you're looking for? Browse other questions tagged spacesuits dragon-v2 or ask your own question.

4
Did the Space Shuttle crew have to worry about monatomic oxygen?
36
What are these shiny wrist plates worn by astronauts in the SpaceX crew capsule
4
How long can astronauts wearing Dragon capsule suits walk around unconnected to water coolers?