What barge route did the Saturn S-II take from California to Florida?

The first stage (S-IC) of the Saturn V rocket was produced at the Michoud Facility in New Orleans. Too large to be transported by railroad or airplane, it was delivered to Kennedy Space Center by barge. The route is straightforward: sail across the Gulf of Mexico, then up the Atlantic coast of Florida.

The third stage (S-IVB) was built in California, but was small enough to be transported inside the Pregnant Guppy aircraft.

However, the second stage (S-II) was built in California (by North American Aviation in Seal Beach) and had to be transported by barge (because it was too large). Considering that California and Florida are on different oceans, what route did the S-II take to get to KSC? Did it pass through the Panama Canal? A map or pictures would be desirable.

The S-II stages (and actually also the S-IV and S-IVB stages before the Guppy aircraft) were transported by a converted Navy landing ship named the Point Barrow: 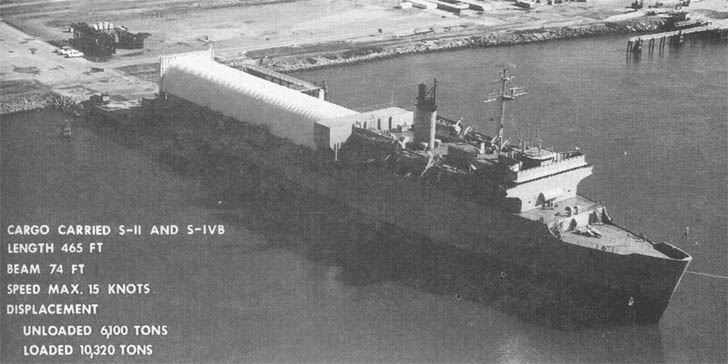 This was an ocean-going ship that took the stages via the Panama Canal (basically the only option; rounding Cape Horn would take much longer and is more dangerous) up the Gulf of Mexico to Florida. The route via the Panama Canal was a serious risk, as closure of the canal would mean waiting or trying to round the cape, both options seriously jeopardizing the launch schedule. NASA even at one point considered building a giant S-II-sized aircraft to mitigate this risk.

Here is a map of how the various stages traveled over water: 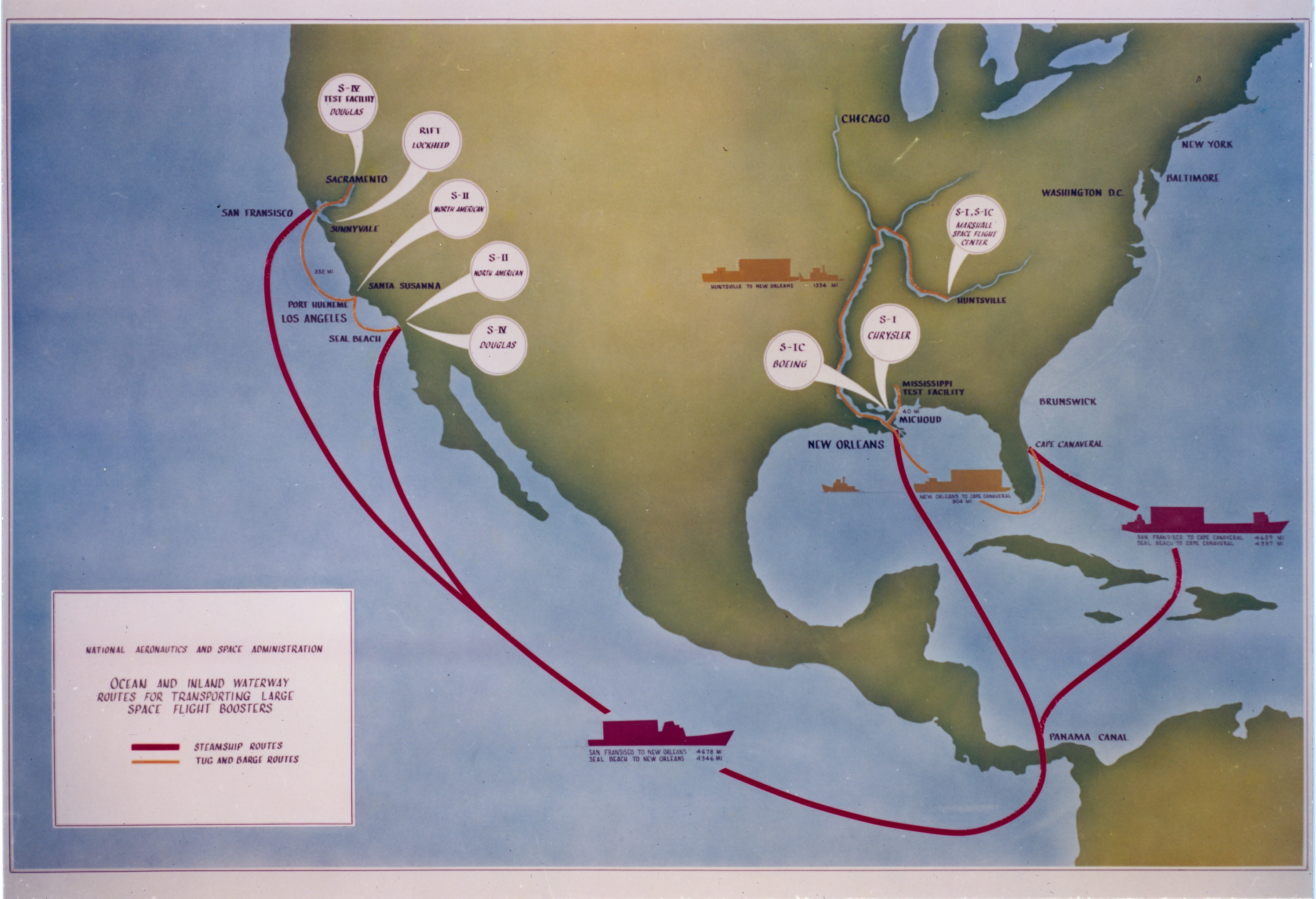 Not the answer you're looking for? Browse other questions tagged apollo-program saturn-v transport or ask your own question.

12
Why can solid rockets be both the skinniest and most spherical launch vehicles while liquid fuel rockets have a more limited range of aspect ratios?
8
Was anything manufactured at the Michoud facility between Apollo and the Shuttle?

10
To what extent did Apollo payload mass drive Saturn capability?
42
Did the Saturn V rocket have any purely aesthetic features that didn't serve an actual function?
6
Did the Saturn V interstage ring burn up in the atmosphere?
6
What function did the ribbed portions of the Saturn V exterior serve?
46
Why did Saturn V not head straight to the moon?
4
Did the Saturn V have the status check "go at throttle up"?
6
Separation of the stages of Saturn V by pyrotechnics, what about electrical and mechanical connections?