My city is a bit to the north of ISS orbit's northmost point (inclination is 51°, my city is N55°). I observed ISS around 23:xx in summer at its heighest point over horizon, 45°. 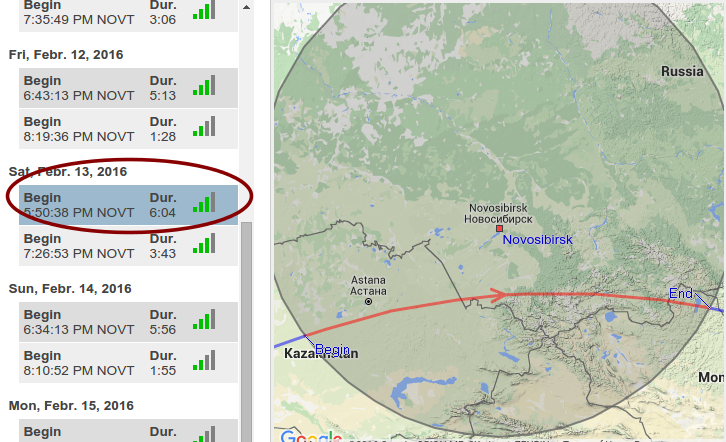 I supposed that the orbit northern point (lets call it ONP) is stable and with season it changes it's side: it may be on the lit side, half year later it's in shadow.

An observer like me sees ONP pass every day (Earth rotates "inside" the orbit), and with season it should be later every day. Apparently, in my winter it passes at noontime, I don't see it in the bright sky. In summer it passes around midnight.

At least this observation concords with my theory: it's a bit more than 1/4 of year till summer solstice, and it's visible 1/4 of day till midnight.

Am I right with the conclusion? Is ISS orbital plane stable as I describe?

This image shows the opposite picture. ONP is on the far side of this image, and with seasons Sun should move in counter-clockwise manner (in geocentric system). So, with season, the time I pass near this point should move to earlier, to daytime rather than to midnight. 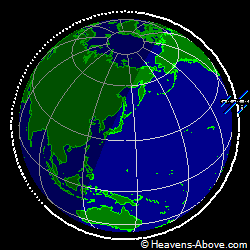 Wikipedia illustration: same side (for example, a distant star) in inertial reference system should be seen earlier and earlier with seasons changing. 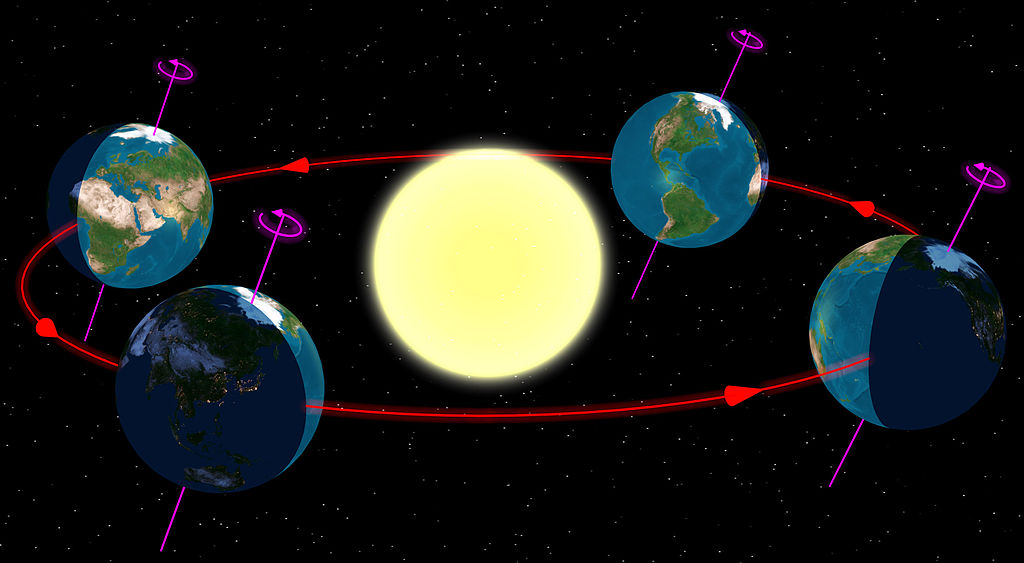 No. The ISS has a cycle of when it rises and sets, that is about 2 months. The following plot shows an example of the beta cycle. The movement is the precession around the Earth. Note that the cycle time is about 2 months. That means that about every 2 months, the satellite will be overhead at the same time. Note that there is some variation with the day, but the overall trend is such that it repeats every 2 months.

From Heavens Above, I have found the 10 day orbital predictions for the ISS at 55N 0E, UTC. There are many passes per day, but the best prediction comes from the first pass in a cycle. The first is the day in February 2016.

Not the answer you're looking for? Browse other questions tagged iss orbital-mechanics or ask your own question.

45
Can I see the ISS from the surface with the naked eye?
19
How often does the ISS orbit align with the day/night terminator?
4
Observing ISS from the earth

37
Why should the James Webb Space telescope stay in the unstable L2?
32
Will the ISS need more docking ports?
12
What does the BackFlip lunar cycler do in its pass by Earth?
6
How much accuracy is required to achieve interplanetary orbit without adjustment or deceleration?
13
Does ISS stop rotation for docking?
4
Is 45 km unusually close to pass the ISS and deploy a microsatellite without warning?
3
How are "terminator-riding" sun-synchronous satellites never passing over the pole?
7
What are the orbital mechanical consideration behind hand-launched nanosatellites from the ISS?
4
Is Dawn's upcoming low periapsis orbit for XMO7 "resonant"?
8
Does ISS get a surplus of oxygen or water?