How does JAXA's "Int-Ball" manage airflow to optimally navigate inside the ISS? 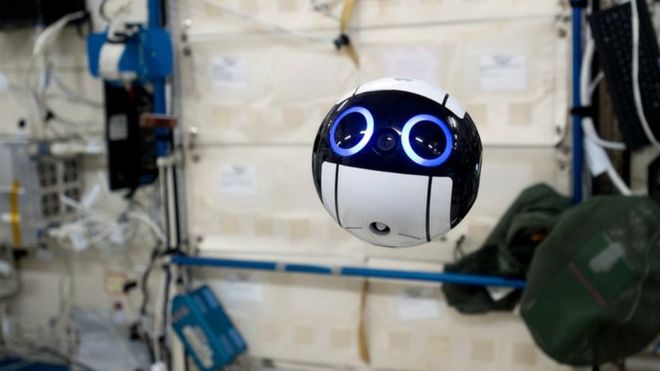 above: From the BBC's Japan's zero-gravity space drone sends first pictures from ISS.

This is JAXA's GEM internal ball camera, or "Int-Ball". Kawaii! It looks like it uses a three axis attitude control system developed for a ~31mm small cube satellite (see screen shots below), but for maneuvering around in space there are twelve electric micro-fans or $\mu$Fans.

Is there any information about how the airflow of these fans is managed? Do they work in adjacent pairs to avoid torque, or are they all pointing back toward the center of mass? Do the fans on the opposite side of the blowing fans actively suck in air, and transfer it via internal manifolds to the blowing fans?

below: Screen shot from this helpful JAXA video at 00:40. The glowing lines are data/power lines from the control electronics, which sits above the cube with gyros. They to not represent airflow. 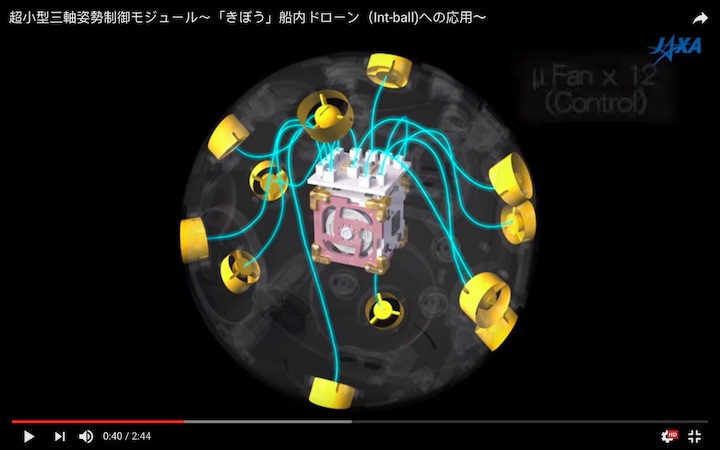 below: Screen shot from this helpful JAXA video at 00:42. The 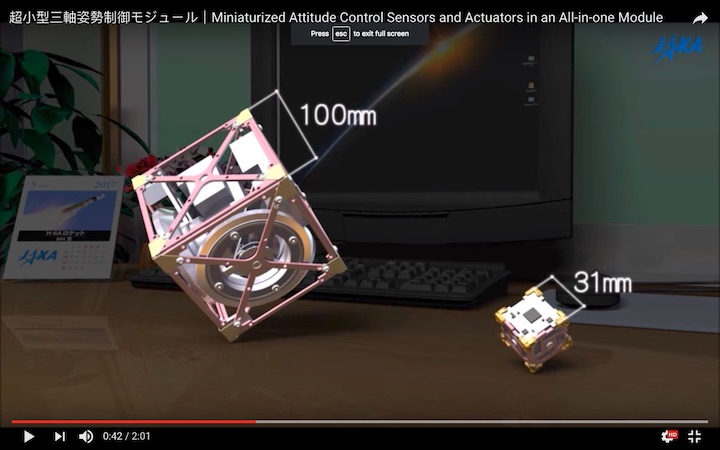 I think the Int-Ball uses all fans in a "push-configuration" and only does have passive air inlets in it's chassis. The internals of the chassis are therefore "empty" enough to enable sufficient airflow to the fans.

On this website if found a picture credited to JAXA: 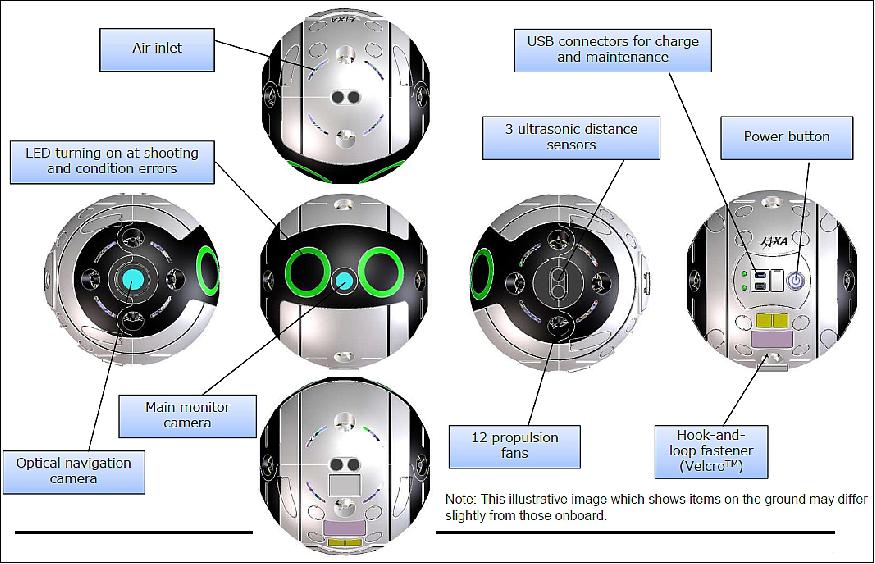 You can see those "Air inlets" in your first picture at the bottom of the drone.

Not the answer you're looking for? Browse other questions tagged attitude-determination-and-control robotics aerobot jaxa or ask your own question.

4
How exactly do the AstroBees implement propulsion and attitude control?
0
What is the difference between "body drag", "frictional drag" and "pressure drag" for astronaut or aerobot atmospheric locomotion in microgravity?

7
How many different walk-off maneuvers can the ISS robotic arm do?
2
How many robots have been at, in, or on the ISS?
5
How will GomX-4B manage angular momentum when using butane thrusters to move?
2
How will JAXA's space elevator-testing cubesat experiment work?
4
How do we manage the residual magnetic moment of magnetorquer with a ferromagnetic core?
4
How exactly do the AstroBees implement propulsion and attitude control?
9
Are all DC motors on the inside of the ISS brushless?
3
How is this reentrant storage area on JAXA's HTV 8 protected during launch?
15
Does the "Tennis Racket Theorem" apply to the ISS? Does it rotate around its intermediate (unstable) axis?
0
What is the difference between "body drag", "frictional drag" and "pressure drag" for astronaut or aerobot atmospheric locomotion in microgravity?