When could MAVEN launch to get to Mars, if it misses its launch date?

If it is a Hohmann Transfer Orbit which will be effective only when the launch point and destination of spacecraft are in straight line. Earth is its launch point and if Mars is to be the destination point it will happen once in few days or years so that the Earth and Mars will be in suitable position.

If MAVEN misses its launch (as planned by NASA) because of the shut down of the government, when will Earth and Mars align in a suitable position again so that it can be transferred to Mars orbit by a Hohmann transfer orbit ? 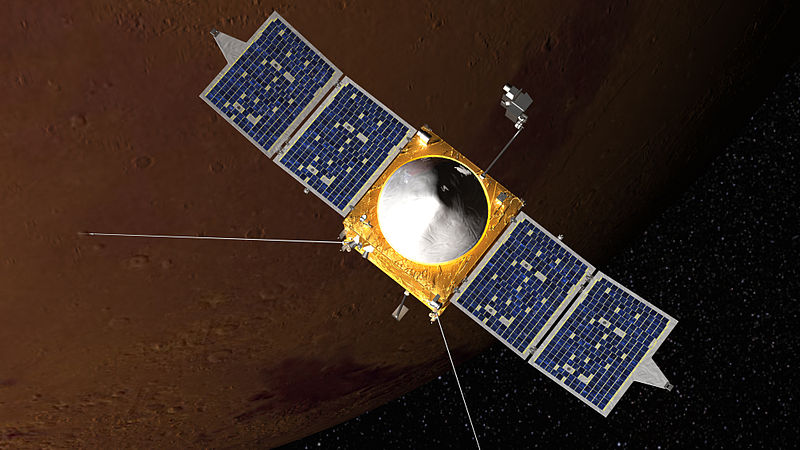 Most missions to other planets, in particular Mars and Venus, use Hohmann transfer orbits, or something akin to it. The perfect Hohmann transfer orbit has an instantaneous point of time where it needs to be launched, in reality, there is sufficient fuel to use another orbit that is very close to the perfect Hohmann orbit for a period of a few weeks. Specifically, MAVEN has a launch window of 3 weeks, starting November 18. If the government is shut down for only a week, then it probably won't make a difference, but there could be a significant difference in the ability to launch if it takes longer than that.

Okay, so what would happen if the window is missed entirely? Well, the next opportunity to get to Mars is 26 months later, due to the geometry of the planets. The ideal launch window happens every 26 months or so. Bottom line is, if it doesn't launch this year, we have to wait until mid 2016 to launch, with added expense of keeping the satellite in storage, and taking it from its near launch configuration to the stored mode.

Not the answer you're looking for? Browse other questions tagged mars orbital-mechanics trajectory cost or ask your own question.

16
How did the US government shutdown of 2013 affect NASA operations?

7
Approximately how much fuel will ISRO Mars Orbiter have available when it enter Mars' orbit?
29
Why not travel to Mars in 2 months?
38
What uses would the Aldrin-Cycler have?
5
Do transfer orbits toward the central star necessarily result in a higher velocity on arrival due to the star's gravity?
8
Is bypassing LEO more efficient when launching to Venus or Mars?
2
First interplanetary launch from California! How far from Earth will InSight be when it separates from the Centaur 2nd stage?
5
Elliptical orbits transformed to “equivalent” circular orbit
1
Do satellites inject into a Hohmann transfer orbit in Low Earth Orbit or in Solar orbit?
4
Mars and back, staying only a few days
10
Why do many Mars missions launch now, if the Hohmann transfer orbit is the most propellant-saving one?