What is the highest inclination orbit ever attained from a Cape Canaveral launch?

The launch facilities at Cape Canaveral, FL are located at a latitude of about 28.5° N, so that puts a hard lower bound on inclinations from that site. I assume there are well-defined azimuth limits for launches from the Cape, but what is the highest inclination mission that has actually launched from here? If it was high enough, was it visible along the East coast of the U.S.?

Due to range safety requirements, which preclude launch trajectories that fly over populated areas, the maximum inclination by a standard launch from CCAFS/KSC is approximately 57 degrees. There was one mission, however, that exceeded that. STS-36, a classified shuttle mission, was launched to an inclination of 62 degrees, through the use of a "dog-leg" maneuver after SRB separation. This did result in an overflight of portions of eastern Canada, but this occurred at a sufficient altitude and velocity not to endanger the overflown region. This maneuver, in which the vehicle turned significantly northward after staging, came at a steep performance penalty, however.

To revisit this question, it does appear that the during the 1950s & 1960s, a number of extreme inclination and polar launches did indeed take place from Cape Canaveral in Florida.

The range safety limitations placed on launches from Florida was only enacted after a number of polar launches had already taken a place (possibly for good reason at the time too, as it is reported a 1960 Thor launch killed a cow in Cuba). 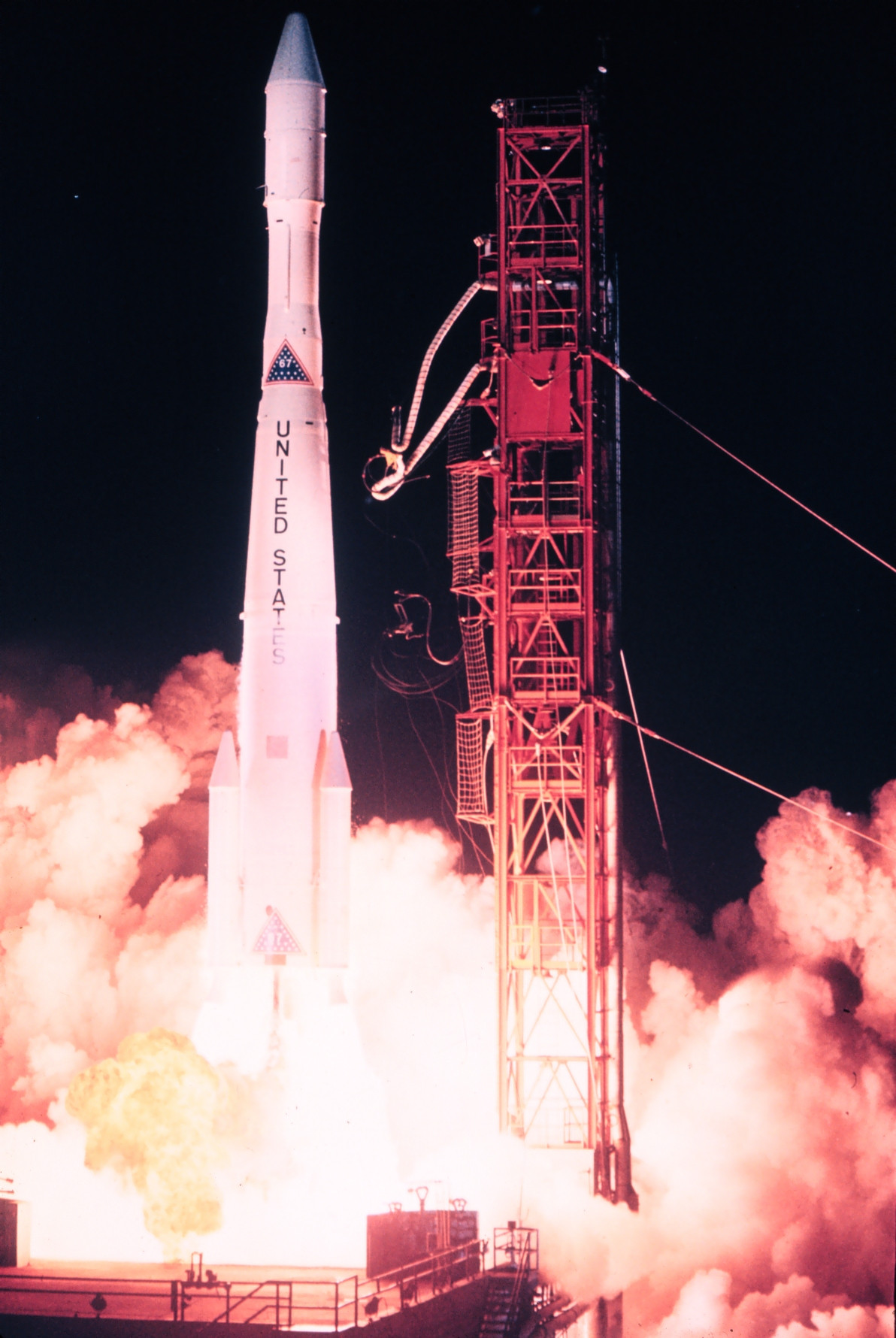 The most extreme of these being ESSA9 (1969-016A), a 145kg meteorological satellite which launched on 26 February, 1969 on a Delta E1 launch vehicle from Cape Canaveral LC-17B, with the orbital parameters of:

This inclination actually exceeds a typical polar orbit, and is technically a very weak retrograde orbit.

I don't know if how close any mission got to the limits, but most polar launches occur from Vandenberg

24
Why use a retrograde orbit?
8
Have any humans orbited the Earth in anything other than a prograde orbit?
4
Why should the roll program position the shuttle's nose to the east?
3
Relation between Orbital Inclination and launch site?

6
Possible places for a launch complex in UK and continental Europe
11
How far south can one see a rocket launch from Cape Canaveral, Florida?
2
Is there a significant difference between launching a polar orbit mission south from New Zealand versus launching it north?
3
What satellites were launched into a polar orbit from Cape Canaveral in the 1950s and 1960s?
14
What orbital inclinations will be launched into from Scotland?
7
How far is Cape Canaveral Air Force Station from Kennedy Space Center, administratively and programmatically-wise?
1
If the Earth spun clockwise, would Florida have still satisfied the requirements for the US launch center in the 1960's?
4
Launch azimuth from orbital inclination WRT rotating earth?