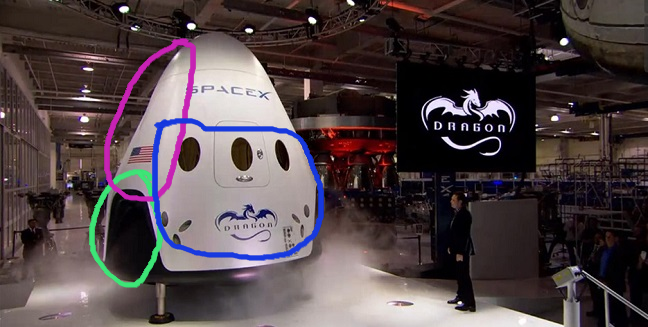 \ I I don't think anyone has the seen the actual dimensions of dragon version 2, but assuming it is what SpaceX will be using to take people to space, I think it will have issues regarding stability during descent. At-least some amount of the cross section of the spacecraft appears to be squarish (shown in pink and blue) . This is probably a unintended consequence of having descent engines to the side ( which is now redundant since they aren't doing propulsive landing). This will affect both lift features, and also gyroscopic stabilization during ballistic descent, if at all possible, will be a lot harder because it would be harder to rotate around its principal axis, since the frame is not symmetric. Is this correct? Also the frame features intended for propulsive landing, like the big channels that leads to the nozzle (circled in green) will seriously affect the overall dynamics, especially during descent, especially since they don't seem to be symmetric. 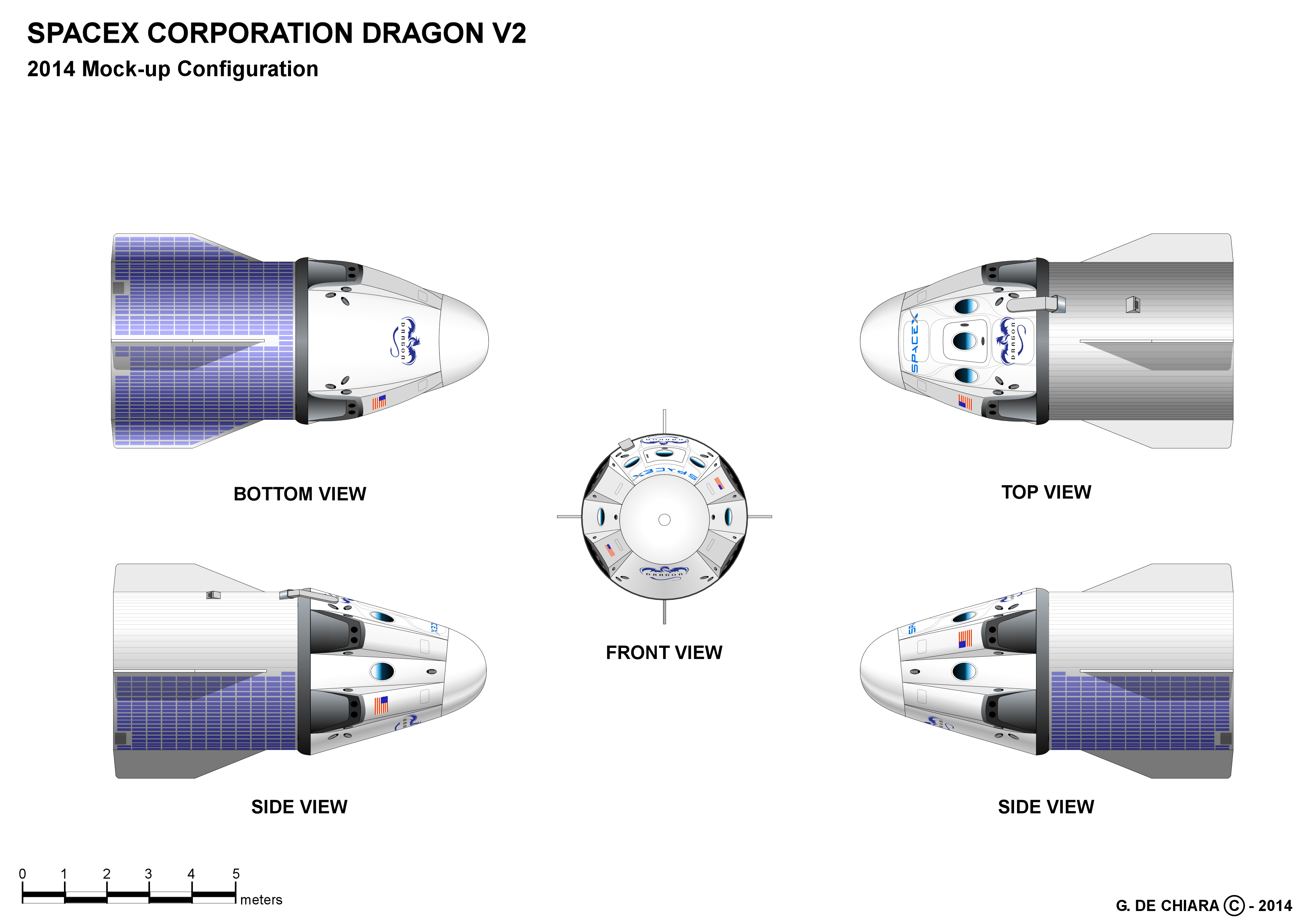 Without doing an aerodynamics analysis, I suspect it wouldn't be very difficult to spin the capsule.

The thrusters still serve a function: they are the abort system.

It seems to me that the channels leading to the thrusters would have a stabilizing effect: when the capsule goes off-axis it exposes one of the channels more to the airstream, creating more drag which pushes the capsule back, until all 4 channels have minimal exposure and the capsule is in equilibrium.

You want to avoid spinning the capsule, because it uses parachutes during the final stages of the descent. If the capsule would spin at that point, you'd tangle the parachutes.

Not the answer you're looking for? Browse other questions tagged spacex dragon dragon-v2 or ask your own question.

7
Why does SpaceX not use the Crew Dragon for CRS missions to test it?
5
What prevents the current Dragon capsule being used for crew?
14
Getting the SpaceX dragon crew rated
26
Would this chair support astronaut during launch in Crew Dragon
6
Crew Dragon SuperDraco Engine Covers
4
Dragon capsule thrust requirements
18
How would astronauts brave a 19 hour trip to ISS inside Crew Dragon capsule?
6
SpaceX Dragon 2 (Crew Dragon) Standalone Mission Duration
3
What are the main stages of a Crew Dragon descent?
4
Why Crew Dragon needs 18 hours between ISS separation and descent?