note: This question addresses the same video and phenomenon described in this answer (which I found after posting this) but here I'm asking for an analysis of the trajectories of the test masses (the astronauts) based on known ISS structure, not accelerations read from sentences in blogposts.

The NASA Johnson YouTube video Space Station Reboost: The Inside Story shows Expedition 29 Flight Engineer Satoshi Furukawa in orbit around the Earth, inside the ISS during a propulsive orbit-boosting maneuver. From the camera's perspective Furukawa appears to be accelerating away from the camera, but it's really the ISS changing velocity.

Furukawa's position changes substantially during the video, accelerating from one module to the next. 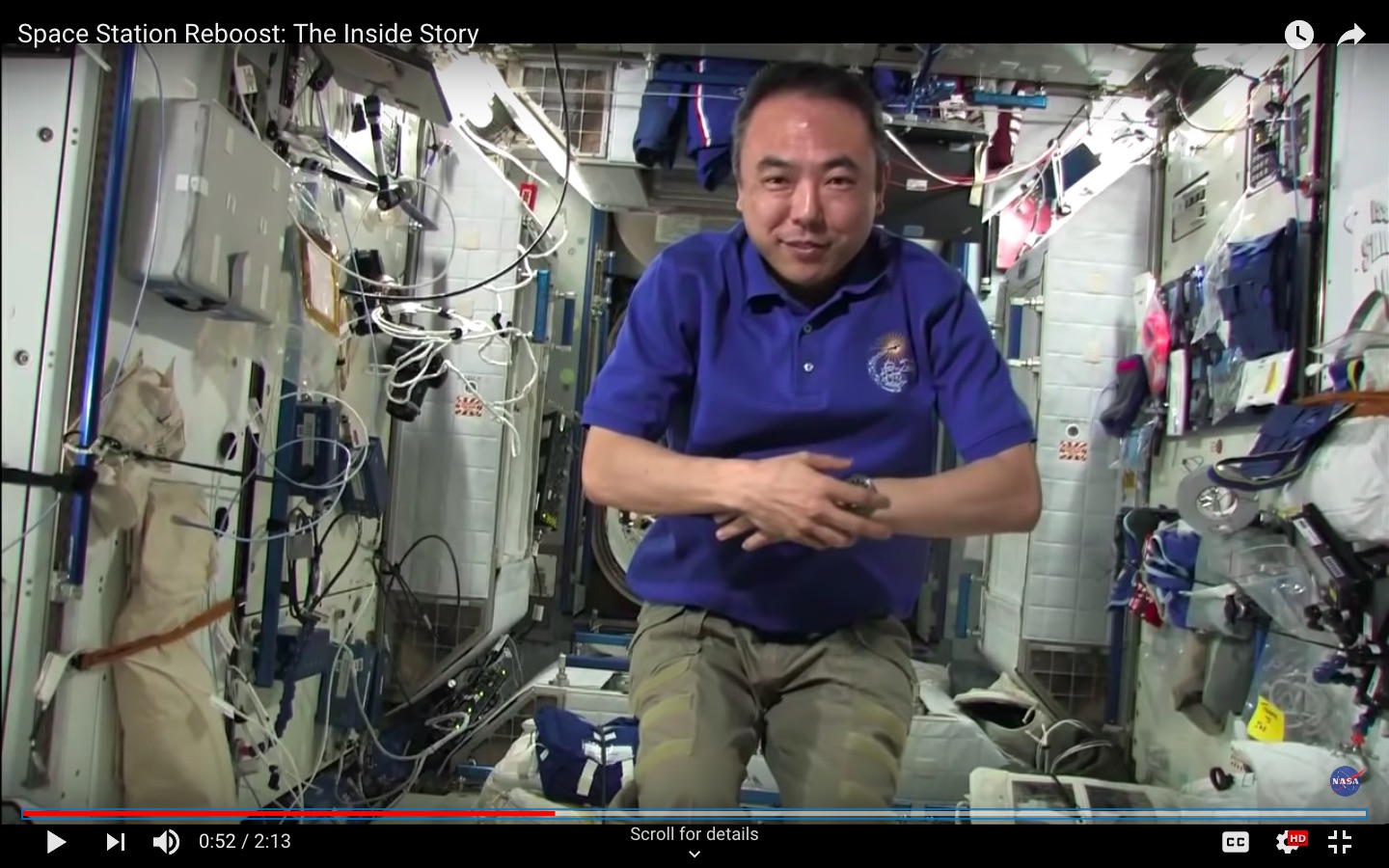 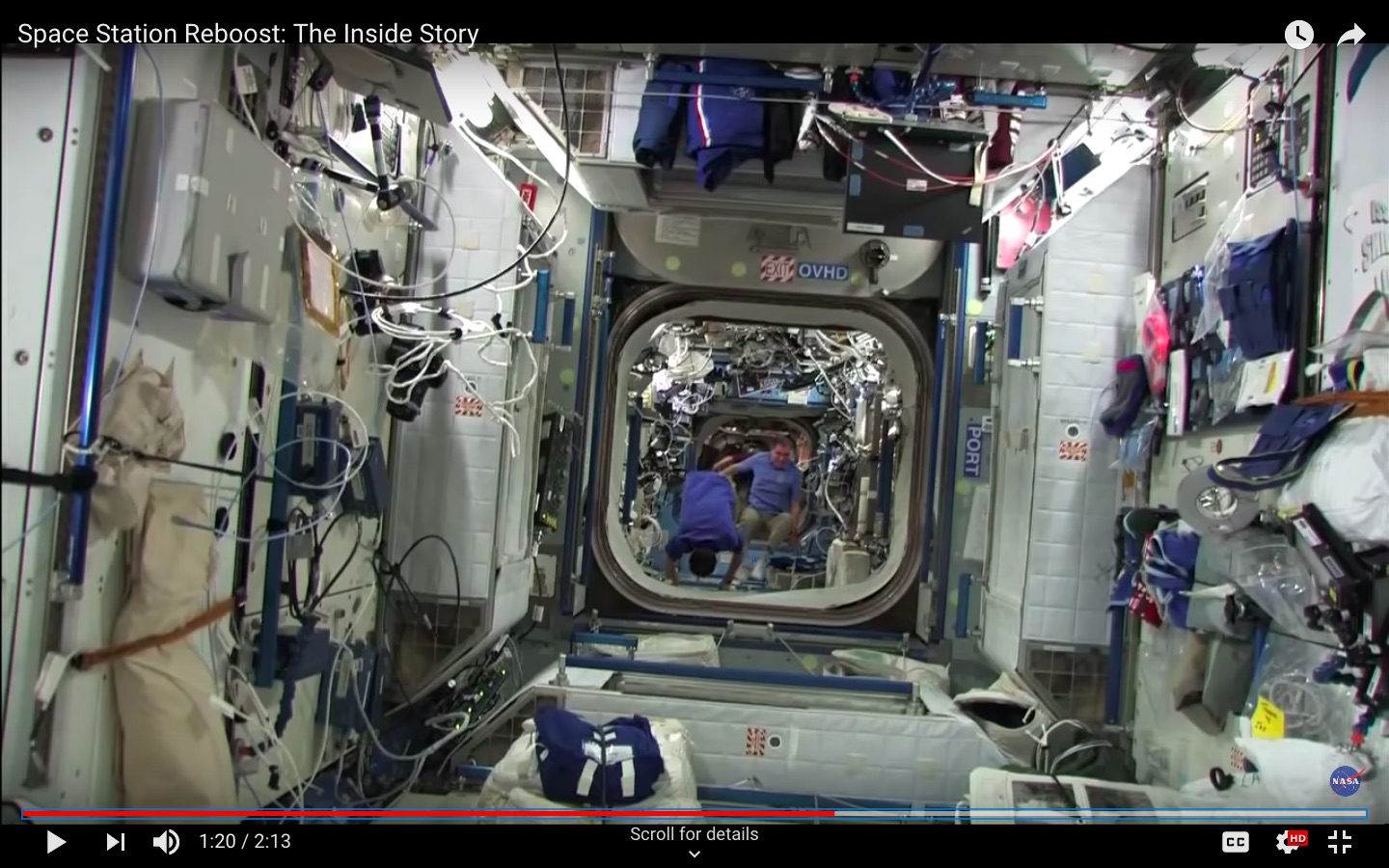 They float from Node 2 (Harmony) into the Destiny module - so towards 'aft' of the station. That means the station is propelled from the rear - either by thrusters installed in the Zvezda module or by a Progress spacecraft docked to the rear-most port of Zvezda. (obviously the thrusters are directed 'away' from the station not to spray it with hydrazine, so aft thrusters propel it 'bow forward').

Using proportions on some images with dimensions of ISS I estimated the distance (e.g. this ) - starting at the edge of entrances into Columbus and Kibo from Harmony, to about middle of Destiny (it's hard to spot where exactly Furukawa stops but about mid-way should be correct considering both the time of him floating through the module and the astronaut behind him going from Node 1) - 7 meters. (566px = 357ft = 108.81m ; 37px = ~7m)

It seems my distance estimate matches that of Rhett Allain who used angular size of the astronauts although I can't get where in the world he got the time from...

Not the answer you're looking for? Browse other questions tagged iss orbital-maneuver microgravity identify-this-object reboost or ask your own question.

41
When the ISS accelerates, do the astronauts feel it?
11
What is the orbital boost acceleration of the ISS?
8
What do ISS astronauts do while the ISS gets reboosted?
1
Forces experienced during transfer orbit
3
Do standard procedures for securing the ISS before an orbital boost burn include making sure that at least large objects are securely "strapped down"?
3
Do space stations have standardized officer designations for crew?

4
Was this large pieces of "space junk" just released from the ISS in the "nadir and retrograde" direction?
2
What is the likely plan to deorbit the ISS given its size and shape?
1
How are airborne particulates monitored on the ISS? Are they distinguished at all by size and/or type?
3
Do standard procedures for securing the ISS before an orbital boost burn include making sure that at least large objects are securely "strapped down"?