Are heat shields just as necessary on launch as re-entry?

I always hear about heat shields in the context of spacecraft re-entry to the atmosphere. However, in order to reach escape velocity, aren't the same speeds and atmospheric resistances at play during launch? I presume that it is, and further that it is on part of the rocket that is shed and separate from the payload or capsule.

Can you explain how heat shielding is generally associated with re-entry and not launch, at least for the general lay-public?

(The current news of China's new capsule returning to Earth prompted the thought.)

No, heat shields are not as necessary on launch, at least not the same type as used in re-entry, which is what most people think of when the term "heat shield" is used in space. A re-entry heat-shield is only one type of Thermal Protection System (TPS), which is the more technical term for heat shield. There are heat shields in your non-electric car to protect sensitive parts from the heat of the exhaust system, for example.

When a rocket is launched it spends the first minute or two going almost straight up out of the atmosphere, and once clear of much of the atmosphere it pitches over and starts to accelerate to orbital velocity. A workable speed/altitude profile shows about 600m/s at 20km altitude, which is about 1400mph at 65000ft. This isn't trivial, but it doesn't last for long as the rocket is climbing into thinning atmosphere, so while some thermal protection is required it isn't nearly as much as re-entry. The thermal protection is built into the fairing which protects a satellite, or into the payload itself, for instance a capsule.

On the other hand re-entry speeds for spacecraft are in the range of 7-11km/s, which is roughly between 18,000 - 25000mph, and lasts for several minutes. Spacecraft need a much more capable thermal protection system if they are to survive re-entry.

So, on launch a spacecraft starts at zero speed and climbs out of the atmosphere before it gets going really quickly, on re-entry it hits the atmosphere at full orbital velocity.

Heat shields are only good for braking, not for acceleration.

Remember that the key to being in orbit isn't to be high up but to go sideways really fast. Launching a spacecraft means accelerating it all the way to orbital speed. Conversely, reentering and landing means shedding all that speed again.

It's fairly obvious that you need some means of propulsion to gain orbital speed. Of course you could also use propulsion to decelerate and land as well, but due to the way the rocket equation works, carrying all the fuel is extremely expensive.

But if you're landing on a planet with an atmosphere, there's a great alternative to propulsive landings. You can just let the atmosphere do all the work for you for free. Of course, all that kinetic energy needs to go somewhere, so it gets turned to heat. (As the second law of thermodynamics says, it's trivial to convert any kind of energy into heat, but hard to convert heat into anything else.)

So the reason you need a heatshield for reentry is that you chose to generate a lot of heat and need to shield the spacecraft from it. On launch, rockets fly the pointy end first, minimizing drag and heating, while on entry, they fly the other way around to make the atmospheric braking efficient. If you just reentered pointy end first, you'd shoot right through without much heating and then crash into the surface.

That said, drag and heating during launch is still an important concern, which is why streamlined fairings are used to protect the payloads from the airflow and heat.

Actually, they are necessary, but in many cases the thermal protection needed for re-entry is enough for the heating caused by launch. However, it specifically was an issue in the design of the Apollo thermal protection system, which is described in Apollo Experience Report: Thermal Protection System.

Between April 1962 and the end of 1962, improvements in the material used for the heat shield reduced its density by 47%. However, the actual reduction in the heat shield weight was only 20%, because they forgot to consider the thermal protection needed during launch:

This represented a density reduction of 47 percent, but the corresponding reduction in predicted system weight was only 20 percent. The low rate of system weight reduction was caused by the inclusion of additional requirements (primarily the boost heating environment) which had been overlooked during the initial design phase.

Originally, the Block I TPS included approximately 0.12 inch of additional ablator thickness to allow for the charring that would occur during vehicle exit flight. In October 1963, the Apollo Program Manager agreed to a design change that incorporated a boost protective cover over the conical portion of the CM (fig. 5). The boost protective cover was attached to the launch escape tower and was jettisoned with the launch escape tower.

This allowed a reduction of the forward heat shield thickness, significantly reducing the overall weight:

The Block II design, which resulted from these changes, showed a decrease in TPS weight of approximately 200 pounds (fig. 11). This was achieved by (1) the elimination of the effects of boost heating environment by the introduction of a boost protective cover that was jettisoned with the launch escape tower (fig. 5), 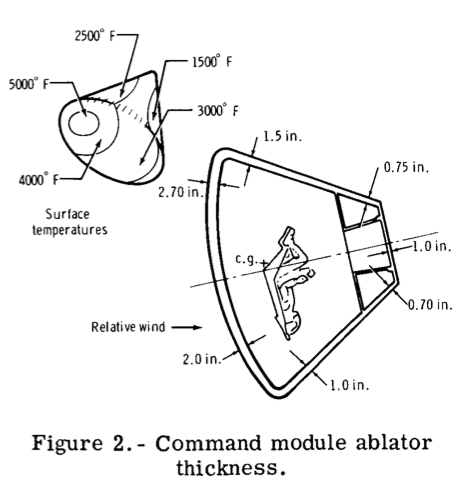 Some heat shielding is definitely necessary.

4.3.8 PAYLOAD TEMPERATURE EXPOSURE DURING FLIGHT The SpaceX payload fairing is a composite structure consisting of a 2.5 cm (1 in.) thick aluminum honeycomb core surrounded by carbon fiber face sheet plies. The emissivity of the payload fairing is approximately 0.9. The fairing thermal insulation, which is attached to the outside of the fairing composite, is sized such that the composite never exceeds the ‘Bounding Fairing Composite Temperature’ profile shown [below] 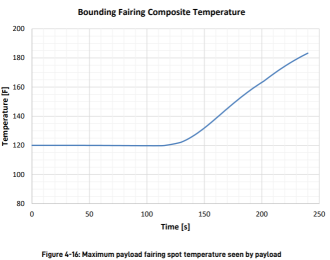 4.3.9 FREE MOLECULAR HEATING The payload fairing will nominally be deployed when free molecular aero-thermal heating is less than 1,135 W/m2.

So the inside of the well-insulated faring gets to 180 F / 93 C. The outside must be quite hot. And when it's jettisoned the heating is still like full sunshine on your skin, just from the 100+ km thin air impacting the payload at >2000 m/s. It must have been much hotter down at 20 km.

By contrast, re-entry trajectories are designed to maximize the amount of energy lost to air friction. All of the kinetic energy in a craft is going to be removed somehow before the craft comes to rest. One could design a re-entry trajectory to minimize air friction losses before reaching the surface of the planet, but that would mean that any energy that wasn't dissipated using retrorockets would be dissipated by a collision with the surface. Heat shields aren't free, but since much of the dissipated energy will be left behind in the spacecraft's wake, they can dissipate much more energy per kilogram of mass than any other practical alternative.

You are slower in the thicker parts of the atmosphere during launch, so no.

Maybe someone can have more specific details and numbers regarding this, but my space-enthusiast-common-sense tells me this. I'm not sure about speeds of launch and re-entry, but surely the air resistance and presure to the vechile is much lower during the launch. If we take example of Space Shuttle, it would easily desolve during re-entry if it would be positioned anywhere similar to the launch position. Also, astronauts see plasma through the windows during re-entry and nothing similar happens during launch.

Not the answer you're looking for? Browse other questions tagged heat-shield or ask your own question.

9
How does the dynamic pressure evolve during reentry?
9
SpaceX Falcon-9 fairing heating during launch?
3
Why don't the hottest temperatures of a re-entering spacecraft occur near the "bottom"?

3
Are there any techniques of heat shielding an irregularly shaped object?
14
Re-entry Heat Shield Alternative
8
What are the major challenges faced in designing a reusable heat shield?
12
Where are the Apollo forward heat shields currently located?
27
Why aren't RCS openings an issue for spacecraft heat shields?
11
Why do you need a heat shield on Mars entry if the atmosphere is so thin?
3
Mercury reentry heat shields; material composition, manufacturing process and explanation of all those concentric ridges?