What is the maximum allowed occupancy of the ISS?

With the recent Crew-2 docking while Crew-1 was still docked, there were

That totals eleven. There have been as many as 13 aboard at once (although the Space Shuttle had the benefit of being able to house all its crew while docked) 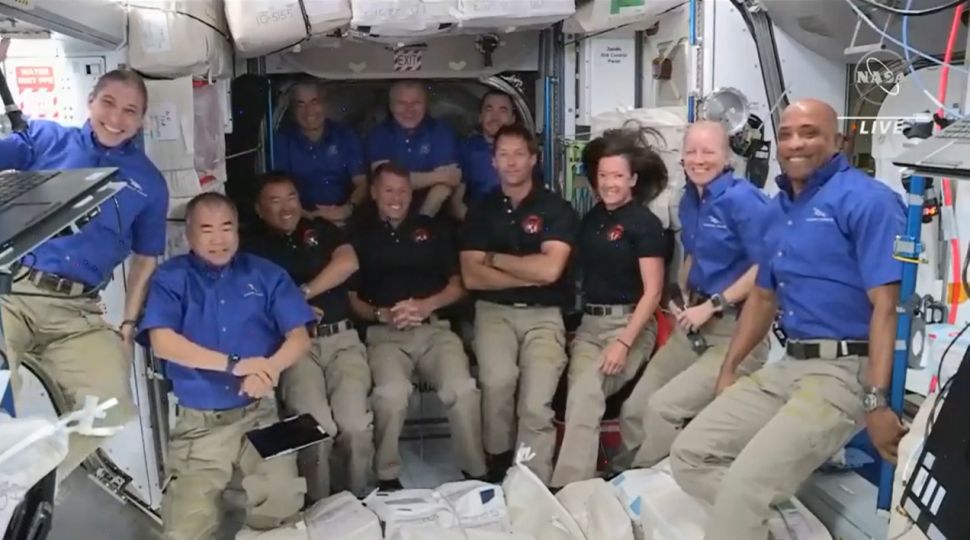 What is the maximum occupancy, or has one even been set?

iss crewed-spaceflight
Share
Improve this question
asked May 4, 2021 at 1:14

tl;dr Plans existed for medium-term occupancy by a crew of 13 which would bump up to 17 briefly.

The highest planned occupancy I know of would have resulted from a Contingency Shuttle Crew Support (CSCS) case. This was possible for shuttle flights to the ISS (after the STS-107 failure) when the Orbiter's heat shield started being inspected on-orbit. If potentially fatal and irreparable damage was discovered to the heat shield, the 7 person crew would have to stay in the ISS until a rescue shuttle could get there (weeks to months). So that would be 3 US ISS crew + 3 Russian ISS crew + 7 shuttle crew.

When the rescue shuttle arrived, add in the 4 crew from that for 17 during the docked duration.

For all practical purposes the "maximum occupancy" of the complex formed by the station and whatever craft are docked to it is the number of seats available for deorbiting people in case ISS must be abandoned. Not all of them would be in the ISS proper at the same time, except for the traditional group photo op.

Obviously in an emergency (e.g. damaged/unusable return craft), the question of "maxmimum allowed occupancy" becomes meaningless; we're not going to throw people out the airlock.

Not the answer you're looking for? Browse other questions tagged iss crewed-spaceflight or ask your own question.

27
How many times has there been 13 people inside the ISS and is it hard on the station?

10
If NASA's plan is to launch 4 astronauts to the ISS on CCtCAP vehicles, why design for 7?
22
Does the ISS team plan cargo flights when at half crew on purpose?
6
How does delaying Soyuz TMA-15M crew return help with ISS schedule slip due to failed Progress M-27M resupply vehicle?
3
Why will Soyuz MS-04 bring only two crew to the ISS?
27
How many times has there been 13 people inside the ISS and is it hard on the station?
6
Where did Soyuz and Progress dock with Mir?
32
Has the ISS ever not had a lifeboat?
3
Where is the hole now? (ISS/Soyuz spacecraft hole)
6
Did the people aboard SpaceX Dragon Crew-1 flight pilot the Dragon or were they just passengers?