Are there specifications for Crewed mission spacecrafts in terms of interior and exterior paint colours? I.e. Only specific paint colours are required internally and externally.

Can these paint colours be changed as part of maintenance and renovation methods with time period?

Yes, there's a spec for that. ;-) There are specs for everything!

I was never directly involved with manned space mission flight deck equipment but I've "painted" flight decks for Boeing, Bombardier, Airbus, Embraer, Cessna. I did the mechanical engineering of control panels for aircraft which involved defining to vendors the finishes on the equipment in accordance with the customer specifications. Various customers have craft specific color schemes, level of gloss, degree of surface durability and materials safety. A great deal of human factors engineering goes into finishes and colors. Everything is tightly controlled and specified.

Are there specifications for Crewed mission spacecrafts in terms of interior and exterior paint colours?

Yes, as in the other answer, space bound equipment is a tightly controlled project with thousands of specifications for each and every aspect.

I also encountered literal 'bibles' when it came to aeronautical visual/aesthetic aspects and the space industry is no different.

For the Soviet, and then the Russian, space program, again there were specifications for everything. But when it came to interiors, for a little while they had a female architect that created some of the aesthetic aspects inside the crewed spacecraft Soyuz, and space stations Salyut and Mir, whilst also working on their space shuttle Buran:

The Soviet Architect Who Drafted the Space Race

forgotten architect of the Soviet space programme, the woman who designed the inside of space capsules. 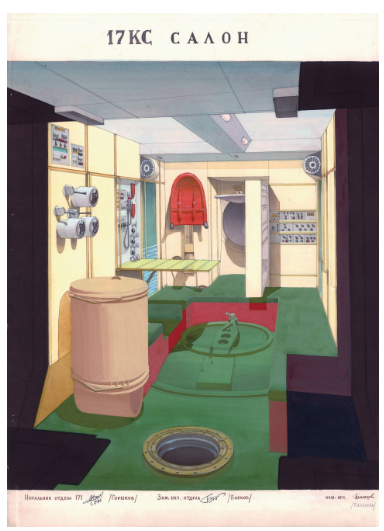 Above: Interior design, with color specifications for the Mir space station, 1980.

“As a human, you are always looking for orientation in space. You need a top, bottom and wall.” Balashova’s solution? “She colour-coded – green floor, blue-grey ceiling, walls in a light yellow” 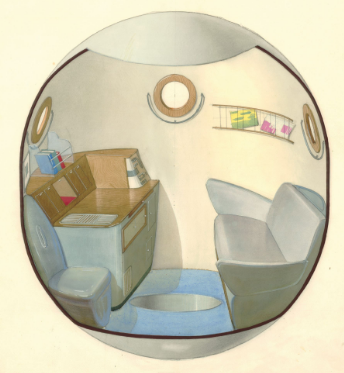 Above: Soyuz interior color concept in 1963. 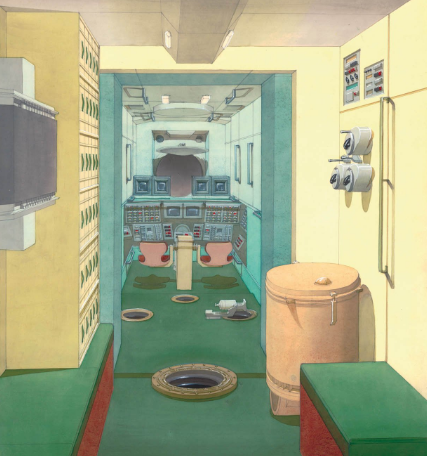 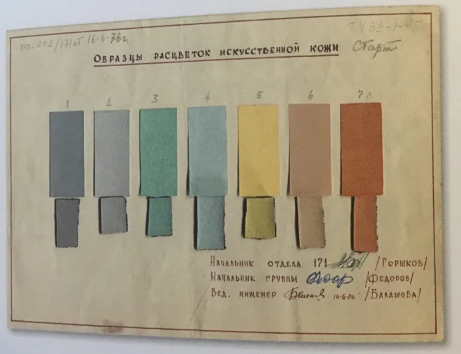 (Interestingly, she also produced watercolor paintings for each space station to 'hang' in the cabins, to make it more like a living room)

Externally, the Soviets had a little variation too, with two of their space stations:

Salyut 7 at left and Salyut 6. Reason being was that for a few months both stations were in orbit at the same time, so they needed to color-differentiate between them (During initial construction, Salyut 7 was color-coded the same as 6, being its backup as was standard during the Soviet space program).

Can these paint colours be changed as part of maintenance and renovation methods with time period?

No. As others have said, it is impractical.

If the paint color of something were to change it would be because that piece of equipment, etc, was changed or replaced.

Not the answer you're looking for? Browse other questions tagged iss crewed-spaceflight design or ask your own question.

22
How are hair and beard lengths maintained in space?
8
Sources for make-up breathable oxygen on Mars; of H₂O, CO₂ and ClO₄⁻, which is likely to be used first?
13
What colors were used in the Apollo Lunar Module interior, and why?
4
How exactly is the balance of minerals handled on ISS with the use of reclaimed (demineralised) water for human consumption?
35
What led NASA et al. to decide the ISS should be a zero-g station when the massive negative health and quality of life impacts of zero-g were known?
5
Could amateur radio operators or others contact the ISS against NASA's wishes?
6
Why does the Buzz Aldrin Mars Cycler not play a larger role in planning for Mars exploration?