When dealing with launch vehicles (specifically heavy lifters), there have been a number of different mindsets in terms of engines. The Saturn V used some absolutely massive engines, which was great for reducing TWR, but the combustion stability was extremely problematic for alot of the F1's design and lead to a substantially lower ISP. Alternatively the engines like the RD170/RD180 were just as (if not more) powerful, had a higher ISP, and used a "shared" combustion chamber method to stabilize the combustion when producing this much force, with the tradeoff being a slightly lower TWR. Alternatively, rockets like the falcon and starship just use a ton of individual, completely separate engines that have very little effect on one another. While I know these engines are very different and thus hard to compare, after ~80 years of designing launch vehicles, are any of these potential configurations objectively "best", or are they all just situational? (again specifically for heavy launch vehicles where large thrust is required)

I think the answer lies in analysis of failure, rather than optimum performance. Individual engine failures can produce a spectrum of knock-on events from simple single engine shut-down through thrust instabilities to fires and multi-engine catastrophes.

The Soviet N1 rocket illustrates the extreme of the multi-engine design philosophy. 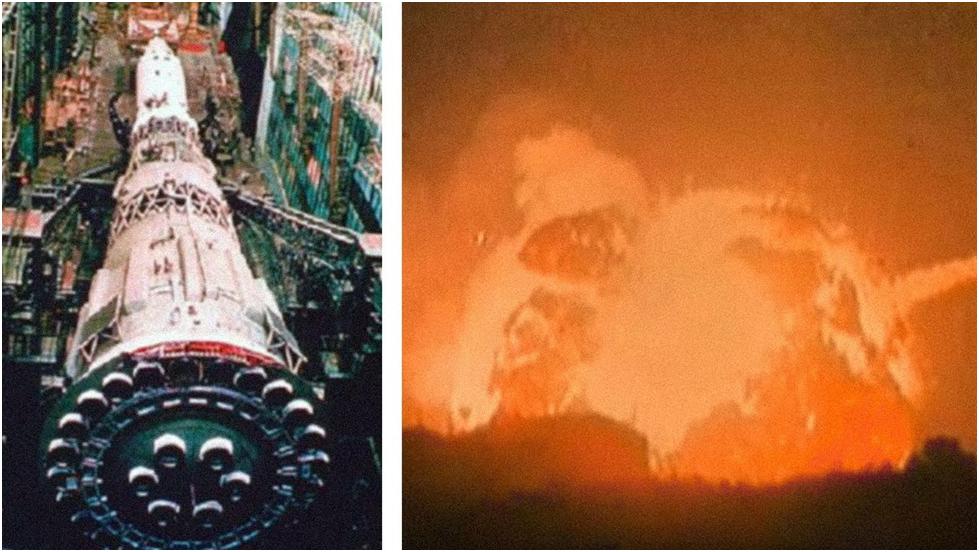 Failure of a single engine can potentially domino into mission failure as it did in 3 of the 4 N1 launches. The modes of failure were unforeseen for those launch failures. Unforeseen modes of failure means risk cannot be anticipated

This is a seldom mentioned issue for the crowded thrust dome of SpaceX’s booster. Look at all that plumbing. Elon hates flange joints for a reason. Every connection comes with a risk. The adjacent engine may be the casualty. Or, potentially, the entire mission. 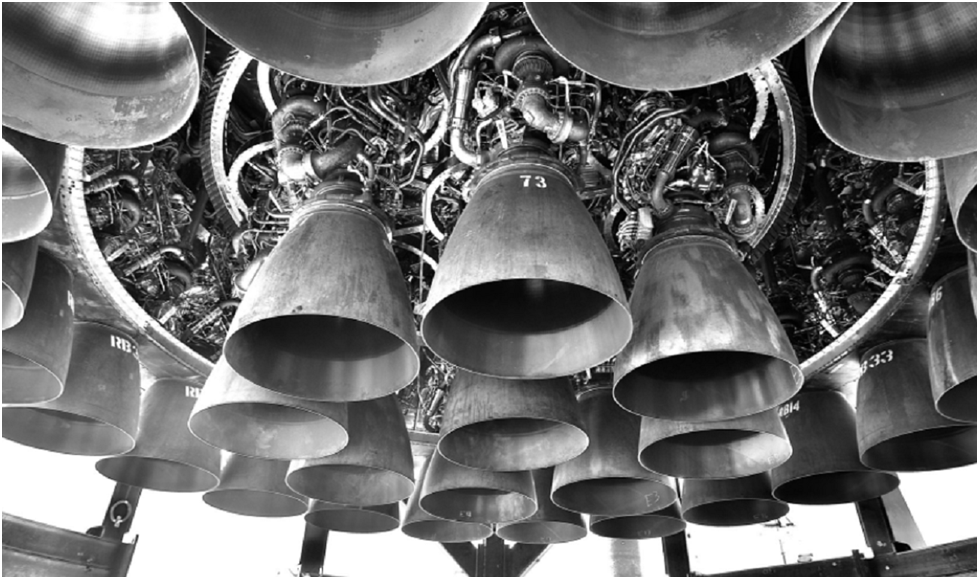 The Saturn V design seemed to find the Goldilocks compromise. It could have safely completed its mission with one engine shut down, but this did not happen in any of the 13 Saturn V launches.

Development and testing of smaller engines is faster and cheaper, but locks into the risks of massively multiple engines.

Not the answer you're looking for? Browse other questions tagged launch rockets engines engine-design launch-vehicle or ask your own question.

13
Which currently operational orbital launch vehicle achieves highest system-specific impulse?
5
Are cold gas thrusters viable for model rockets?
4
Is it possible to estimate the nozzle characteristics of the Rocketdyne HG3 engine?
1
Has the use of any commercial launch vehicle's engines on an unrelated vehicle ever been seriously considered?
22
Why was the engine of the launch vehicle recently tested in Iran "not a very good missile engine"?
15
Why do we need dedicated launch vehicles for small satellites?
5
Why were later Russian engines inferior to the NK-33?
3
Find the jump condition of the mass costate of a Launch Vehicle ascent problem solved via an indirect method (Pontryagin Minimum Principle)
3
Why is hydrogen better than helium as remass?