Is it possible to map the caves of Phobos?

Having read that Phobos at 27 km long is around 30% porous, I am going to assume that there are a number of voids large enough for human entrance. If it turned out there was a void large enough and close enough to the surface somewhere on Phobos, it could be turned into a cheap but spacious habitat during a Mars exploration.

How could a probe detect and map voids? Are there techniques for this? Ground-penetrating radar?

Radar, either GPR (Ground-Penetrating Radar) or SIR (Subsurface Interface Radar) would seem the obvious solution. However, the shortcomings of those techniques (as pointed out in @FraserOfSmeg's answer) may mean that they are of limited use for finding deeper caves. A technique similar to CONSERT might be the solution. However, at the moment CONSERT doesn't have good enough resolution to accurately map caves, just give a good indication of where to look.

For really deep mapping of voids we might turn to seismic or sonic based techniques such as seismic tomography, reflection seismology, or direct sonic mapping. Several small “Philea-class” probes could be landed to listen to Phobos. They could either listen for natural seismic activity, or an orbiter could bombard Phobos with impactors, rather like Deep Impact.

There's a good article on void detection and mapping by a company called EnviroScan that outlines most of the techniques used on Earth:

Large volume voids such as significant washouts, mine workings, tunnels, and karst-related cavities are excellent targets for microgravity surveys. The “missing” mass of the void creates a measurable disturbance in the earth’s gravitational field, with the magnitude of the disturbance directly proportional to the volume of the void. This relationship has allowed Enviroscan to use microgravity surveys to assist engineers in the effective design and accurate cost estimation of grouting programs. Other examples of Enviroscan’s application of microgravity are mapping of undocumented mine workings, location of abandoned or clandestine tunnels, and delineation of areas of unsupported floor slab. Dramatic Microgravity Anomaly Over a Cave System Beneath a Factory Since gravity surveys are immune to many common sources of electronic or acoustic noise that can impede many geophysical techniques, they are particularly suited to highly developed or industrial sites. 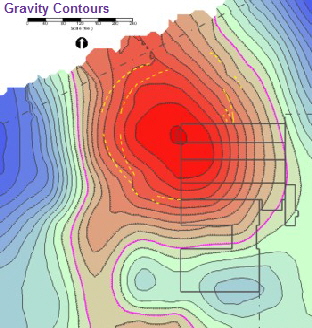 Where boreholes are available, Enviroscan can perform crosshole seismic or electrical tomography. Beneath water, sub-bottom sonar, as well as gravity and sometimes radar can be used to detect voids such as tunnels or bridge pier scour features.

Would the benefits of a pre-existing cave make it worthwhile to convert it into a habitat, or is that just more work than building something on the surface?

Much harder to answer. But we can speculate on a few points;

The seismic instability, depending on severity, could render the direct conversion of a cave impossible, but that doesn't mean the cave couldn't still be useful. NORAD is constructed on giant springs to survive the shock of a nuclear explosion, and a similar technique could be applied to a habitat in a Phobian cave to help it survive Phobos' quakes. 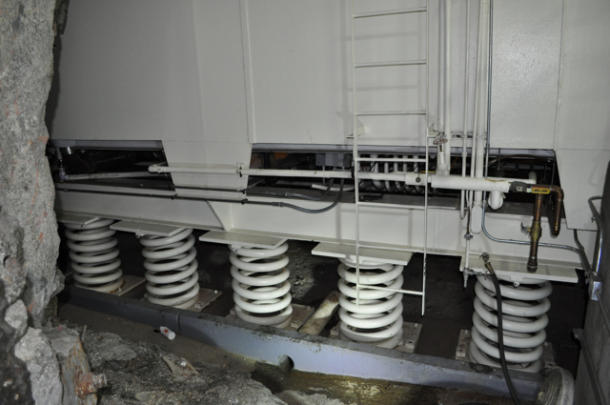 This would help reduce the risk of seismic activity rupturing the habitat, but unless the seismic nature of Phobos becomes very well understood it would probably still be considered too dangerous.

If seismic activity isn't an issue the advantages to converting a cave are the same as anywhere else; cheap habitable space and protection from radiation. Depending on how deep the cave is it could provide ample shielding from solar radiation.

I'll go with a longshot here, please bear in mind this is pure speculation and conjecture.

As @HopDavid said, probably 3D wall mappers could be a good choice, so I'd say a swarm of autonomous probes using some technology like Google's Project Tango could prove useful for doing this. Supposing they have been appropriately fitted, rugged, and protected from radiation.

-Edit: Funny I just came across this Google Tango and NASA collaboration on Spheres w/Tango:

Big voids on Earth can be detected non-intrusively by micro-gravity surveying equipment, although I am not sure if this technique could be "fine-tuned" to work with Phobos' gravity.

I'm going to attempt an answer here; some of this is conjecture!

How could a probe detect and map voids? Are there techniques for this? Ground-penetrating radar?

From what I've read on ground-penetrating radar it's unlikely to be a great help. The depth of GPR is dependent on a lot of factors, but according to Wikipedia the chances of getting to more than 15 meters or so are slim, if the material is dry. However, since we're looking for potentially large openings, we don't really care too much about having a great resolution, so if we were to use an ultra low frequency we might have a chance.

An idea that struck me when thinking of this answer was the application of a 'swarm' of small orbiters. They could transmit signals into Phobos, and if that signal happens upon a a pore at the right interface angle, then the signal will be reflected! If you have enough of satellites in your swam, you could pick up this reflected signal and get the depth of the pore based on travel time of the signal. For reference:

So you can see if the angle theta is greater than the critical angle then we could receive reflected signal.

Would the benefits of a pre-existing cave make it worthwhile to convert it into a habitat, or is that just more work than building something on the surface?

This question depends on a lot of other factors. To name a few:

There's a lot that can be said about building under the surface of a moon. But personally I'd prefer we avoid digging up too much on Phobos. :)

Not the answer you're looking for? Browse other questions tagged mars habitat caves phobos or ask your own question.

28
Moon Caves spotted?
4
How thick is the dust layer on Phobos?
5
If we were to land on Phobos, what could we gain?
5
How Safe Is Phobos in Terms of Radiation Exposure?
3
How big is Mars as seen from Phobos?
3
How large could manmade, domeshaped caves inside the ice dome in Korolev crater on Mars become without the danger of collapsing?
4
What would be the trajectory and initial speed of a chunk launched from Phobos to get as close as possible to any pole of Mars?