What are the actual economics for the ULA reusability plan?

From this article, I gather that ULA is trying to build reusability into their next generation of launch vehicles. Their plan is summed up nicely in the picture: 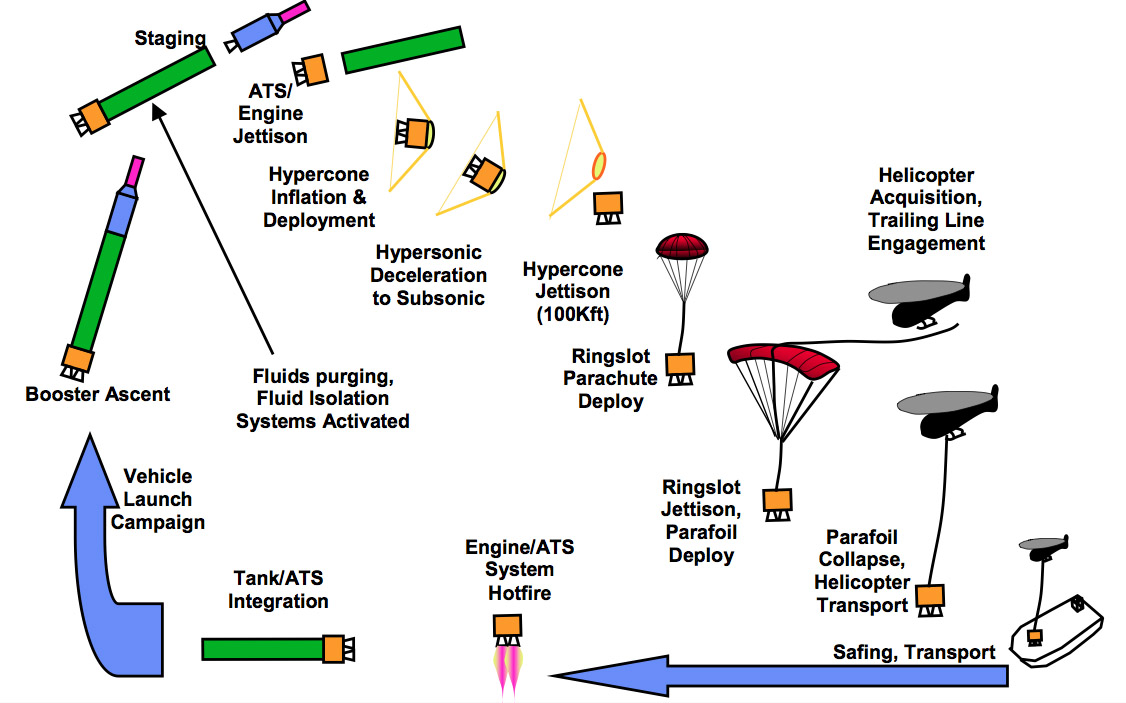 In the article, they seem to do some really weird math:

“This will take up to 90 percent of the propulsion cost out of the booster. And this is just the beginning.”

The engines represent a quarter of the first stage’s overall weight and 65 percent of the booster cost, according to ULA.

My question is: What would a realistic estimate be of the cost savings involved?

I might give some answer to your five bullet points, although I don't have a number for the estimate cost (I doubt anyone has):

1) Cost of recovery: It should if anything be lower by capturing the engines in midair than having to soft land them on their own. Replacing the autonomous landing system and its fuel of the F9R with an ordinary helicopter sounds potentially very economical! (65% and 90% must be a misunderstanding somewhere).

2) Additional weight: It might turn out that SPX too will have to reuse only the engines of the F9R, but going through alot more trouble to do so than the new ULA idea, we'll see. The chopper is supposed to replace alot of the complexity and mass of the SPX concept for F9R and Dragon 2.

3) Reusability frequency: Soon no one will want to launch the same gadget more than 10 times because the vehicle will be ancient by then. And anyway 1 reuse gives 50% maximum potential production cost reduction (+50%!), 2 reuses gives 66% (max pot) cost reduction (+16%), 3 reuses gives 75% reduction (+9%), 4 reuses gives 80% reduction (+5%) and then no one cares anymore, almost all potential has already been won anyway. Going from a ninth to a tenth reuse only lowers costs per launch by 1%. Not counting refurbishment costs which likely increase by every reuse per rocket.

4) Refurbishment costs: Less than for anyone else, thanks to the unpowered descent and soft parachute midair capture. ULA Vulcan engines will be as good as any used rocket engine could be. Heat shields are not needed when reusing the first stage.

5) "Failure"? No, that is not an option anymore! Computer power, sensors, costs, materials, mass, batteries, ease of use and more have already gotten to where some PhD students prove that total precision air capture is trivial today.

The ULA is today not in the position where they could hope to confront SPX frontally by trying to copy their concept. But by diversifying into some other mode of reusability, they might succeed if the concept of SPX fails. You might have heard of "asymmetric strategy".

Not the answer you're looking for? Browse other questions tagged reuse economics booster ula vulcan or ask your own question.

8
What is the maximum mass for a reentry capsule that can be recovered in the air?

9
What was SpaceX's original vision for booster reusability?
4
What survives the actual launch of a rocket
8
What is the point of ULA's IVF? (Integrated Vehicle Fluids)
22
How does SpaceX plan to achieve reusability of the Falcon 9 *second* stage?
5
What does the US Govt get out of its Assured Access funding of ULA?
6
What are the economics of upgrading versus refueling satellites?
16
Are any "strap-on" boosters held in place by actual straps?
5
Does a published account of the economics of Russian debris shipbreaking exist?
3
What is the difference between the Vulcan 562 configuration and the Vulcan 5H2 ("Heavy") configuration?