commercial launches - what is the growth rate of commercial space flight?

I've been trying to get a growth rate for commercial space flight, as it may be amenable to something like Moore's law. Wheras government funded things are prone to politics so can't really be rellied upon. Having such a number will make it possible to have more realistic timelines for things like colonizing moon/mars, mining asteroids etc.

There was a previous post about general statistics for space launches, which included both government and commercial launches: What is the success/failure ratio of space bound rockets?

It is obvious from the chart that the "space wars" drama from the 60's to 80's artificially inflated the amount of orbital launches.

The only other metric I was able to get is "space vehicle and missle manufacturing" which is also heavily interlaced with government funded military operations: http://www.ibisworld.com/industry/default.aspx?indid=843

So I'm wondering if anyone knows or can come up with statistics for just the commercial space industry, unmanned such as satellites has been ongoing for a while. Though manned (commercial) space flight is relatively recent, I think the first was when someone paid multiple millions of dollars to visit the ISS, and more recently the Virgin Galactic. SpaceX while a great innovator, many of their launches are still government contracts, so not all of their launches can be attributed to purely commercial purposes.

Also correct me if I'm wrong, but I think the first "commercial" or non-government funded space-probe is light-sail ( http://sail.planetary.org ), which has yet to launch. The closest other thing I know to a "space-probe" is space burial, Celestis offers sending cremated remains to the moon and deep space. 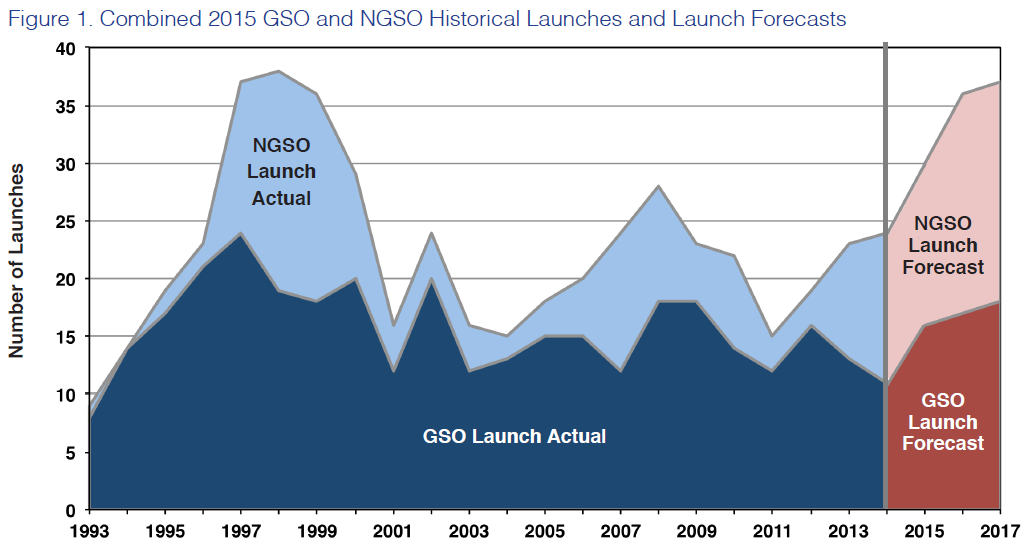 I haven't been able to find the raw data set used for this chart yet, but it should give you an idea.

Not the answer you're looking for? Browse other questions tagged launch artificial-satellite probe commercial statistics or ask your own question.

16
What is the success/failure ratio of space bound rockets?