If Curiosity had lights, could it drive or work in the evening?

If the Mars rover Curiosity had been equipped with lights, would it be able to drive or do other work in the evening? This could be some combination of LED headlights, wheel-lights, and/or a spotlight on the movable robotic arm,

Since the chances of a deer crossing in front of the rover are pretty remote, and in general the rocks stay put (although there are notable exceptions! see below) they'd only have to flash maybe once per second or even less most of the time. Most efficient LED lights are pulse width modulated anyway, and LED flash units for cameras exist, so this would not necessarily represent a large power drain.

There are two sources of heat already available on board Curiosity to potentially keep things within operational temperatures - the circulating fluids warmed indirectly by thermal infrared radiation from the MMRTG, and electrical heaters powered by the MMRTG electrical output directly. And of course the presence of the MMRTG means that Curiosity (unlike previous Mars rover designs) does not rely on daylight for electrical power. Although I don't know if these are sufficient to enable evening operations. I'm thinking there is residual warmth in the spacecraft and Martian surface in the evening (as opposed to the morning)

I'm not suggesting that this is a good idea for the Curiosity mission, this would add complexity, weight, and risk with marginal benefits. However it seems to me this could be done, though there may be factors I haven't considered. There will be future rover missions on Mars and other bodies, so I am asking about a Curiosity-with-lights as a reference point. 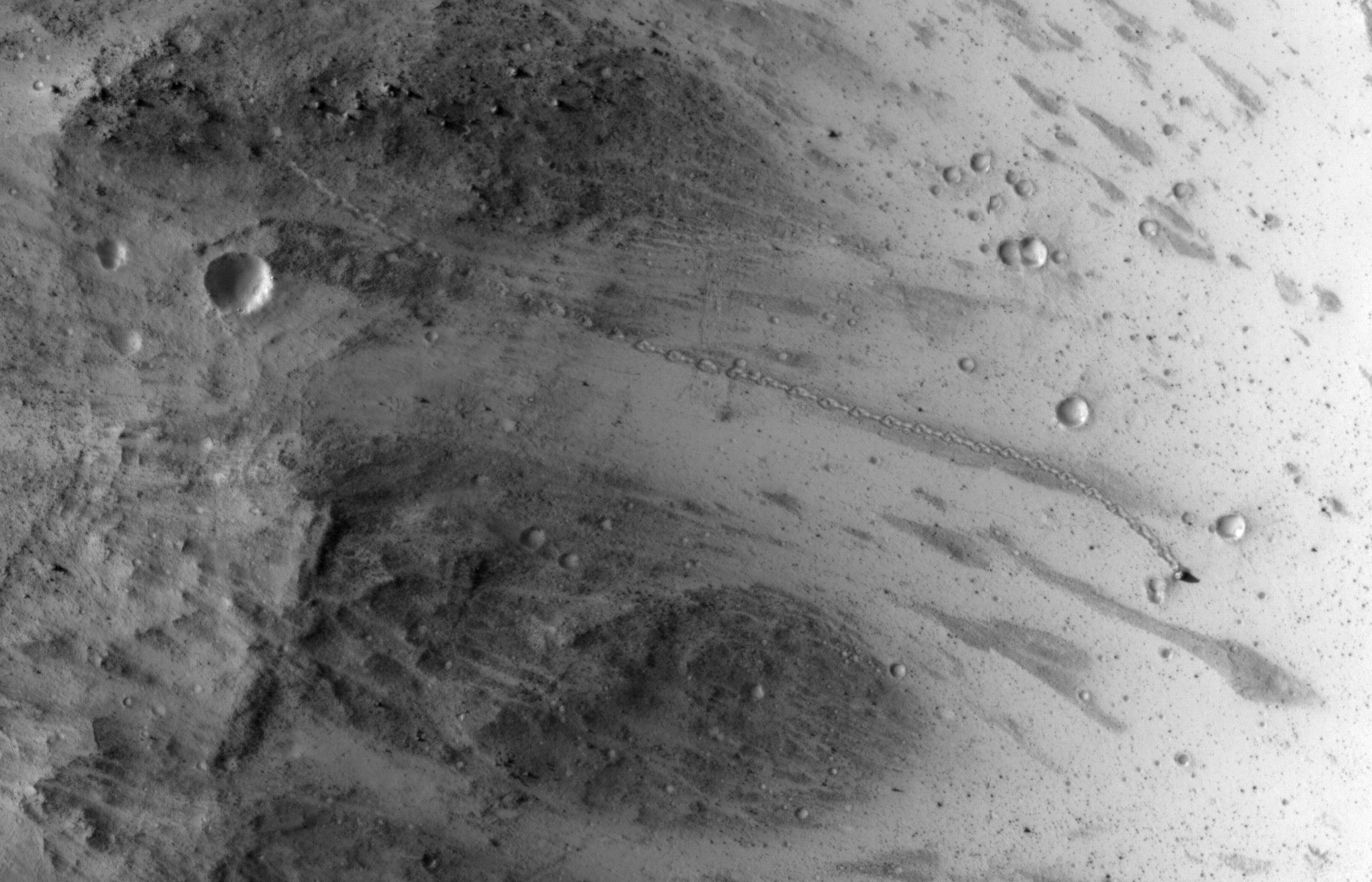 TLDR: The rover is power limited not daylight limited

Lights are not sufficient to enable nighttime driving.

While driving at night might be technically possible if you have lights, you'd be spending more energy to cover the same distance, compromising science operations by reducing their power budget.

Source for 1 and 2: Emily Lakdawalla's excellent 'The design and engineering of Curiosity'.

The Curiosity's radioisotope thermoelectric generator output is limited for the heating elements. "The MMRTG produces less power over time as its plutonium fuel decays: at its minimum lifetime of 14 years when electrical power output is down to 100 watts." https://en.wikipedia.org/wiki/Curiosity_(rover)

The RTG continuously charges 2 batteries. When the batteries are depleted the Curiosity has to sit while the batteries get charged by the RTG. A balancing act of functions can be performed not to fully deplete the batteries called float mode. The batteries serve as a medium between the RTG and the electronics.

The Curiosity's 2 batteries( used for higher electrical demands) will be stressed more by adding any lights and the extra ("electrical heaters strategically placed on key components" to operate [wiki]) will require more electricity.

(The temperatures at the landing site can vary from −127 to 40 °C (−197 to 104 °F); therefore, the thermal system will warm the rover for most of the Martian year.Wiki) I could not find where optimal temperature for operation, but it would be safe to presume from current electric machinery after freezing temperatures the efficiency drops dramatically.

After so many degrees below freezing oils and lubricants tend to gel up making for mechanical resistance in the parts. Extreme cold is bad for any vehicle.

The RTG is directly connected to the heating elements to run at night would requires more heating elements to warm more parts equaling more drain on the Curiosity current batteries shortening the operational life in the short and long run. Lights are not the problem its just far more efficient to run in the day using less electricity for heating.

Most lithium-Ion batteries have a limited number of times it can charged from a depleted state of about 3000 times or 3000 days, but if kept in float mode above freezing they could last much longer. Also charging at night while it is cold is better for batteries.

It could have been build to bigger, heavier, and more high tech to see at night but what is at night that you can't see in the day?

Not the answer you're looking for? Browse other questions tagged curiosity rtg autonomy or ask your own question.

10
Robotics & Space Missions; Why is the physical presence of people in spacecraft still necessary?
22
Can Curiosity pay InSight a visit?
18
How much can the Mars rover Curiosity do autonomously, after four years of operation?
15
Is the Curiosity rover equipped with motion detectors?
6
First LED left on another planet⁺ by humans?
14
Now that Perseverance is "hot" (RTG in place) and before it gets to deep space, how will it stay cool?
4
Has the Curiosity rover ever communicated directly with Earth via its high-gain antenna? Signal strength & data rate?
9
How do the Mars rovers sleep through the night on Mars?
6
Are NASA (and ESA?) deep space spacecraft now generally able to store and forward messages between themselves?
2
Do moon rovers need two headlights?
See more linked questions

59
Curiosity: Why did they "reinvent the wheel" instead of using pressure tires?
18
How much can the Mars rover Curiosity do autonomously, after four years of operation?
4
Have any systems on any Mars rovers failed (even partially) as a result of a dust storm? (besides loss of solar power)
4
How exactly does Curiosity's floating bus work, and how does it continue to operate when voltage drops from 11 to only 4 volts?
6
What is a secondary thwack arm, and what gets thwacked?
1
How many watts of electricity are available for systems during a Mars transit?