What are the chances that the ISS transits the moon as seen from your house (or headquarters)?

In this answer I tried to do a simple probablistic estimate on the distribution of the ISS's ground track passes over Earth's equator.

Recently there is a photo of the ISS passing over SpaceX headquarters, with a Dragon capsule docked to it at the time and the disk of the Moon nearly directly behind it.

Links in the question How does the ISS Transit Finder website get the position of the ISS so accurately? show that you can get a website to tell you where and when to go so that the ISS passes between you and the moon, and that already takes some planning and waiting.

But what are the chances, let's say per year, roughly, that such a transit would be viewable from SpaceX headquarters rather just some location within a 100 km radius of it, and while there was a SpaceX spacecraft docket to it at the same time?

spacex Dragon and the @ISS passed over SpaceX headquarters and across the face of the Moon last weekend. After a month-long stay, Dragon will detach from the orbiting laboratory and return to Earth on August 3. 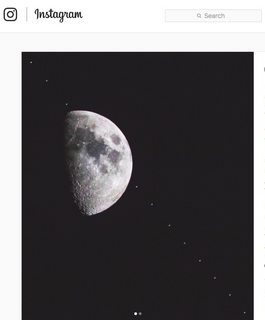 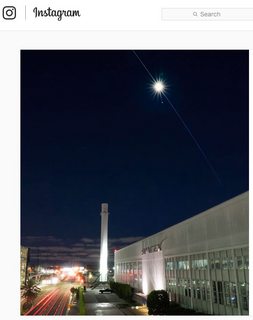 "Bonus points" if someone can figure out when exactly this happened.

10
How does the ISS Transit Finder website get the position of the ISS so accurately?
6
How long does it take for ISS to travel over all possible places of the world one time?
2
Is it possible to predict if an orbiting satellite will pass over a given point on Earth after n periods?

32
Will the ISS need more docking ports?
5
What would your altitude be after you had achieved escape velocity from the moon?
14
Could the current dragon v2 heat shield withstand a reentry from the moon?
48
What caused this bright light from the ground at night seen from the ISS?
5
What area of the Earth can the ISS be seen from?
9
I'm not sure if what I've seen is the ISS or not
10
Is this a photo of today's Soyuz anomaly happening in flight seen from the ISS? What are the little dots?
30
What are the chances that a spacecraft is hit by space junk?