What are “applied moments of inertia” in the context of STS-61B's EASE/ACCESS?

This answer links to https://history.nasa.gov/spacesuits.pdf which shows the image below. (fyi Wikipedia's STS-61 is not to be confused with STS-61A, STS-61B or STS-61C, see answers to Why so many STS-61's?).

STS-61B saw the Experimental Assembly of Structures in EVA and the Assembly Concept for Construction of Erectable Space Structures, or EASE/ACCESS. The results section of that article says:

While torque can have units of lbf⋅ft, the corresponding units of moment of inertia would be lbf ft s². 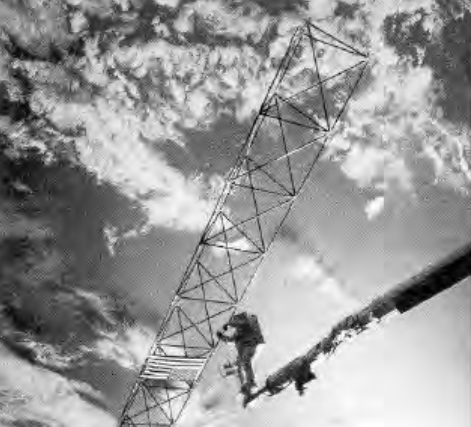 Astronaut Sherwood C. Spring wears the EMU while checking joints on a tower extending from the Space Shuttle Atlantis cargo bay during mission STS 61 -B. He is standing on the end of the arm of the remote manipulator system connected to the space shuttle.

It appears that the author of the Wikipedia article made an error.

The source document, an abstract of the paper Moments Applied in the Manual Assembly of Space Structures: EASE Biomechanics Results From STS-61B simply calls them "moments", not "moments of inertia". Calling them "moments" is OK and basically equivalent to "torques".

Moments applied in these manual handling tasks were calculated on the basis of the reconstructed movements taking into account effects of inertia, drag and virtual mass. Applied moments of 2.0 Nm were typical for beam rotations in EVA. Corresponding applied moments in NBS were typically up to five times greater. Moments were applied as impulses separated by several seconds of coasting in both EVA and NBS.

Not the answer you're looking for? Browse other questions tagged crewed-spaceflight space-shuttle eva reduced-gravity-manufacturing or ask your own question.

16
Why so many STS-61's?
10
Does the ISS medical inventory include a sun-tan/sunscreen lotion/cream?

17
What was the space-worthiness determination procedure for STS-1?
12
What are the two openings above the Shuttle's cockpit?
12
What are the requirements differences between Escape Suit and EVA Suit?
7
Which STS mission raised the normal engine throttle above 100%, and what change to the SSME made that possible?
8
What is making the glow from this image of STS-135 going home, de-orbit burn or re-entry?
16
What are “Ohms burns” in the context of Scott Kelly, KSP, and the Space Shuttle?
27
What were the differences between the STS Orbiters?
6
What are the round screens show in the MOCR near position 19 (FDO?) during STS-49?
11
What caused STS-129's low energy condition on the HAC?