Who zoomed the video camera in and out when David Scott dropped the feather and hammer on the Moon?

This answer to Have optical zoom systems been used in space exploration? explains that there were video cameras on the Moon that could zoom.

In the video below someone (or something) is zooming the camera showing Commander David Scott in the classic demonstration of dropping a feather and a hammer in the vacuum of space. Was this being done by an astronaut or by remote control from Earth?

Courtesy: NASA - Galileo and Apollo 15. At the end of the last Apollo 15 moon walk, Commander David Scott (pictured above) performed a live demonstration for the television cameras. He held out a geologic hammer and a feather and dropped them at the same time.

Ed Fendell, a controller in Houston was controlling the rover camera.

It’s in the EVA-3 mission logs. 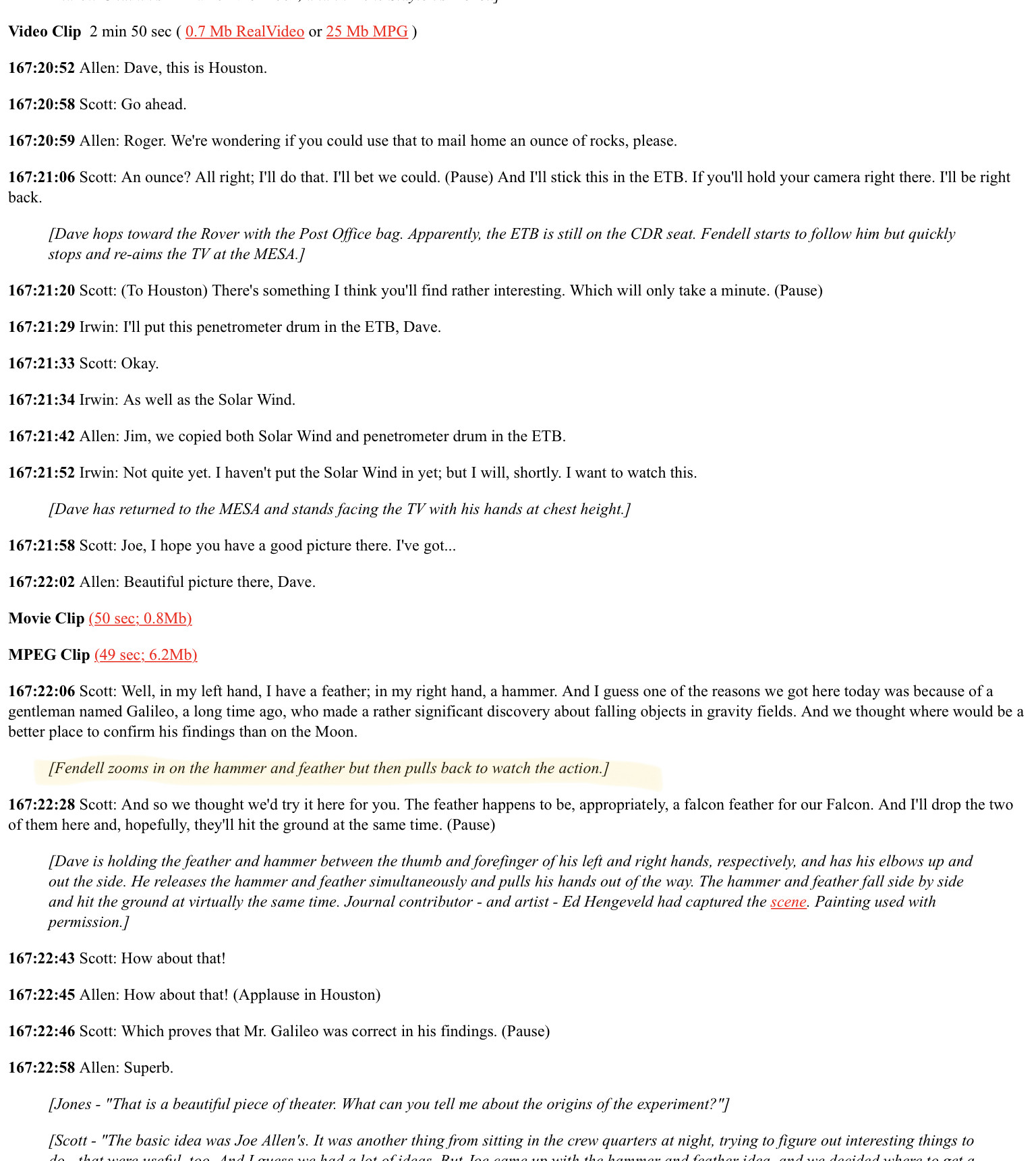 Not the answer you're looking for? Browse other questions tagged nasa apollo-program photography apollo-15 or ask your own question.

20
How did NASA get the video camera on the Moon to track the LM ascent stage, considering the substantial delay?
4
Stanley Kubrick used a NASA-inspired lens to film by candlelight in Barry Lyndon, but what did NASA use it for?
1
Have optical zoom systems been used in space exploration?

44
Who installed the camera on the Moon to film the "First step"?
5
Has anything close to video ("live" or otherwise) been shot in space from beyond the Moon?
20
How did NASA get the video camera on the Moon to track the LM ascent stage, considering the substantial delay?
0
What spacecraft components are in the foreground of this image of the Earth and Moon? What is the camera inside of?
8
Why is there no video of the first steps of Apollo 16 and 17?
12
What programs did David Scott add to the Apollo computer for Apollo 15?
5
Who carried the slide rule to the moon?
4
Can the NASA Ingenuity Copter record video with its camera?