When did astronauts/cosmonauts start cleaning and vacuuming space stations?

Astronauts and cosmonauts on the ISS vacuum the station every week, making sure not to miss any spot.

When was this practice put in place?
What other cleaning practices were used before that?

The Salyut 6 space station apparently had a lot of mold, to the point that it was a deciding factor in its retirement, and the Mir space station reeked of mould, mites and degenerated into a disgusting orbital stinkbomb.

Is the vacuuming done on the ISS sufficient to avoid this and could it have been avoided had it been used on those stations?

For the US space program, it started in Skylab.

Vacuuming of the Orbital Workshop mixing chamber screen, the waste management compartment screen, and other environmental control system screens was performed on an as-needed basis, usually about every other day. Screens with large mesh did not require vacuuming since most of the debris passed through them. The fine mesh screens however, collected a great deal of debris such as lint, food particles, hair,and paint chips.The debris was easily removed with the vacuum cleaner.

You can see the vacuum cleaner in use to collect hair during a haircut here. 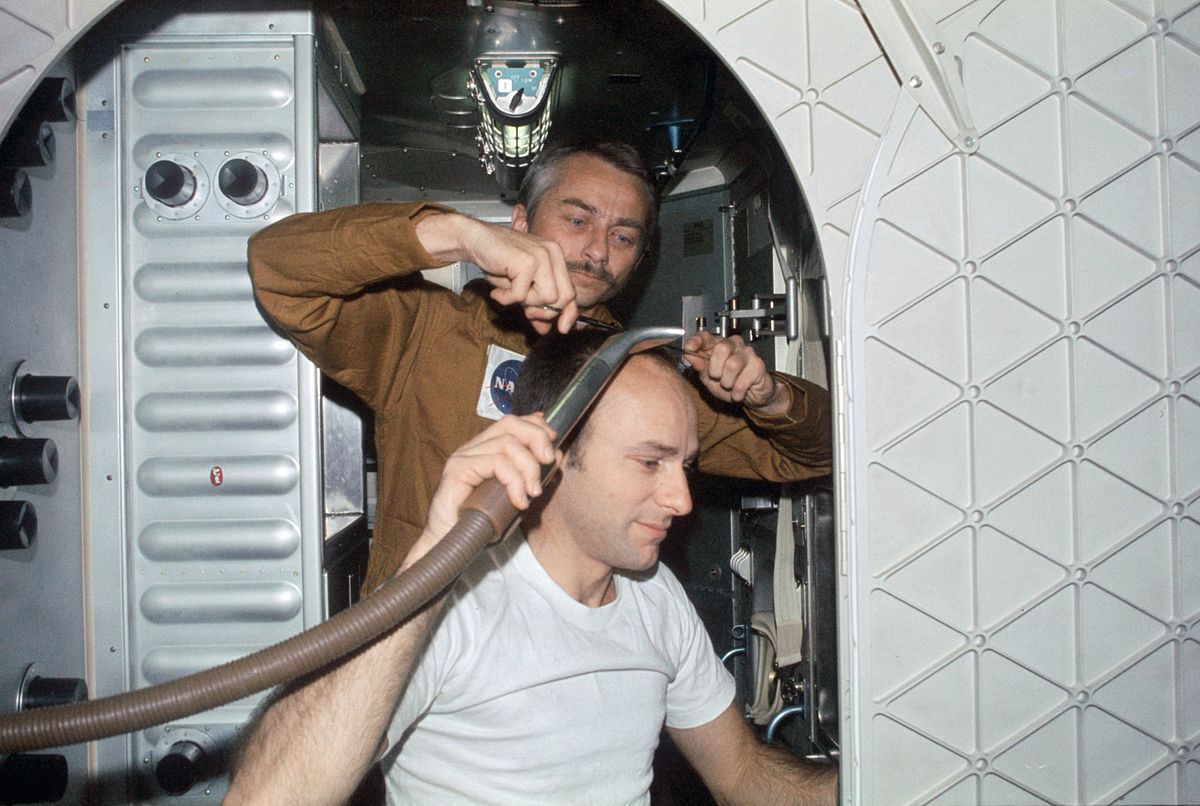 From Wikipedia but by NASA

Partial as short of time, will add later:

This is partially useful:

(describes cleaning in both Skylab and Salyut)

During the Soviet space station era it became obvious that with operational time, surface and atmospheric contamination increased. To keep the contamination level down, the interior of the Salyut stations and the housekeeping strategies evolved from the first station to Salyut 7.

Salyut had a trash ejector compartment - well not really, it was supposed to be for science experiments that needed access to space but it was also used for dumping things, when not filling up Soyuz with it.

As noted in the link they had cleaning days and access to vacuum cleaners.

Most of the article is devoted to Salyut 6 but given Salyut 1 (1971) had a long duration crew they would have had to clean too.

Even before Salyut, Soyuz had a toilet in the orbital module (and still does) so they would have considered cleaning regimes for then too.

Amusingly, and replicated much later in the ISS:

Dumitru-Dorin (Salyut 6) "We had a vacuum cleaner with back exhaust air, sold in Eastern European stores under the name 'Raketa', that looked like a rocket (...) fed by a long cable from he station's electrical network, and sometimes (...) you just took the vacuum cleaner between the legs, turned it on and then you flew like a rocket inside the station." 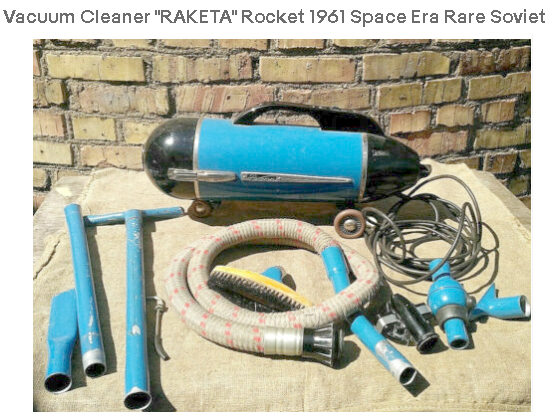 13
Melanized fungi on the ISS - are they 'enjoying' the elevated radiation levels there?
9
Why was the ISS' DC vacuum cleaner replaced with an AC version? Are there "wall sockets" throughout the ISS where it's plugged in?

16
What lessons in Space Station design have come out of the ISS?
19
Are there any promising next-generation space station cooling technologies?
21
When Mir's attitude control computer failed, why did the station immediately start rotating?
11
Largest inhabitable volume in space
13
Did all of the Space Shuttles dock with multiple space stations or crewed spacecraft?
8
How was APAS-89 chosen for Buran and Kristall?
6
Why did Salyut 7 go completely dead when its solar-array-pointing system failed?
4
Did astronauts and cosmonauts headed to the Mir space station go into quarantine before launch?
5
Was TORU really used on Salyut space stations
35
What led NASA et al. to decide the ISS should be a zero-g station when the massive negative health and quality of life impacts of zero-g were known?