How was the airlock for the ISS' minisat launchers installed?

I assume that the crew in ISS can manipulate the minisats manually before they are launched, so they must be launched through some kind of airlock. Was this airlock designed for this purpose, or do they make use of an ordinary airlock for astronauts?

So both small satellite deployers currently available on the station are accessible via the Kibō airlock, which itself is too small to be used for egress and ingress of astronauts during EVA (Extra-Vehicular Activity), and is exclusively used to access externally, on Exposed Facility (EF) mounted experiments, deploy SmallSats (with the two deployers mentioned), and similar, where MPEP and JEMRMS serve as means of getting hardware and experiments into the airlock and back out again. Its dimensions are 576x830x800 mm, it has less than 600 W of peak power available to it, and it is attached to the Kibō's Pressurized Module (PM).

To my knowledge, Kibō airlock was always attached to the Kibō PM, since it was launched to the station on May 31, 2008 aboard STS-124. Actually, even before, as mentioned on this page that's describing airlock's functional test (test was already conducted inside the flight model of Kibō's PM, in August 1999).

This image explains its use (from JAXA's page on Kibō Structure - Airlock): 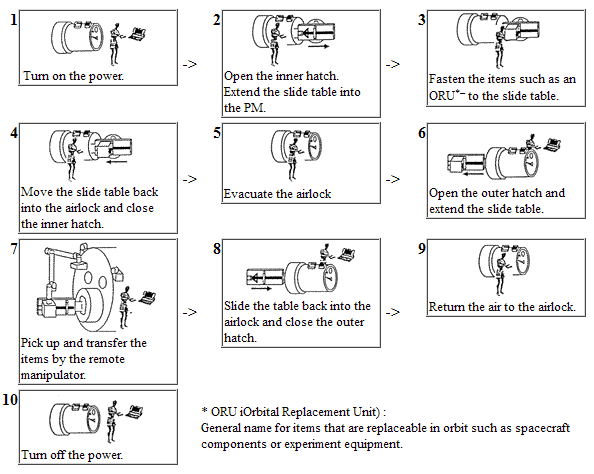 This isn't really an answer but offered up as a supplement to Tidal Wave's answer - I can't post an image as a comment. This picture was taken as the payload bay doors were being closed on May 10, 2008 in prep for the STS-124 launch, and shows the airlock being present between the JEMRMS (robotic arm) and the four-pronged connector that would hold the exposed payload facility in the future. Feel free to take the image and incorporate it into the other answer.

This image also shows the enormous size of this payload. 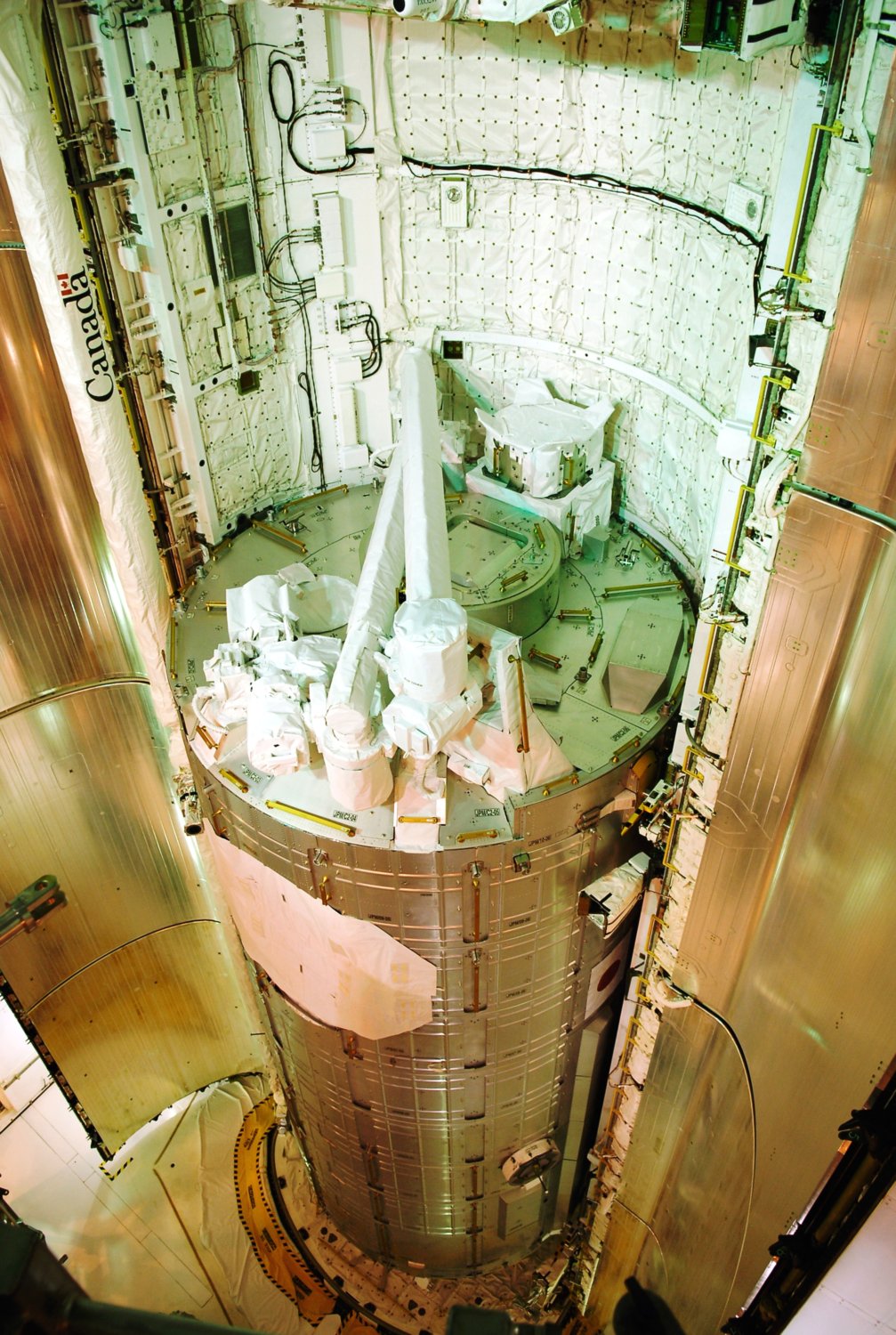 Not the answer you're looking for? Browse other questions tagged iss artificial-satellite cubesat airlock or ask your own question.

7
What is the airlock on Rassvet meant for?
14
What is the cause of discoloration along the edges of the Quest Joint Airlock thermal cover?
18
Why is NASA planning to deorbit the ISS instead of reusing its newer modules, like the Russians will?
9
By what methods can cubesats move from LEO to higher orbits?
6
Why would the future Nanoracks airlock be built so that it must be removed from the ISS to deploy cubesats?
4
What is the fastest time for donning a space suit?
21
Why aren't the 'bedrooms' aboard the ISS also the escape pods?
12
How was the Space Shuttle Orbiter used for ISS Reboost?
3
ISS: Airlocks between pressurized modules?