Was there a Moon landing mission that the astronauts had to land by hand? [closed]

I remembered that I once read an article about the design of the controller, but now I can't google it out. In short, it talked about the control panel of one Moon landing mission was full of technical number, and not a good design for human. When landing on the surface on the Moon, those numbers went wildly too much that they could not rely on them. In the end, they had to use their own senses to land. In an interview, they said that this would almost kill them.

Does this ever happen?

The digital computer on the Apollo spacecraft (virtually identical units in the CM and the LM) used a keypad input and numeric display output which was not very intuitive to use, although the intensive training the crews underwent probably helped it feel relatively natural. In theory, the crew could designate a landing point, and the computer could use the ship's radar to watch the surface and land in a completely automatic mode.

However, the LM also had joystick controls and windows, and in practice, for each of the Apollo landings, at around 500 feet altitude the commander switched the computer into a semi-automatic mode called P66 attitude hold. In this mode the commander could adjust the rate of descent by 1 foot-per-second at a time, and adjust the attitude (orientation) of the lander via joystick -- turning it slightly toward any direction would cause it to accelerate in that direction.

The LM didn't have a good view directly downward, however, so P66 required coordination between the commander (looking out the window and flying the ship) and the LM pilot (looking at the computer displays). If you read the transcripts of Apollo 11 around the 04 06 43 11 timestamp, you'll see the LMP (Aldrin) calling out altitude and speed figures, while Armstrong is steering around, looking for a good flat spot to put down.

It was absolutely a challenging and scary process, as evidenced by Armstrong's heart rate at the time, but the crews had practiced it, and managed 6 out of 6 safe landings over the course of the Apollo program.

It seems pretty clear from this photo that everything was visible. There were definitely some difficult aspects of the journey. 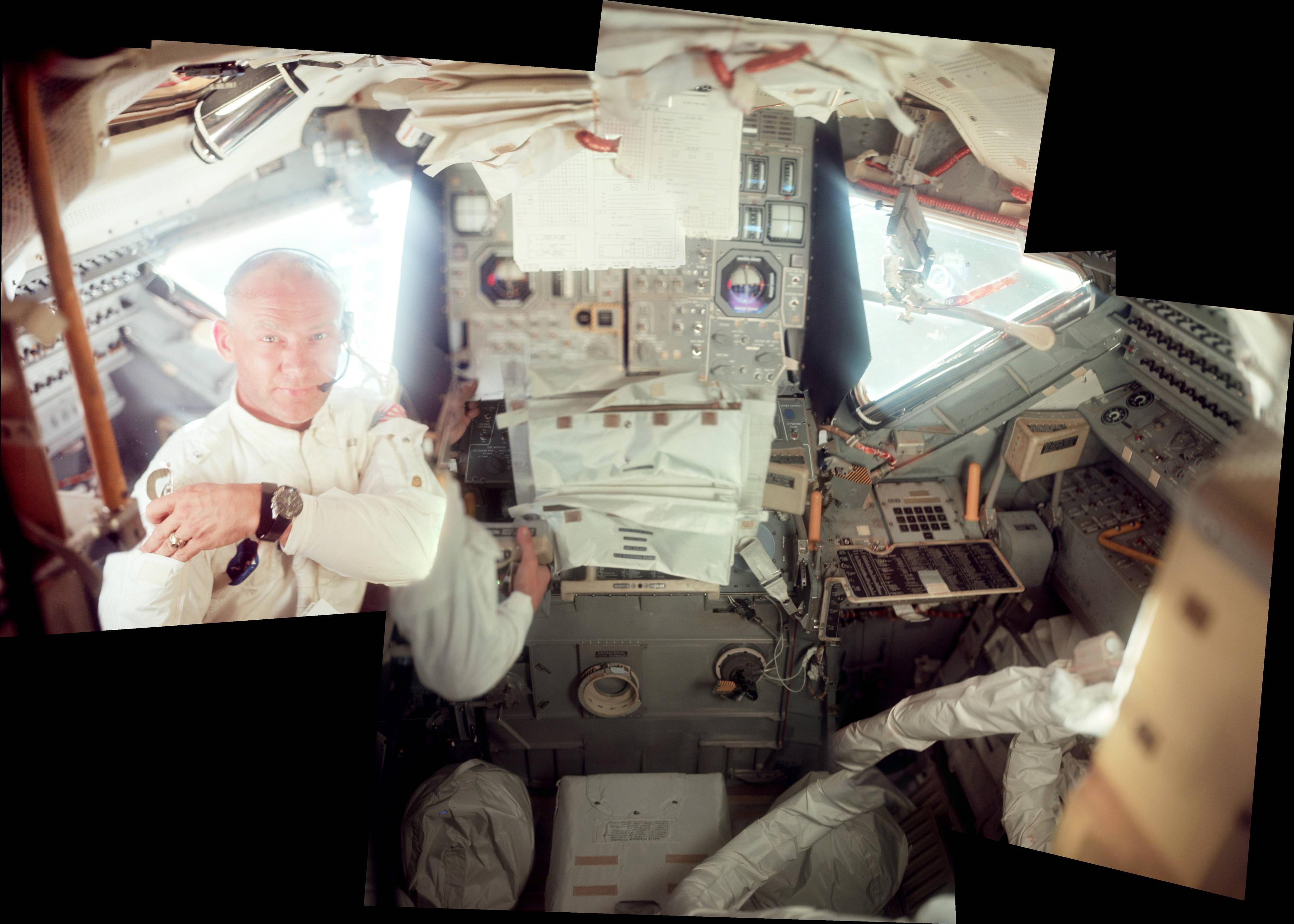 The truth is, the LEM was largely computer controlled. Humans helped in the landing spot selection, and could adjust the aimpoint, but that was really all they were doing. There were some adjustments made by virtue of some written numbers that might have been illegible in flight, but they could get used to the numbers in training and adjust, even if they couldn't read the number. Essentially the windows had numbers in them to program into the computer to adjust the landing site.

You might read "Digital Apollo: Human and Machine in Spaceflight", which is where I learned how this works.

Not the answer you're looking for? Browse other questions tagged the-moon apollo-program landing design death or ask your own question.

21
Why did Armstrong pilot the LM, when Aldrin was tasked as Lunar Module Pilot?

11
The upcoming landing of Chang'e 3 on the Moon - Is there detailed information about it anywhere?
27
How far can you fall on the Moon without injury?
3
Can landing modules use left over fuel from earlier stages?
3
How would vertical landing scale with size - does bigger = “easier” (actually)?
26
Was a one way trip to the moon considered by the crew of Apollo 13?
3
What are NASA's dozen payloads for the Moon that will be ready for launch by the end this year? (2019)
21
Is there any way to land a rover on the Moon without using any thrusters?