Why is the InSight ICC camera still dirty after the lens cover has been removed?

Two images from the ICC (Instrument Context Camera, a fixed camera under the InSight lander looking at the area of the deployable instruments will be placed) have had the lens cover removed, but the picture still seems to have dirt. Was this intended or expected? 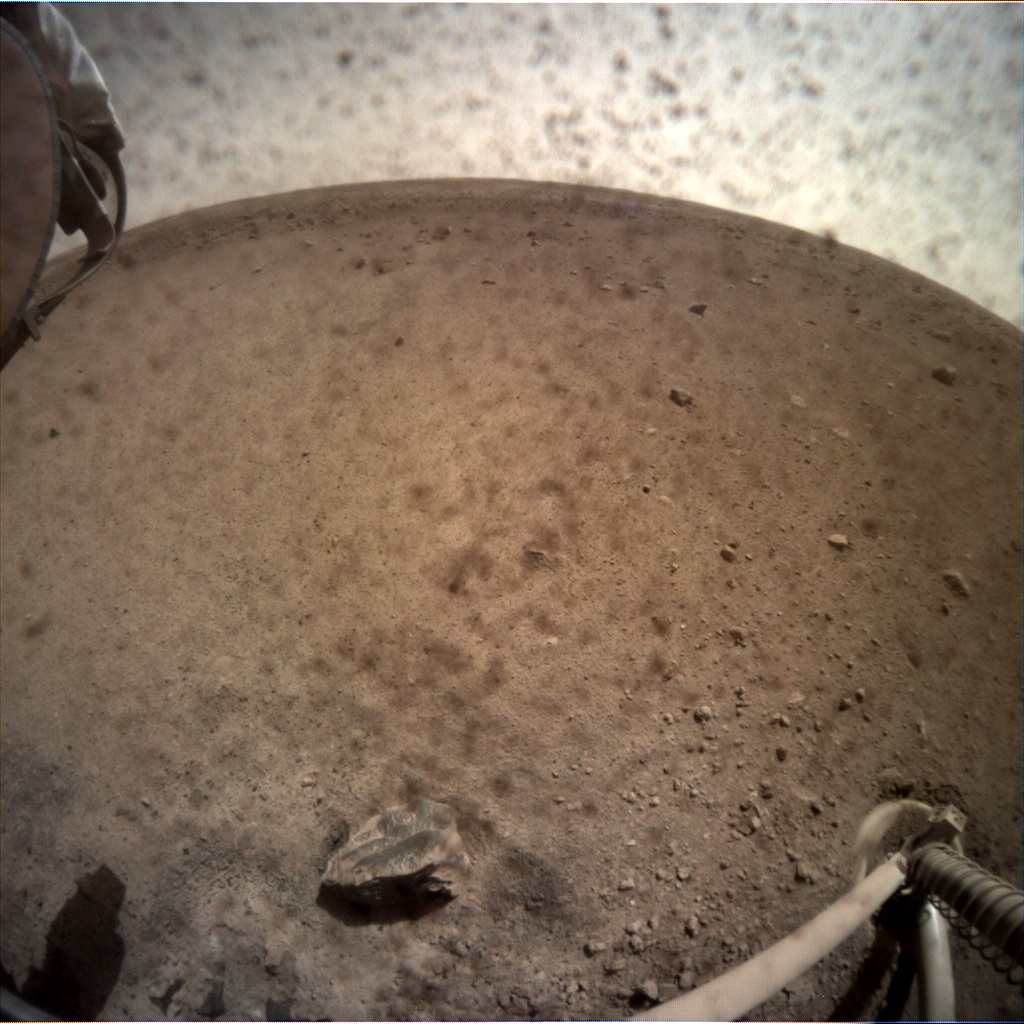 an earlier picture for comparison: 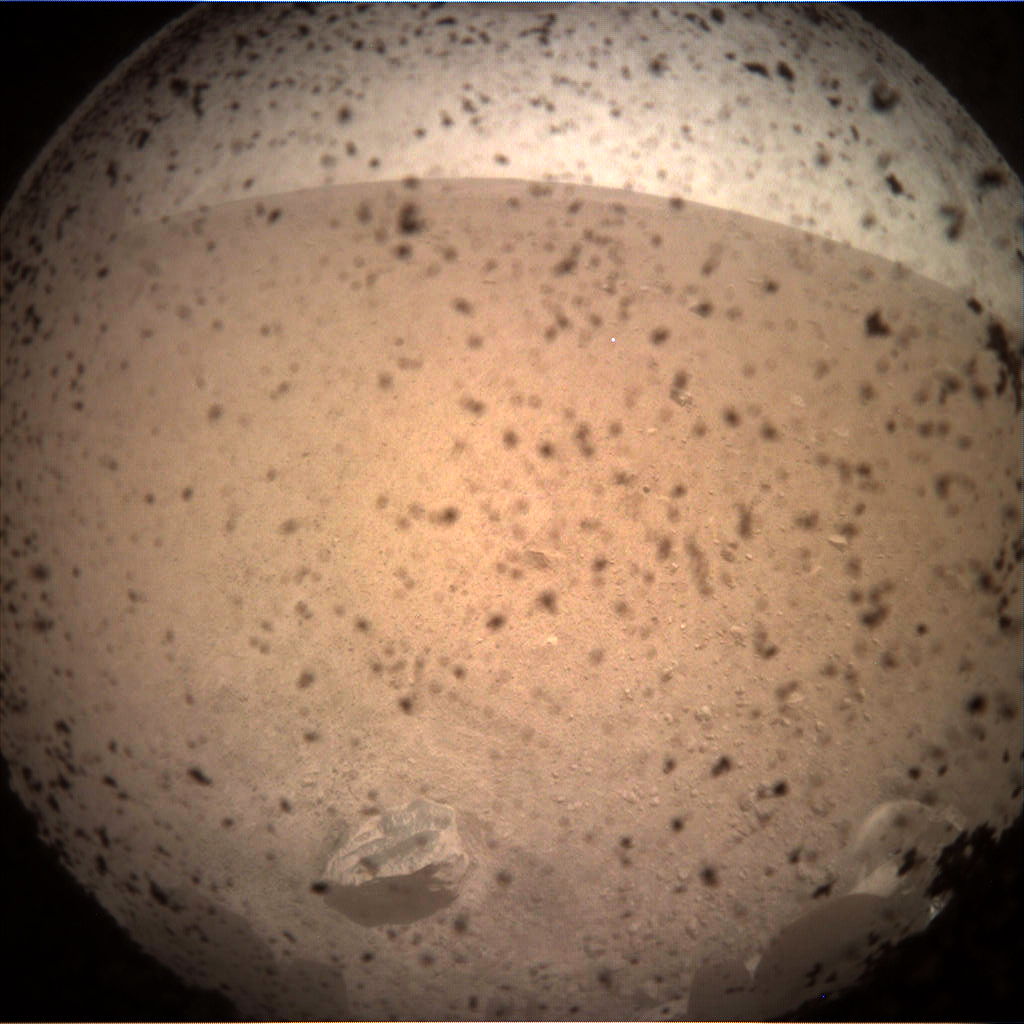 Possible Answers: The camera is mounted just under the landers top surface, and obviously was exposed to a large amount of fine debris being blasted about upon landing. The cover I believe is a heat triggered spring loaded cap. Now as to why it failed to keep the dust out requires access to greater knowledge of the camera and cover design; such as was it pressure sealed, what the pressure was in the space between the cap and camera lens, if not a vacuum what gas was in between the cap and lens, etc.. I suspect if the pressure was less than that on mars then when the cap opened the dust might have been drawn towards the lens. The basic design I have looked at suggests the dust from the cap might be flung back up onto the camera lens from behind as the cap flips open under the camera. There might have been a static effect on the lens that attracted the particles as well.
And finally if the surface contains frozen ice particles that melted due to the thrusters then this may have condensed on the lens to some degree and when the cap opened the dust may have stuck to this moisture (although I doubt this would be the case days later in the low pressure of mars).

6
Since NASA's InSight Lander's launch has been delayed by two years, are there any plans to edit its payload?
19
Curiosity is still dirty! How will the ExoMARS Rover keep its solar panels dust-free and collecting sufficient power?
4
MarCo, Polo? Any further news, or images, or transmissions from the MarCo deep space cubesats?
2
How will InSight's RISE antennas end up pointed in the right direction?
7
Why didn't NASA use the “Sky Crane” method for landing the InSight mission on Mars?
3
Why was MarCO-B CubeSats flying away after InSight landed?
3
Why are the two ICC images so different?
2
Why does the SEIS require a bellows type wind cover?
3
What is the meaning of this writing on the InSight lander, and why is some in Braille?