Why didn't NASA use the "Sky Crane" method for landing the InSight mission on Mars?

The "Sky Crane" was able to land Curiosity on Mars which weighs about 900 kg. The InSight lander weighs about 358 kg.

Why was a new landing method designed, instead of re-using all components of a known working method? The Sky Crane could have allowed for a lot more scientific experiments on the Insight Lander, maybe it could have even navigate to a more favorable location due to a larger fuel capacity.

InSight was proposed to a competitive Discovery mission call. Discovery was cost-capped at $425M for pre-launch development. Either a build-to-print Skycrane or a new Skycrane development would simply be too expensive to fit with the rest of the development under such a cost cap. (The cost of the launch vehicle was not included in the cap. However that cost would also be a consideration in the competitive selection, being quite a bit higher to launch a build-to-print Skycrane.)

Trying to make use of the additional payload capacity of the heritage Skycrane lander with more instruments would make it even more expensive, blowing the cost cap by a significant multiplicative factor.

It is not the case that there was a "new landing method designed". It was a build-to-print, to the extent possible, of the previously successful Mars Phoenix lander.

(Note: InSight went over its cost cap by $150M due to technical issues delaying the delivery of the foreign-supplied seismometer.)

Unless there is some other source that you can link to the landing method looks like that used since the Viking landers in various forms. The Skycrane is very much the exception for space probe landing methods and only chosen because it was the least worst method to land Curiosity.

Fundamentally the cost of a mission is driven by mass, and the mass budget for InSight is around 1/5 that of MSL. If they had chosen to land by Skycrane pretty much the entire mass budget would be the skycrane assembly that then crashes without doing any science, or multiplying the mission cost by five. You are right that where possibly re-use something proven to work is smarter and cheaper, but the parent craft for InSight is Phoenix, with both designed to deliver a specific set of instruments to the surface of mars in a cost effective way that can be repeated several times for the cost of a single MSL mission.

The difference in payload mass between MSL Curiosity and InSight isn't just because of the landing mechanisms, but the launch vehicles. MSL used an Atlas V 541, while InSight used an Atlas V 401. 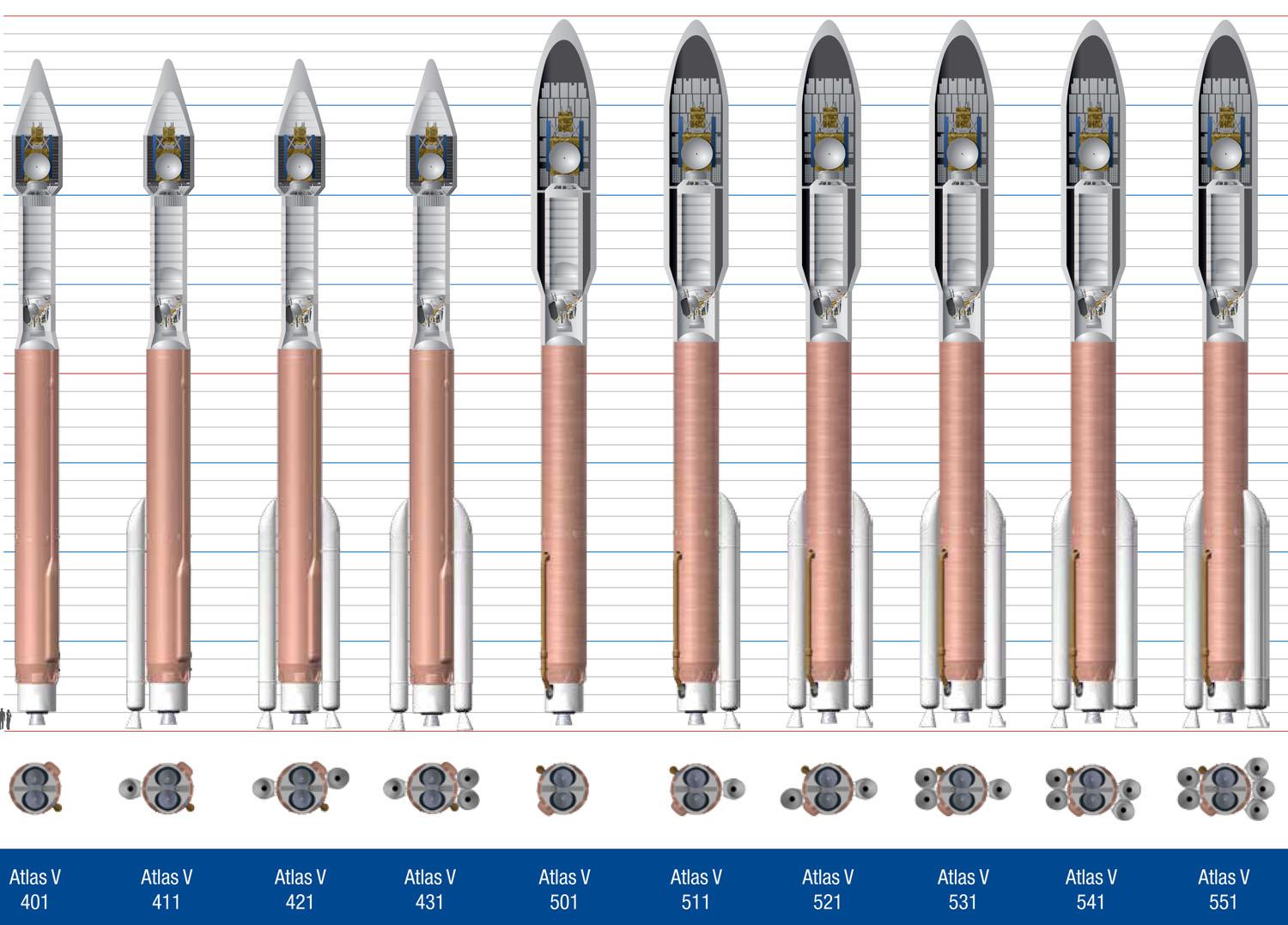 From looking on the NASA performance website, it looks like the 541 has about twice the usable payload to Mars (I think the C3 for a Earth-Mars transfer is about 16 km2·s-2, not 100% sure). 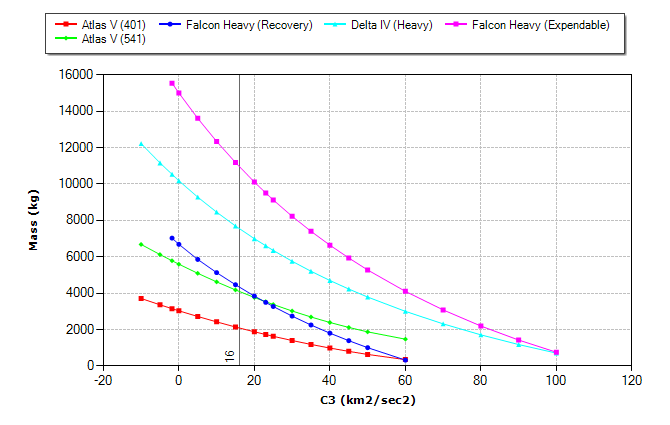 Other launchers are plotted for comparison; you may also notice that the Falcon Heavy which is current launcher with the greatest thrust, is barely competitive with the Atlas V 541 for Mars missions; this is due to the lack of a cryogenic, high-efficiency upper stage. Scott Manley (of KSP fame) talked about this in a video a while back.

Not the answer you're looking for? Browse other questions tagged mars lander insight or ask your own question.

5
Why did NASA intentionally crash-land the Curiosity and Perseverance sky cranes on Mars?

25
What problems led to the use of the Sky Crane system used by Curiosity?
0
How long was the trip from Earth to Mars for Insight?
0
Mars InSight mission. From dull to shiny copper in just 8 days?
5
What is this retroreflector on the Mars InSight lander used for?
4
How was sky crane (used on Mars Science Laboratory's Curiosity) tested?
2
Why did Perseverance have cameras to record the sky crane operations?
3
Plot of the thermally-induced tilt in Martian surface during solar eclipse by Phobos? (slope of 1 atom per meter?)