Can you estimate the diameter of the marked small craters of Mars in the firsts HiRes pictures released by China?

I would like to know the diameters of the smallest craters that can be clearly distinguished inside the black circle (see the quite large size image below). 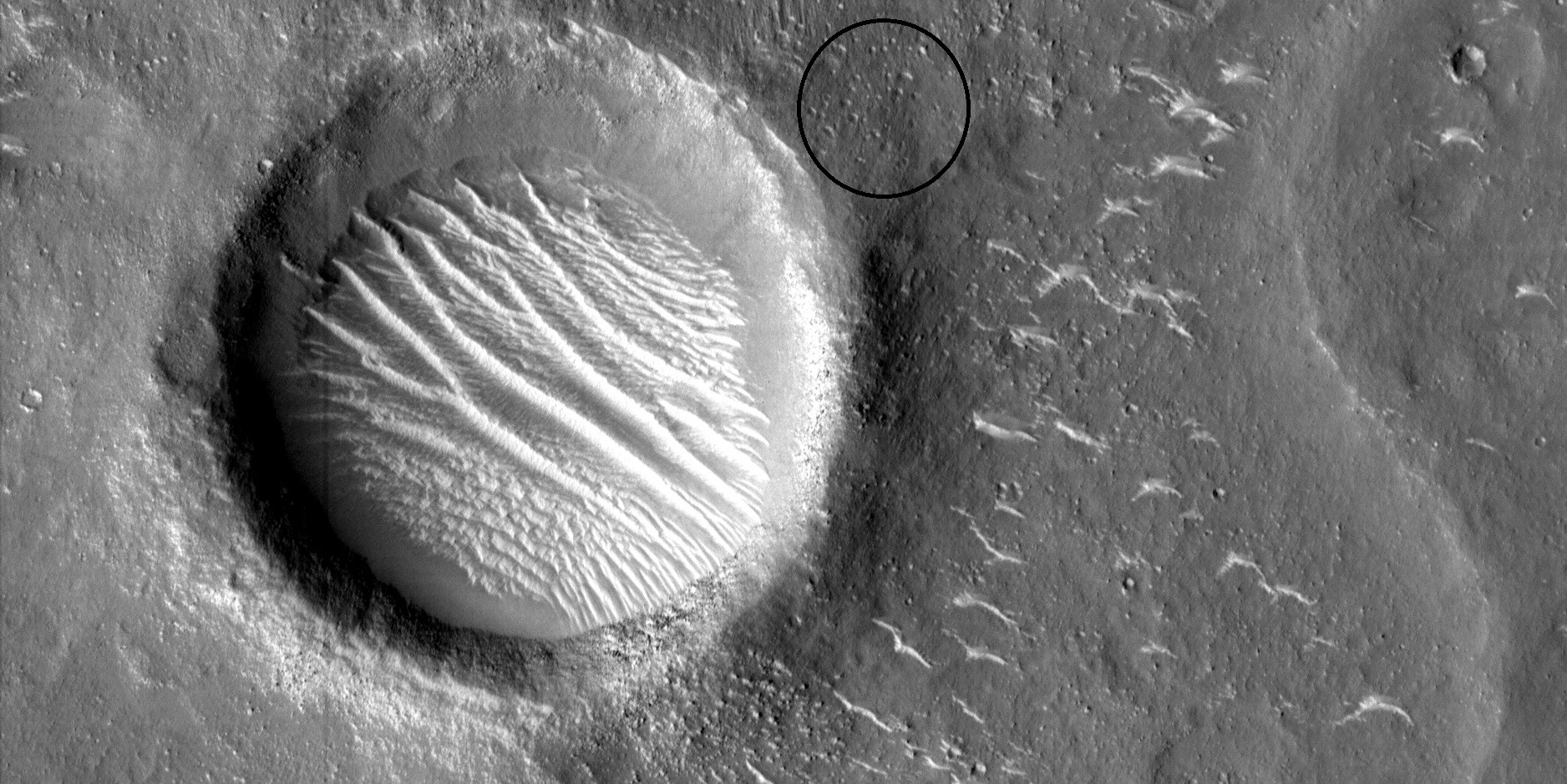 I can estimate, but it is no more than that. From this page:

It is estimated that the diameter of the largest impact crater in the images is around 620 meters.

Based on looking at the uncropped images, that is the crater in your crop I think. So then doing some measurement from the image I make the smallest craters around 7m.

However this is confusing: the page I linked to above quotes a resolution of 0.7m which makes this very plausible. But the page you cited quotes the resolution as 7m, which would make these craters much larger than that (and therefore the big crater much larger than 620m).

I suspect but don't know that the '7m' resolution figure is wrong: it really is 0.7m. The reason I suspect this originates from this answer by uhoh. In that answer the resolution is quoted as, at an altitude of 265km 'better than 2.5m, in key areas better than 0.5m'. Well this image is from about 350km, so that gives a worst-case resolution of about 3.3m, and a best-case one of about 0.66m. Neither of these is anywhere near 7m, and the second one is quite close to 0.7m. So I'd guess (but it is no more than this) that the resolution is about 0.7m and thus a 7m diameter for these features is plausible.

Not the answer you're looking for? Browse other questions tagged mars camera mars-orbiter-mission tianwen-1 or ask your own question.

1
Will the HiRes camera of the Chinese orbiter be capable of seeing the shadows of the landers and rovers on Mars?

12
What risk management options are available for Mars orbiters and rovers to mitigate threat of impacting with Siding Spring cometary debris?
57
Curiosity: Why did they “reinvent the wheel” instead of using pressure tires?
17
What is the cost estimate for a manned Mars mission?
19
Curiosity is still dirty! How will the ExoMARS Rover keep its solar panels dust-free and collecting sufficient power?
3
Why is this “grainy footage” of a Martian (sky) from Curiosity so grainy? Cloud snaps by Opportunity look great!
9
Why was the “Presidential Panorama of Mars” called presidential?
5
Why are the gaps in MRO global images of mars so irregular and sometimes filled in?
2
What are these mysterious white star-like dots near MU69 Ultima Thule? Real objects near the asteroid, noise, cosmic rays, or something else?
13
Do Mars rovers protect optical windows during dust storms? Do they “avert their eyes” or do they just “grin and bear it”?
1
Locations of the terminator on Mars' surface on 1976-07-24T10:35:26Z?