How many leaks have been fixed on the ISS, roughly?

Leaks come in all sizes. Very small ones might be ignored or remain undetected, slightly faster ones might be identified and dispositioned; if they are slow and going to remain stable, they might not be repaired. Leaks that are faster-still, or that might be unstable however are likely to be fixed immediately.

The video below, found in Spaceflight Insider's How was the exact location of the recent ISS air leak found? shows clips of use of an ultrasonic leak detector aboard the ISS and at least one instance where it seems a leak was repaired.

After astronauts determined from which of the modules the leak is coming from, in this case the upper section of the Soyuz MS-09 spacecraft, they used a device called an ultrasonic leak detector (ULD) to find the precise location of the Soyuz spacecraft that was leaking atmosphere.

Question: Roughly how many leaks have been actively repaired (fixed) on the ISS?

If it's possible to answer, I'm also curious if the existence of any were initially discovered by ULD use, or if the leaks that were repaired were all first sought after a drop in pressure was recognized.

below: screenshot from a recent Roscosmos tweet of cosmonaut Sergey Prokopyev(presumably) talking about the lead detection and repair and showing an ULD? (I can't speak Russian, but presumably this is correct.) Translating the text using Google: 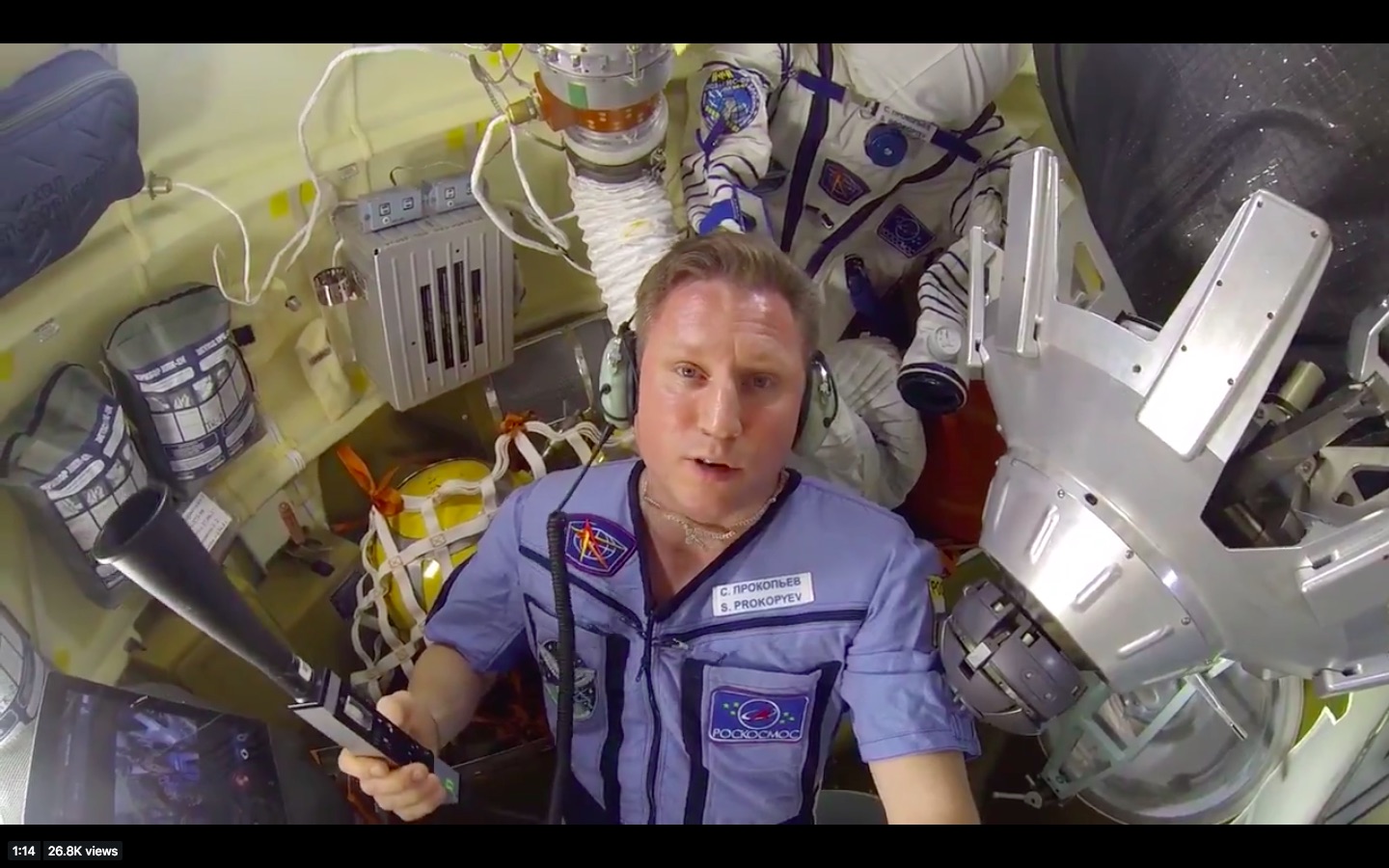 I have found four instances of cabin air leaks on the ISS being publicly discussed.

A feature of the airlock design is that a depress pump can pump cabin air from the airlock back into Node 1. Instead of having to vent the cabin air overboard when depressurizing the airlock, and thus losing the valuable air resource, the air can be saved by putting it back in the ISS stack. This would only work as long as the hatch seal between Node 1 and the airlock did not leak. It also meant that the seals in the air lines between the depress pump and Node 1 could not leak; otherwise, cabin air would leak back from Node 1 into the airlock.

It was quickly discovered that a leak existed in the air lines when the depress pump was first turned on, thus allowing air from Node 1 to leak back into the airlock. This leak prevented crew members from being able to keep the airlock at the lower pressure they needed.

The Ultrasonic Leak Detector (ULD) was used to locate the leak and it was fixed by tightening fittings. 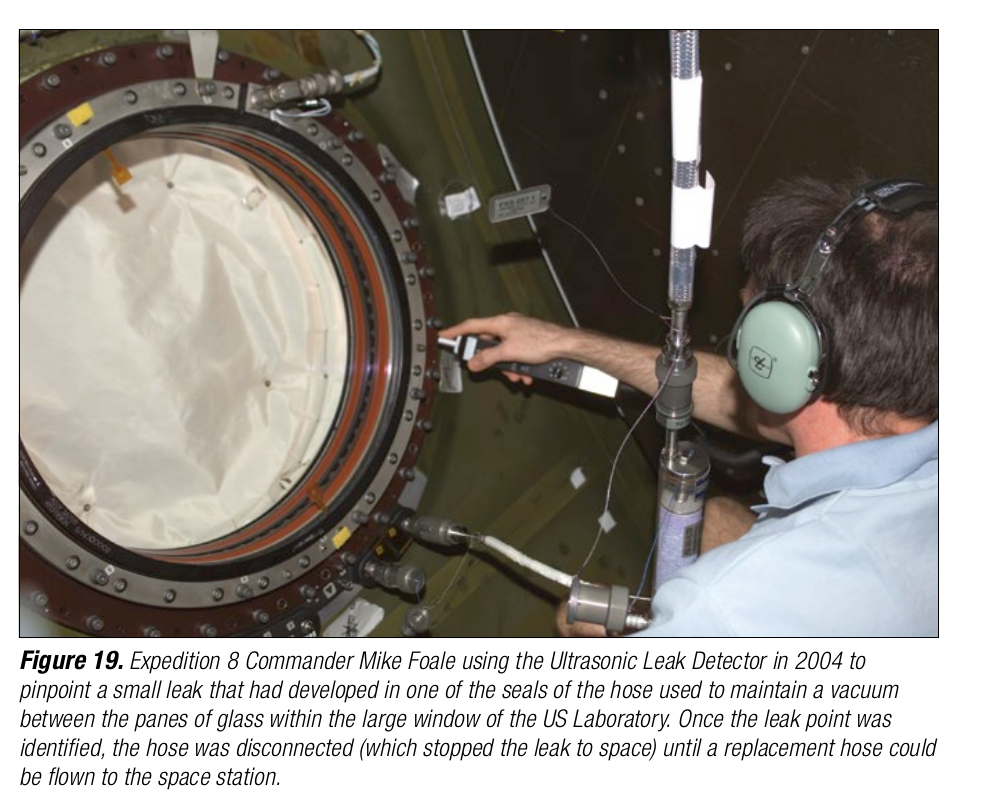 The crew then patched the leak using polyimide masking tape (aka. Kapton tape), an industrial tape that is extremely resistant to extremes in temperature

Not the answer you're looking for? Browse other questions tagged iss russia in-space-repairs leak or ask your own question.

21
Has sound ever been used to diagnose a problem not shown by other measurements?
18
Tea bags to find the leak on the International Space Station?
6
Can they isolate individual modules on the ISS?
3
Where is the hole now? (ISS/Soyuz spacecraft hole)

12
How many airlocks does the ISS have?
21
How many and/or what kind of animals have ever been on the ISS?
4
How many countries have sent personnel to the ISS?
6
How many nuclear fission reactors have been launched into space? How many are still there?
2
Is this window zenith-facing? (ISS docked Soyuz) If so, how directly?
5
How many capsules have visited the ISS more than once?
3
Where is the hole now? (ISS/Soyuz spacecraft hole)
16
What (if any) replacement parts have been 3D printed on the ISS and then installed?
3
How many "main" batteries does the ISS have? How many are still nickel-hydrogen?