What are these Soyuz Astronauts/Cosmonauts holding in their hands before launch? [duplicate]

What are these Soyuz Astronauts/Cosmonauts holding in their left hands before launch? I suspect it must be the pump for the active cooling system by pumping water similar to those in EVA suits, but it would be great if you could clarify that. But if that is the case, why don't they have them after landing? Will they leave them inside the Soyuz capsule itself after landing? During the launch, where will they keep these in the small crew compartment? 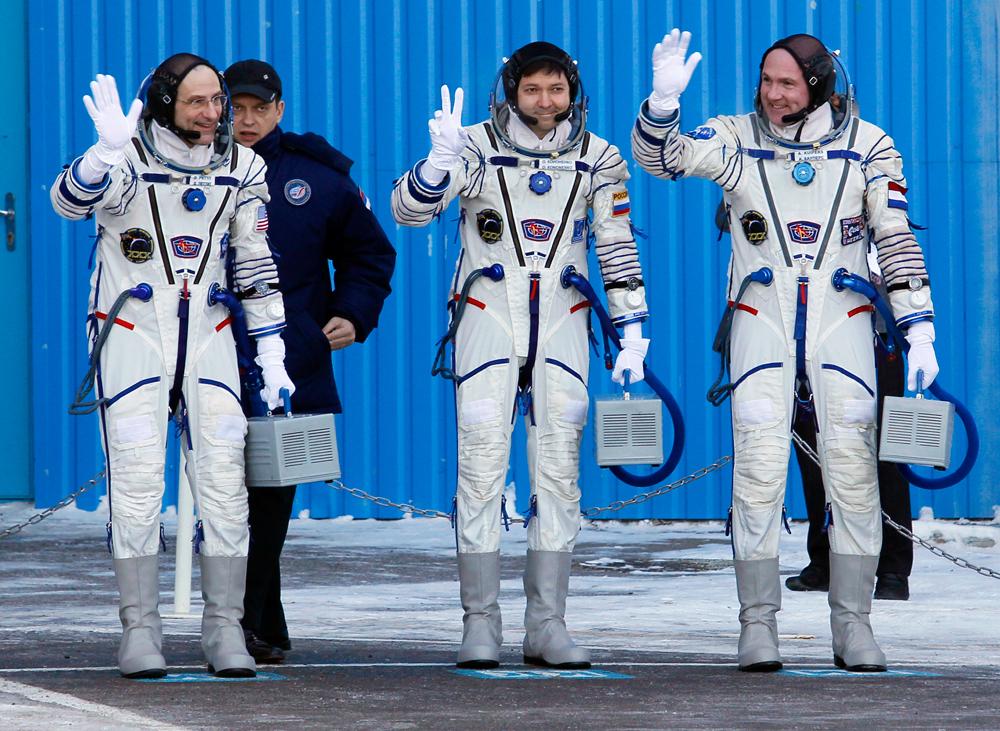 They're portable cooling units for the spacesuits, as you guess, but they aren't used aboard the spacecraft; instead, the suits are plugged into the spacecraft's environmental systems. They're only used between suiting up and arriving at the launch site, hence they aren't stowed aboard the Soyuz and aren't with the crew at landing time.

In the hands of each of them are small suitcases - there is a life support system for spacesuits. What cosmonauts do just before the flight

Not the answer you're looking for? Browse other questions tagged astronauts identify-this-object soyuz-spacecraft launch-sequence roscosmos or ask your own question.

2
What is the blue box that the Exp. 53 Astronuats/Cosmonauts carried with them?

8
How does radar calibration using LEO orbited calibration spheres work?
15
How do astronauts and cosmonauts sleep on a Soyuz?
14
What are these tiny triangular fins on the Soyuz launcher?
21
Did the soft-landing rockets malfunction in the Soyuz (expedition 50 crew) landing?
3
Emergency decompression of a Soyuz space ship and decompression sickness?
5
Does deploying the parachute dehermetize Soyuz?
4
What do the insulation and meteorite protection layers being opened on the Soyuz MS-09 spacecraft look like?
2
Why are these Soyuz Astronauts/Cosmonauts wearing sun glasses and a blanket after landing?
8
How much of the printed materials (manuals, instructions etc.) were allocated for the crew's use in Space Shuttles?
12
What is this device/object that the SpaceX astronauts are holding?